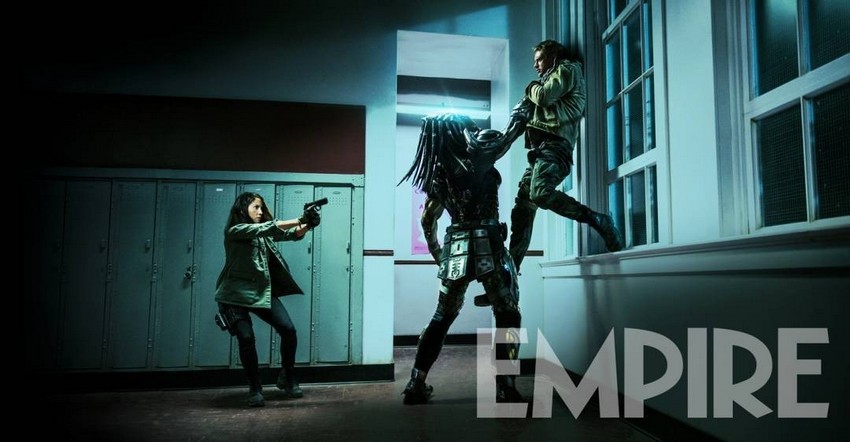 I will admit it, the first trailer for Shane Black’s The Predator was not a great one. In the immortal words of Geoff, it was totally fine. That doesn’t mean I didn’t get hyped up though. The source of my excitement mainly had to do with the action filmmaking pedigree of Black – who actually acted in and ghost-wrote some of John McTiernan’s original Predator film before going on to help create such classics as Lethal Weapon, The Last Boy Scout, Kiss Kiss Bang Bang, Iron Man 3 and The Nice Guys – as well the crazy talented and cool cast he had assembled for this sequel.

And now we have a second trailer for The Predator and this time it’s the sole source of all the hype as this preview ups the story/character beats and also shows off way more of everybody’s favourite dreadlocked alien hunter. Maybe a bit too much actually. There’s a moment at the 0:47 mark of this trailer that is undoubtedly a big wow moment and which has now seriously flipped my expectations of this movie to the point where I need to know what the hell is going on. However, it’s a moment that some may want to preserve for seeing on the big screen for the first time. If that is the case, then watch until 0:47, and stop the video just to play it safe.