Remaking British TV shows for American audiences is a long running practice, but one that’s mostly ended in failure. This is mainly due to the Obamafolk’s inability to capture that unique British charm. That signature dry wit just doesn’t come through as well when spoken with a mouth that actually has all it’s teeth in their original colour and configuration.

But if there’s one man that can match that British charm though, it’s Robert Downey Jr. And the part-time Avenger has set his sights on a certain Black Mirror.

THR reports that Downey is looking to produce an adaptation of a single episode from BBC’s sci-fi anthology show Black Mirror that will be turned into a full length feature film of the same name. The episode in question was titled “The Entire History of You” and starred Rock ‘n Rolla and Wrath of the Titans star Toby Kebbel as “a man with an implant that allows him to record and re-watch all of his life experiences. He begins to suspect his wife is having an affair and obsessively tries to find evidence until the relationship falls apart.”

Here’s the promo for that original episode:

The publication states that the film, which will be penned by the original episode’s screenwriter, Jesse Armstrong, will take slightly different approach and will be set in a”near future where technology exists that allows users to re-experience past events, and follows a man who reconstructs his relationship to his dead wife – from her point of-view – and unknowingly uncovers a vast conspiracy.”

That’s certainly a pretty interesting jumping off point for sci-fi thriller. At this point, Downey is not attached to star in the film, but I have a feeling that that might change soon.

After proving that the back to basics approach of series 27 was no fluke, series 28 is dou… 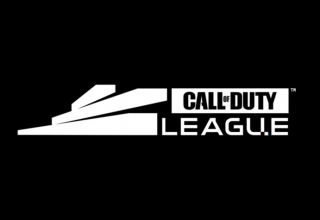 Twitch is the de facto spot on the internet for watching games. Whet5her those be from professional and amateur streamers, or for professionally-broadcast gaming leagues. That’s changing a bit, as Activision has inked a deal with Google that’ll see the video game company jump exclusively to using Google-based tech for its gaming in the future. Not only will Activision’s multiplayer games be hosted on Google’s Cloud, but its streaming proclivities for events and leagues will be exclusive to YouTube. That means Hearthstone, Call of Duty, Overwatch and future games will use YouTube for broadcast.