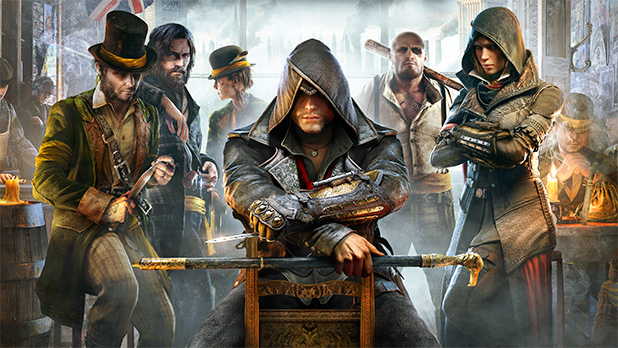 Ubisoft games have become synonymous with open-world sandbox experiences. While it’s a popular genre that does well for them, it’s become something of a cliché. Often, the sandbox activities have nothing to do with the rest of the game, but this Assassin’s Creed might change this.

Ubisoft revealed a new video that basically repeats all the information that we already knew: there will be two playable assassins who are twins and were raised as assassins from birth. Their mission takes them to Victorian era London, right in the midst of the Industrial Revolution. Players will need to gain control of the city one borough (district) at a time and to that end they will unify the gangs by creating their own dominant gang, the Rooks. However, it’s a comment dropped by Senior Producer Francois Pelland that makes me happy. Here’s the video.

And here’s the comment that could make me happy.

We like to say that the tie between the main narrative which is an assassin/Templar story, obviously, but what we would call the side quests or activities of the game is completely linked. The fantasy of the game or the criminal organisation so forming, developing, building the Rooks or the street gang of his own to defeat the Templars.

It’s great to create a gang, but it’s even better if you can customise your gang – change outfits, expand abilities and other options depending on your investment in side activities. It seems like this is something that Pelland could be hinting at, and it would certainly make the game better. Who cares about stealing random vehicles, or gambling or fighting unless it actually does something? Sure, completionists will happily do all the side activities just because they can, but I’m hoping that AC: Syndicate integrates in some reputation gauge like Watch Dogs and Sleeping Dogs. The more you beat up people, or win at various mini games or engage with the side activities in general, the more street cred you get, making your gang more powerful. Now that would certainly make the game much more worthwhile in my eyes.