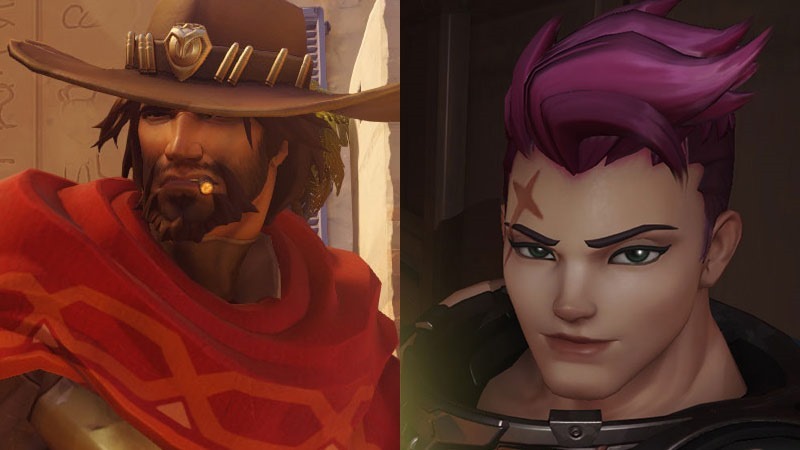 Oh yeah, Blizzard makes other games that don’t end in Craft. One of those other games on the way happens to be another stab at the online market in Overwatch, an arena shooter that happens to be filled with an assorted array of strange characters that are out for blood. From a cybernetically-augmented gorilla to the cheeky speedster Tracer racing around the arena, the game has plenty of fighters to choose from. And Overwatch just added two more of them to its arsenal.

Blizzard announced the pair of new recruits over the weekend. First up, you’ve got the mad dog gunfighter McCree and Zarya, a Russian bodybuilder who wields a massive particle cannon when she’s not doing some weightlifting. Here’s the video for McCree and his official character description via AGB:

Armed with his Peacekeeper revolver, the outlaw Jesse McCree doles out justice on his own terms.

McCree had already made a name for himself as a member of the notorious Deadlock Gang, which trafficked in illicit weapons and military hardware throughout the American Southwest, when he and his associates were busted in an Overwatch sting operation. With his expert marksmanship and resourcefulness, he was given the choice between rotting in a maximum-security lockup and joining Blackwatch, Overwatch’s covert ops division. He chose the latter.

Although he was initially cynical, he came to believe that he could make amends for his past sins by righting the injustices of the world. McCree appreciated the flexibility afforded to the clandestine Blackwatch, unhindered by bureaucracy and red tape. But as Overwatch’s influence waned, rogue elements within Blackwatch sought to bring down the organization and turn it to their own ends. Wanting no part of the infighting, McCree set off alone and went underground.

He resurfaced several years later as a gunslinger for hire. But while McCree’s talents are sought after by parties great and small, he fights only for causes he believes are just.

And Zarya’s character video and synopsis:

Zarya – “Together we are strong.”

Aleksandra Zaryanova is one of the world’s strongest women, a celebrated athlete who sacrificed personal glory to protect her family, friends, and country in a time of war.

Aleksandra was born in a remote Siberian village that was on the front lines of the Omnic Crisis, which began some thirty years ago. Although Russian forces defeated the robots and shut down their omnium, the region was devastated by the conflict. Only a child at the time, Aleksandra was surrounded by the post-war destruction, and as she grew older, she swore that she would gain the strength to help her people recover.

Focusing on weightlifting and bodybuilding, Aleksandra was identified by the national athletics program as a potential star. She trained extensively, moving up the ranks while representing her country, and was expected to shatter longstanding records in the upcoming world championships.
But on the eve of the tournament, an attack came from the long-dormant Siberian omnium, and her village was thrust into war once again. Aleksandra immediately withdrew from the competition and rushed home to enlist in the local defense forces, sacrificing the life of fame and fortune she might have had.

Now she serves—a symbol to some, a stalwart fellow soldier to others. But for Aleksandra, it is a chance to use her great strength to protect the ones she loves.

The beta for Overwatch has also been announced for a fall release in the Northern hemisphere. According to my geography, that means somewhere from September and beyond. Although I’d put money on it being October, as a BlizzCon 2015 announcement. I’m kind of digging the Saturday morning cartoon approach to the game, and I’m always keen for something that’ll make a Friday night LAN memorable.