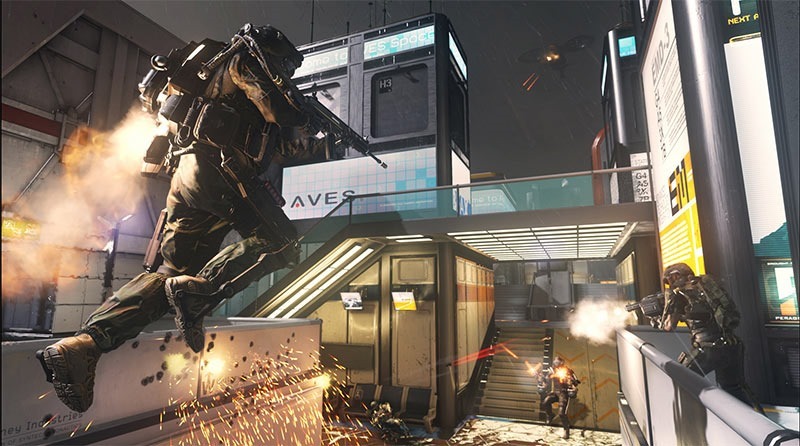 Call of Duty: Advanced Warfare developer Sledgehammer Games has released a new 7 minute video showing the changes that have been made to the game’s multiplayer. As that’s the bit of the game that most gamers will be playing, it’s probably a good area to focus on. And it looks like it could actually be pretty fun.

For starters, there are actual changes coming; it’s not just a rehash of the things we’ve seen and played before. Yes, the new tech makes it all a little reminiscent of Titanfall – especially now that Titanfall’s got a mode that removes the mechs.

It’s the exo-suit that grants players these new abilities, like boosting, exaggerated jumping, dodging, dashing, sliding, and slamming. Coupled with the new Pick 13 perk system, it should manage to make Call of Duty feel fresh again. According to Activison, Advanced Warfare offers players “the greatest amount of customization in franchise history.” It looks like Activision’s actually taken a few risks with this new game; a move that could alienate the established player base.

Frankly though, it’s a set of risks that were sorely necessary after Ghosts, which was the very epitome of Call of Duty’s annualised copy and paste nature. Still, I’m not quite sold. I’ll probably play the single player because they’re great end-of-year, shut-your-brain-off popcorn entertainment – and because it features a digital Kevin Spacey.

As much as it’s changed, the multiplayer is still very much Call of Duty, and it’ll have to change quite a bit more to pull me back in.

Call of Duty: Modern Warfare is now an astonishing 200GB in size