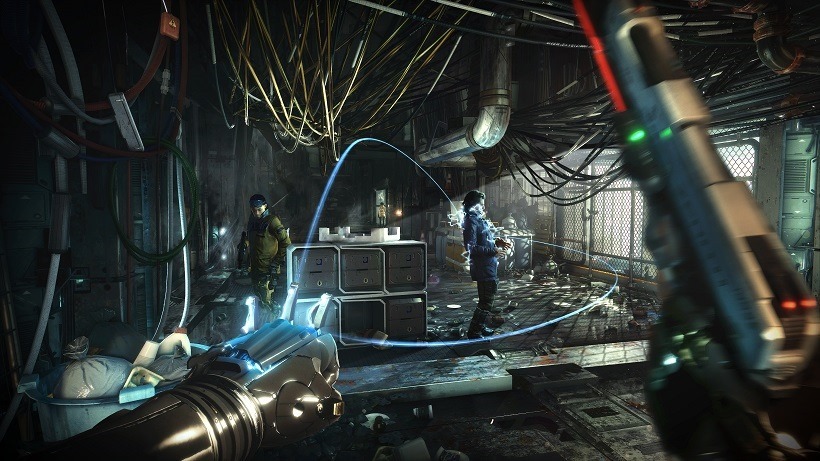 For all the right that Deus Ex: Human Revolution did, it was somewhat all undone by the terrible, outsourced boss fights that littered the entire campaign until they were fixed by a Director’s cut. Mankind Divided, the sequel that Eidos is planning to launch early next year, already understands how bad that decision was – detailing some remarkable changes to the entire system. But unlike the very binary experiences in Human Revolution, boss fights in Mankind Divided will be extremely narratively important.

Deus Ex is all about choice, and that mantra is finally being extended to the many heavy hitters you’re going to encounter in this technological apartheid. Upgrade your assault rifles, elbow mounted blades and super shielding augmentations, and you’ll be able to cut through most adversaries like a hot knife through butter. If you’re more stealth inclined, you could opt to skip them entirely – wimping out and using the maze of ventilation systems to completely circumvent boss battles entirely.

But what about just being civil and polite? You can do that too.

We already know that you can, effectively, talk your way through boss fights – using logic and charismatic skills to convince your foe that they’re on the wrong side of the fence. Not only is this a very open approach to boss fights, it also has a massive effect on the games narrative. Keeping certain characters alive and (probably) converting them to your cause results in massive shifts in the story. Or so says Narrative director Mary DeMarle.

“For Human Revolution, because of the way we designed it, [the bosses] always died in the cutscenes. You had no choice. But we rectified that in the Missing Link DLC, and we’ve rectified it in this game.”

That’s rather intriguing, as it lends a lot more weight to the characters themselves. Instead of knowing they’re going to die, you as Adam Jensen have to make calls on whether they’re too far gone for redemption, or whether they could prove as a valuable tool in the future. Of course Mankind Divided will need some stellar writing to drive this home, but Eidos are impressing me more and more with this sequel. It’s out early next year.