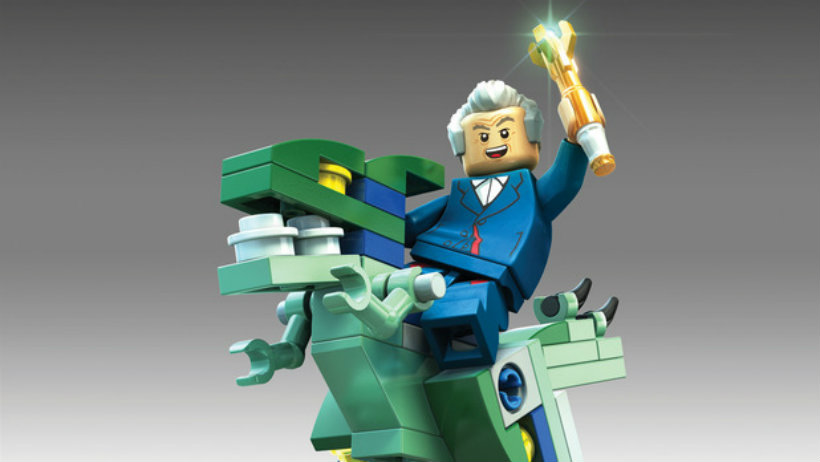 Unlike Batman or Gandalf, Doctor Who has never been in a LEGO video game. Until now, that is. When the Universe is under attack and worlds collide in LEGO Dimensions, why shouldn’t all your favorite characters from every franchise team up to take on the biggest threats? And thus, the threats to the universe were superseded by the threat to my wallet.

Here is the trailer for Doctor Who in LEGO Dimensions, complete with the actual cast of the show. Prepare to worship Peter Capaldi:

According to the description, Doctor Who will be playable in the LEGO Dimensions Starter Pack with a complete Doctor Who level including Daleks, Cybermen and other classic enemies. For those who need more, oh there is so much more:

The interior of the TARDIS will reflect the corresponding Doctor the player embodies or can be manually selected. There’s even a jukebox inside where players can choose among different versions of the Doctor Who theme music. The TARDIS and K-9 models can each be physically built and then rebuilt twice to do entirely different things in the digital game for massive variety.

There will also be a Doctor Who Fun Pack, which includes a playable Cyberman minifigure and Dalek model which can be physically built and then rebuilt twice for a total of three different objects.

Farewell money, it was nice knowing you. I simply love the idea of Gandalf meeting Doctor Who. Now I just need to start an online petition for them to add in Captain Jack, although I suppose he doesn’t quite fit with the family friendly nature of the franchise. Still, he would be one sexy LEGO mini figure, and I would love to see how he interacts with Wildstyle and Batman. Just imagine the incredible lines he could pull off.

LEGO Dimensions is coming 27 September, which is conveniently after payday. Warner Bros is far too clever, and will be getting all my money. But I will have a LEGO TARDIS, K-9, Cyberman and Dalek, so I think I’m winning. But where are the Weeping Angels? Oh no, I’m not watching them!

The Doctor is in! Peter Capaldi is reprising his role as the Twelfth Doctor in #LEGODimensions. On July 8, more will be revealed. #BreakTheRules