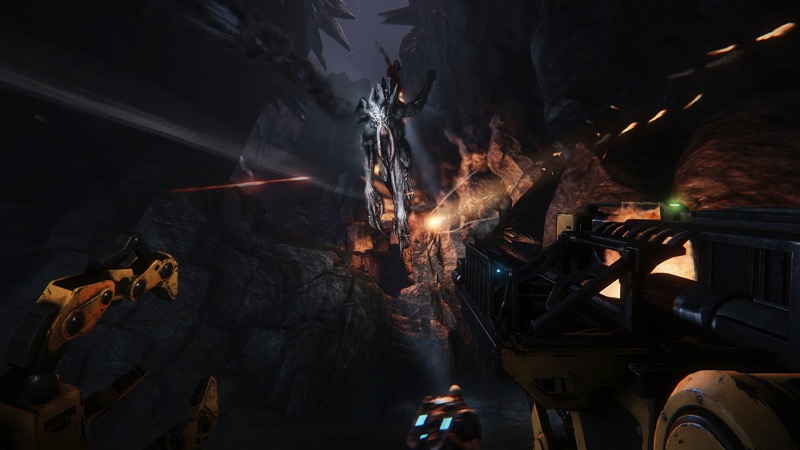 Evolve has a distinct and unique approach to online multiplayer, and it’s the reason the title stood out every time I got my hands on it. I think everyone knew that its greatest strength would also be its biggest barrier to entry, but I never expected it to be this bad. Evolve has been fighting an uphill battle on PC especially, and it’s one that’s not being turned around either.

Out of the three platforms that Evolve launched on, it was quickly apparent that PC was a problem. Just a few weeks after launch the game had stumbled down the Steam most played list, barely keeping close to the 40th spot. Just over a month after launch, and that figure has worsened considerably.

Just last night, Evolve reached an all-time low on Steam, barely breaking over 500 players online at once. What’s worse still is that it’s only around half of what the average concurrent number is, with that figure hovering around the 1000-2000 zones at the best of times. At the end of February Evolve was peaking at around 7000 players, and never falling below 3000. Just over this past week, the game has struggled to even break 4000 peak players – nearly a 50% drop in less than three weeks.

The graph of players is just steadily declining, and it doesn’t look like there’s anything in the pipeline at Turtle Rock to try and address it. To be fair, I’m not even sure what can be done to plug the hemorrhaging player base. Those who really love Evolve’s multiplayer have stuck with it, but it just isn’t enough for most without a true competitive scene.

It’s disappointing, because the idea behind Evolve is fantastic when it works like a well oiled machine. But as it stands, you’ll probably find it hard to match with players in a few months time.