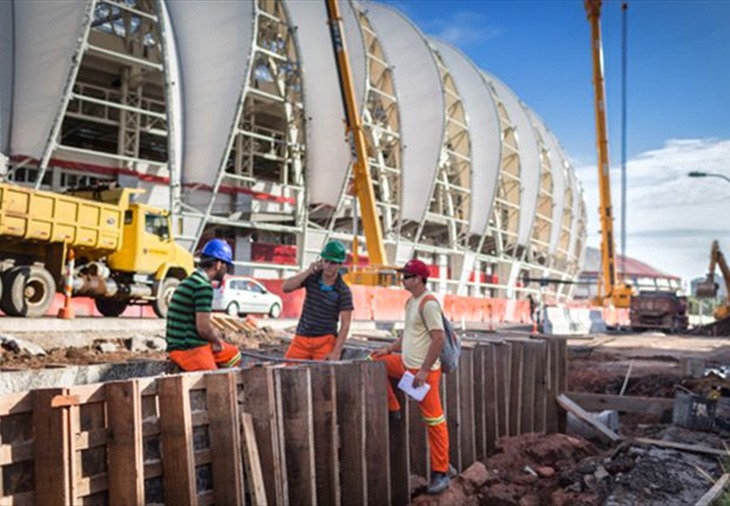 A brand new trailer has been released for the upcoming FIFA World Cup 14 game that showcases the 10, yes 10, modes included in the game. Along with all the stadiums that they expect the teams to play in.

Yes you are correct I was being snide there as it is being reported that not only did 6 of Brazil’s stadiums miss the cut off date but one of them, Porto Alegre, apparently has run out of money and unless some new tax laws are passed the teams won’t be running out onto that pitch.

So picking up this game may be the only way you can get Shrek to run around on the Porto Alegre stadium.

I’m cynical about this game as all the others ones that came before it have been pretty poor. But to be fair the modes look pretty solid and while the gameplay part doesn’t blow me away it’s quite difficult to make a sports game look good when not actually playing.

The only thing the game is missing from the look of it is the ability to create your own super world team. I mean how awesome would it be to take Suarez, Gerrard, Sterling, Sturridge, Henderson, Flanagan, Johnson, Mignolet and a few others and make the best team on the planet… oh wait. They already have and they are playing in the premier league right now #YNWA

The latest team to get in on the PES action? Liverpool. Yes, Liverpool already has a PES l…