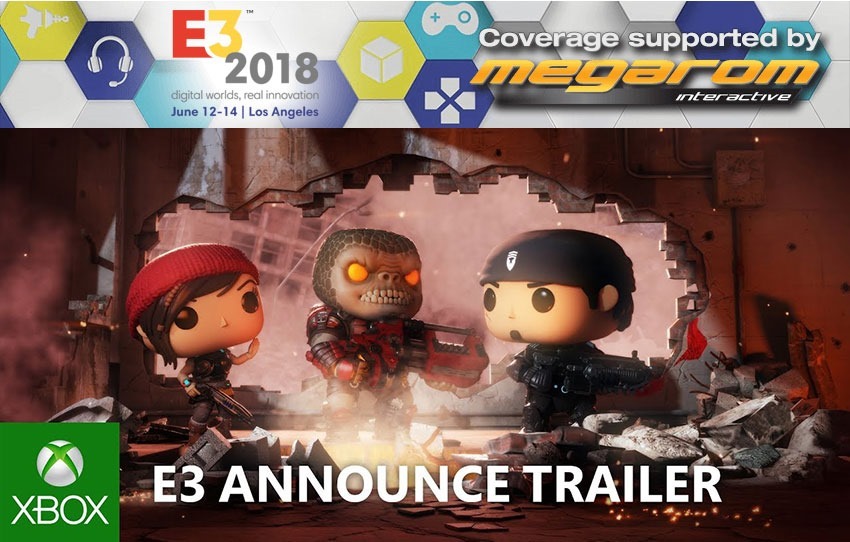 While a Gears of War 5 announcement may have been expected, there were also two ancillary bits of news dropped during the Xbox presentation at E3 that came completely out of left field. The first of these surprises is that Gears of War is getting a Funko Pop themed mobile game spinoff. No, you didn’t read that sentence incorrectly. The blockheaded action figure line is getting its own game in the Gears of War universe. Just what Gears Pop! will be about is anybody’s guess right now, but it’s not like the cutesy Funko Pop visuals lends itself well to Gears’ traditionally bloody and gritty aesthetic. Well, at least you wouldn’t think that until you check out this announcement trailer.

Along with the Funko Pop game, Gears Tactics was also announced. Very little info was given about this, but it will seemingly be a new turn-based strategy game for PC. Set 12 years before the events of the first Gears of War game, Gears Tactics will have players take control of squads of COG soldiers as they discover the original threat of the Locust. This would be the second time Microsoft has taken one of their most beloved action franchises and given it the strategy overhaul, as Halo Wars proved to be very successful. Let’s see if they can replicate that with Gears Tactics.