Home Gaming Han Solo is probably going to be in Star Wars: Battlefront 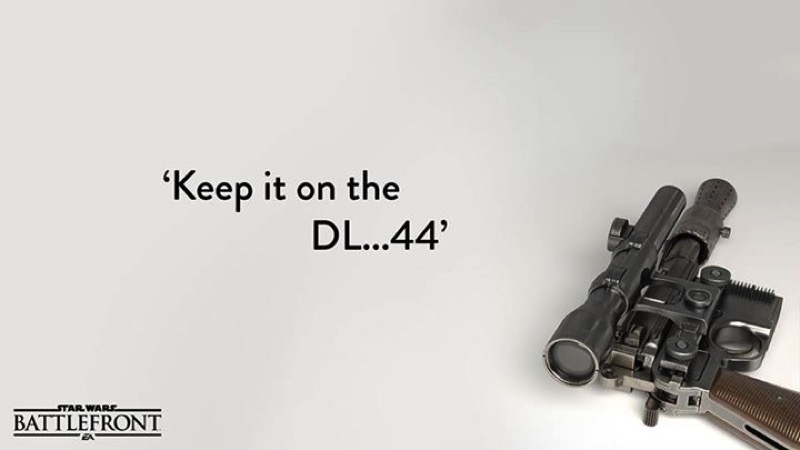 We’re bound to see some (hopefully) awesome gameplay of Star Wars: Battlefront at E3 in a few weeks, and EA is rightly hyping things up considerably. Battlefront is going to feature a similar Hero system to older games, with Darth Vader and Boba Fett already confirmed as playable characters. But what about some of the good guys?

They’re in too, and right now DICE is teasing the most notorious fan favourite space smuggler with a rather stunning render. I have no doubt that Han Solo will be a playable character, but seeing his signature DL-44 heavy pistol gets me tingling all over. I suspect he’ll use that, as well as a combination of concussion grenades and gear, in the game to take out the misfiring white-clad troops of the Empire.

That brings the hero tally up to three, and I’m sure there are still may to be revealed. Since the game is set during the old trilogy (as well as setting up the stakes for the new one), so expect a lot of returning characters from the three films you hold so dear to your hearts. I’m looking forward to tearing stormtroopers a new one as Chewie, and I wouldn’t mind sneaking around as the Princess Leia either.

But there’s still a lot of time between now and October, when Battlefront is expected to launch for PC, Xbox One and PS4. I’m just hoping this long awaited revival is everything us Star Wars fanatics dreaming of.