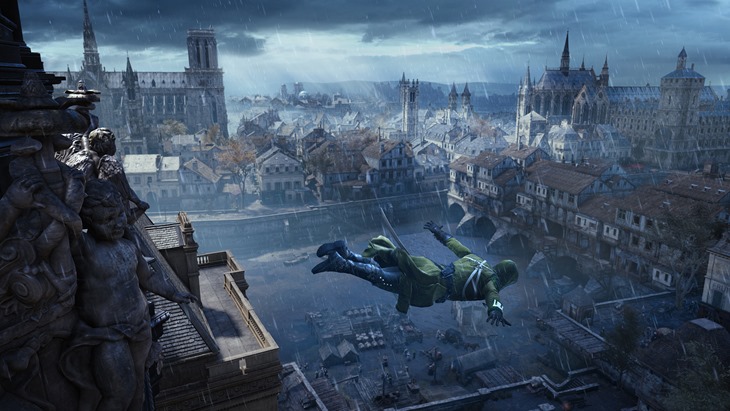 Surprise partnerships can surface in the most unlikely of people.Woody and Buzz Lightyear, Bonnie and Clyde, Tina and Ike Turner for example. Assassin’s Creed is no stranger to team-ups, but it looks like you’ll be engaging in some Templar action in Assassin’s Creed Unity.

In case you can’t see the trailer above, it stars new Assassin hero and dashing figure Arno racing against time in order to save the young noblewoman Elise from having the mother of all haircuts on the guillotine. A new character in the franchise, Elise is described as an “independent young noblewoman determined to secure her place in the Templar dynasty,” according to Ubisoft.

Her quest leads her to cross paths with Arno and establish an unlikely bond with him.

Snazzy. If you’re liking the look of this character and wish that you had a playable female Assassin’s Creed character, then here’s a cool figure of Elise that you might be interested in. It’s not video game interactive, but it is “knock before entering my room” playable. It’ll be available for purchase two weeks before the game, on October 14. 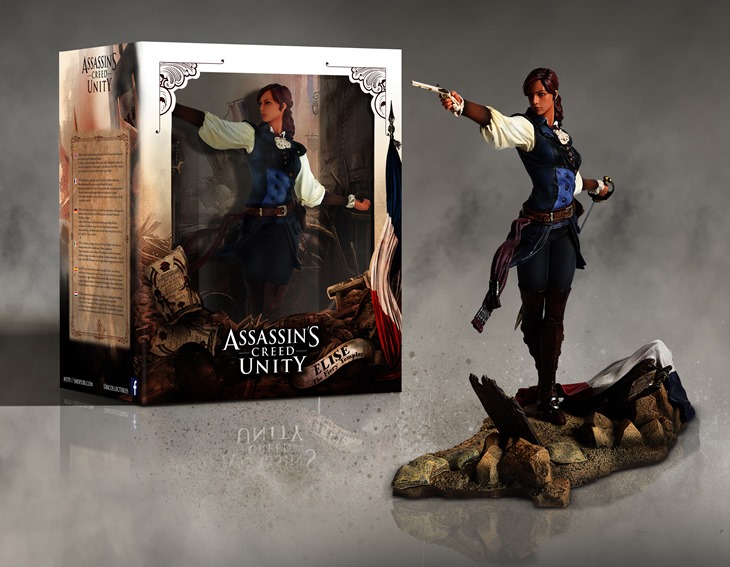 Fans can now also order “Elise: The Fiery Templar,” a high quality figurine designed by Ubicollectibles that features Elise as she sets her sights on her target with her gun poised and sword sheathed at the ready on her back. This collectible can be assembled into a diorama with the “Arno: The Fearless Assassin” figurine. Additional digital content for Assassin’s Creed Unity also is included with the purchase of this collectible.

And finally, here’s a bunch of gorgeous new screenshots for the game. Gaze your peepers on these beautiful images: 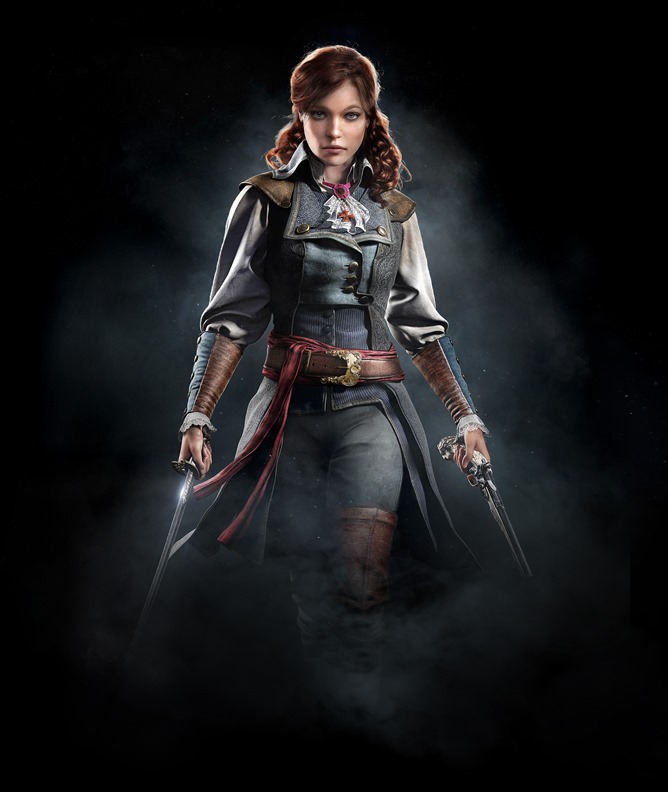 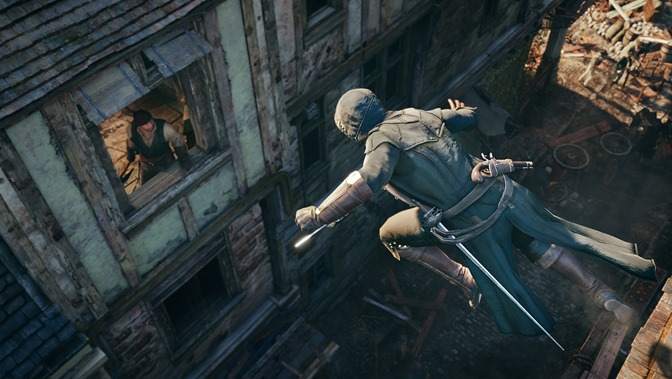