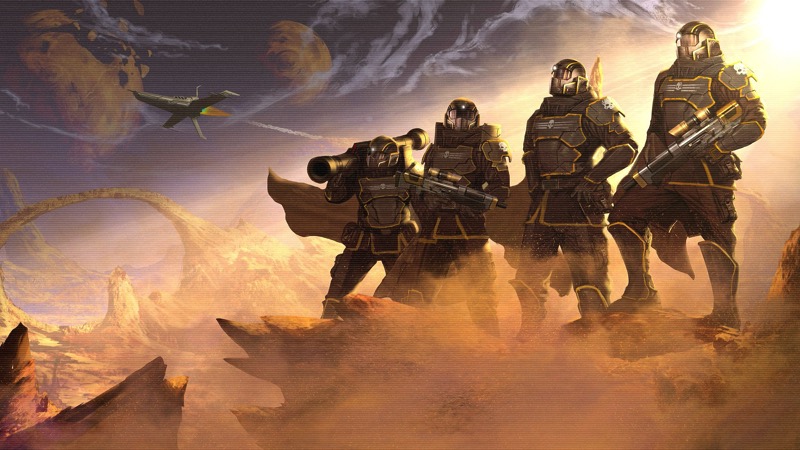 Helldivers is certainly making noise for all the right reasons. It sounds like an impeccably crafted multiplayer experience, and I’m seriously tempted to whip out my credit card and take the plunge on my PS Vita. That way I’ll be able to binge literally anywhere, and also not have to worry about any of my progress suddenly being erased because of a flat controller.

Because that’s exactly what’s happening on PS4. Some users began reporting that their Helldivers progress was being mysteriously overwritten, shortly after switch controllers or plugging in a flat one. It didn’t take long for developers Arrowhead to realize that there was a pretty bizarre bug at play in the background, and the only solution is not to let your controller die on you.

Arrowhead is busy trying to fix the issue in their next patch, but already have some advice on how to avoid it altogether. It’s pretty simple, if you are OCD about checking your controller’s battery levels.

What you can do about it: Make sure your controller has a full charge when you start playing. Don’t switch controllers if your battery is running low, just connect it to a cable, and wait until you are on the bridge and done with saving before switching to another controller.

If your controller happens to die on your while playing, you should probably turn off your PS4 before the game decides to save again, as that will definitely overwrite your progress. It’s an inconvenient workaround to a really silly problem, but thankfully it doesn’t seem to be affecting every single player. But you probably don’t want to be taking the risk regardless.

That probably shouldn’t keep you from playing what sounds like one of the best Sony titles of the year either. It’s a small issue that’s going to be ironed out soon, so if you’re grinding away just be aware. Don’t let that controller die soldier.