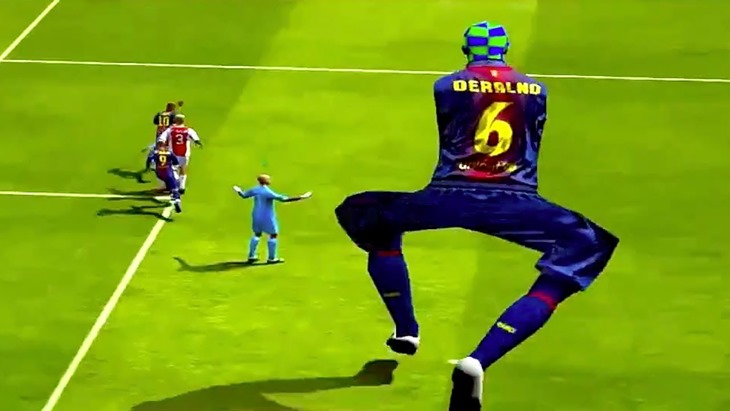 So FIFA 15 is released tomorrow locally and everyone is once again expecting a well refined football simulator with some of the best footballing stars on the planet showcasing their amazing skills.

However it seems that there is a small bug in the game that can sometimes turn both teams into 6 year olds whose only goal is to touch the ball no matter what. As the game kicks off every single player, goalkeepers included, rushes to the centre spot to try and get their moment of fame.

Maybe it’s because I’m a massive football fan myself but I find it hilarious thinking that players like Gerrard, Suarez, Messi and co would throw away all their training and professionalism just to get a touch on the ball – consequences be damned.

The bug only appears to affect PC versions and I’m sure we’ll be seeing a patch for this soon. Until then just enjoy reliving your childhood