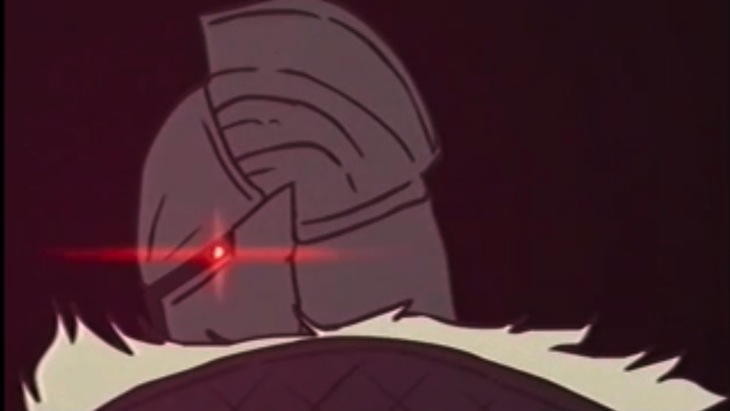 Dark Souls II is almost upon us. I’m prepared to die, are you? But this cartoon takes a completely different take on the game, and it is pure and awful genius.

Here is what Dark Souls II could have been as an 80s cartoon:

For those who don’t watch videos, we get treated to some amazing 80s style animation explaining the hollowing with fantastic 80s style music in the background. But the tagline is just too 80s:

They Took His GIRL. Now He’ll take their SOULS!

Can you imagine? Dark Souls as an 80s cartoon – I could have had this as a lunch box. Of course, it would be nothing like Dark Souls is now.

I wish they would do this with other current trends. Can you imagine the 80s cartoon for Thomas Was Alone? Thomas and friend – a perilous journey. Or maybe The Last of Us – when Joel and Ellie unite, can anything stand in their way? I suppose the 80s were a simpler time, or maybe we just made it that way with the awful animation and bizarre moral lessons at the end of every show. At least we learned something today. I learned that Dark Souls II can only exist in modern times, with all the grit, darkness and horror that we’ve come to accept as part of the norm. Now, let’s see a modern take on He-Man go viral in gaming. It could be dark and terrifying, and I’d buy it in a heartbeat.

Finally, the Batmobile is getting its own animated kids show