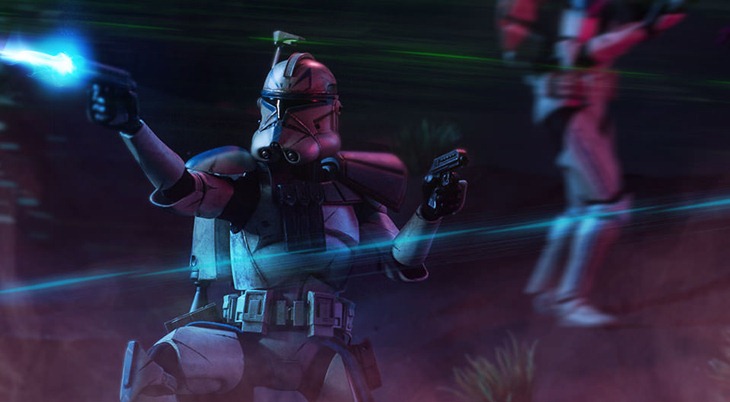 I don’t think it’s possible to not enjoy some aspect of Star Wars. Whether you make voosh soosh sounds when you hold a stick and pretend to be a Jedi, or veg out on your couch and start speaking Huttese, there’s something for everyone. And for me, that’s cool Clone-Trooper collectibles.

Here’s the latest Hot Toy from Sideshow: Captain Rex, one of the deadliest and most efficient soldiers to ever emerge from a Kamino cloning facility. Leader of the 501st Battalion, Rex serves under Anakin Skywalker, who has yet to fall to the dark side and attempt auto-erotic asphyxiation Force techniques on people that piss him off.

Rex will cost ya $169.99 when he arrives in January 2015, and comes equipped with enough weaponry to shoot down a death star. Twin blaster pistols, a carbine blaster rifle, Mandalorian flare and various other accessories for the 30cm tall figure.