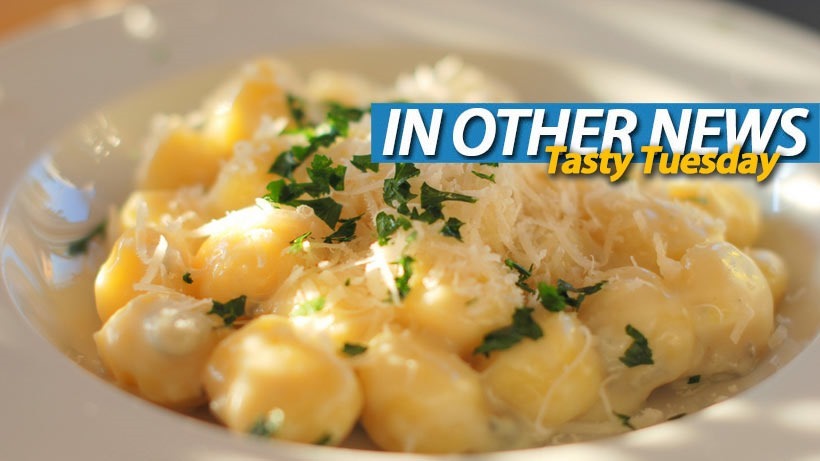 When I was growing up, there was a humble little Italian take away joint that instilled in me a love for continental fare. And while the place had fantastic osso bucco, saltimbocca and carne pizzaiola – along with more common pasta and pizza dishes, there’s just one thing I kept on ordering: Gnocchi Gorgonzola.

Little soft, chewy balls of dough made – usually – from potatoes, Gnocchi are a treat. Generally eaten as a primo piatto before mains, I’d gorge myself on the things, not needing anything else. And the right sauce, topping or coating helps gnocchi transcend being a simple starter to being sublime. While they’re good with a bit of sage and butter, a bit of basil pesto or ever tomato based sauces, they’re just heavenly when smothered in a creamy gorgonzola; a buttery blue cheese with a sharp bite.

Gnocchi till I die.

In Other News: The Witcher 3 gets new DLC…Ciri-ously, Halo is popular for some reason, Battlefront is made for lonely PC gamers and Ozzy invades Rock Band 4.

Here’s the news we didn’t post, because we just didn’t. Please Understand.

This new trailer for HEROES REBORN is not safe
The VIKINGS are back in this trailer for season 4
John C. Reilly is gonna wreck it again in WRECK-IT RALPH 2
COMIC-CON: ARROW and THE FLASH get new costumes, heroes, villains and animated spinoff
Check out the breathtaking first trailer for THE SHANNARA CHRONICLES
The SUICIDE SQUAD Comic-Con trailer has been officially released!
Cinophile: BARTON FINK
Good people always die in this first trailer THE WALKING DEAD’s season 6