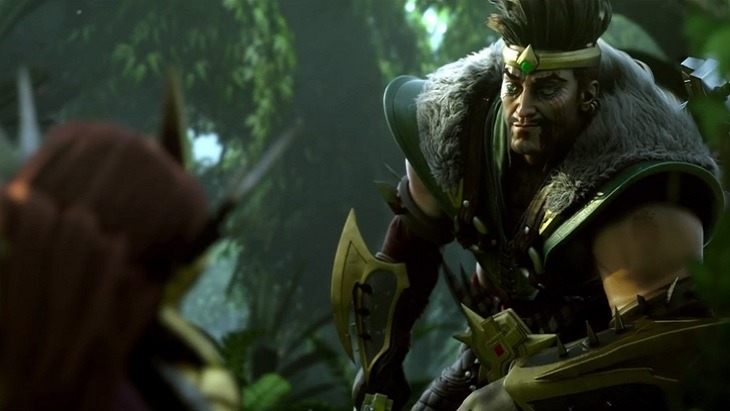 There’s no denying the power of MOBAs. The genre has millions of players, who have invested hundreds if not thousands of hours into the game of their choosing. League of Legends has been around for quite some time now, and it’s popularity is unquestionable. Riot Games have put together a brand new CGI cinematic for the game, and it’s pretty damn awesome.

The cinematic is essentially a visual representation of what a typical battle in LoL would look like, although with much more flair. It doesn’t shy away from the brutality of the battles and the urgency of life and death. Honestly, you don’t need to be a MOBA fan to appreciate CGI as cool as this one.

How freaking massive and powerful is Nautilus? You know from playing the game that he is a tough nut to crack, but seeing him represented in this way shows just how strong he really is. Let’s not forget the various other characters that are represented. I think Graves might just be overcompensating for… something.

So why make a cinematic for a game that is already well established and loved by many? Riot animator Rylan Davies tells us more in this behind the scenes video.

It’s just about fleshing things out. Who are these characters? What is the world really like that they live in? When you play the game, you get a very small piece of a much broader story we wanna tell. I think we wanted players to come away with feeling a stronger connection to the characters that they play as.

I can get behind that 100%. There is just something awesome about seeing your game character being brought into an almost lifelike state. Pity they didn’t include Nidalee or Lux, my two favourite champions at the moment, but I suppose with a roster that big, it’s kind of difficult to narrow it down to just a handful. Regardless, the cast they chose worked so well in the video.

In unrelated news, I’ve seen a few people asking why Dota 2 doesn’t get that sort of love in the cinematic department. I couldn’t agree more. Every cinematic that Valve has released has been pretty darn rad, but there is yet to be one that really fleshes out their MOBA. In the meantime, you can enjoy this cinematic made by a guy who has never had any kind of animation training. He self taught himself Source Film Maker, and the results are quite surprising. Again, you don’t need to have any MOBA knowledge to appreciate it. Enjoy!