Home Gaming Let’s all gawk at the sexy new Exotics in Destiny: The Taken King 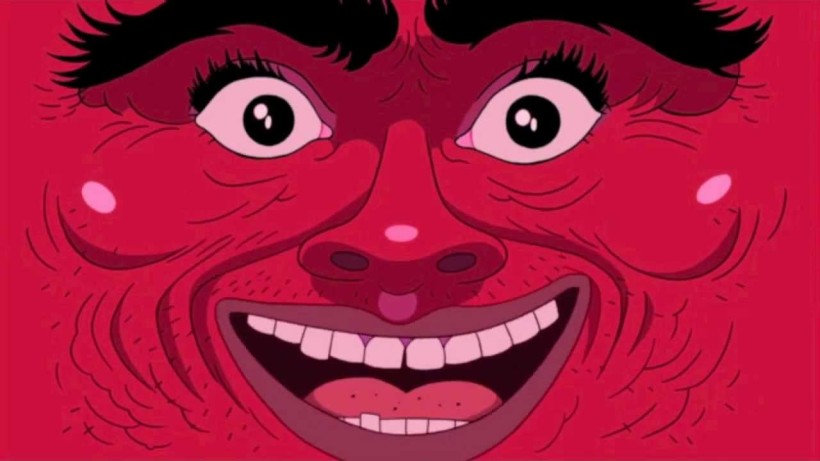 You can call it Meh-stiny. You can laugh at the fact that I’ve spent hundreds of hours playing the game with my fellow Guardians. Hell, you chortle at Atheon taking me out of the timestream and erasing me from existence in a fated Vault of Glass raid.

The infamous salesman of the Nine, Xur, ventured into the most alien of habitats yesterday: Instagram. Naturally, he’ll be taking Strange Coins for a whole new stack of Taken King exotics once year two kicks off, and to get Guardians hot udner the collar, Xur teased the following new gear that’ll soon be available in the game. 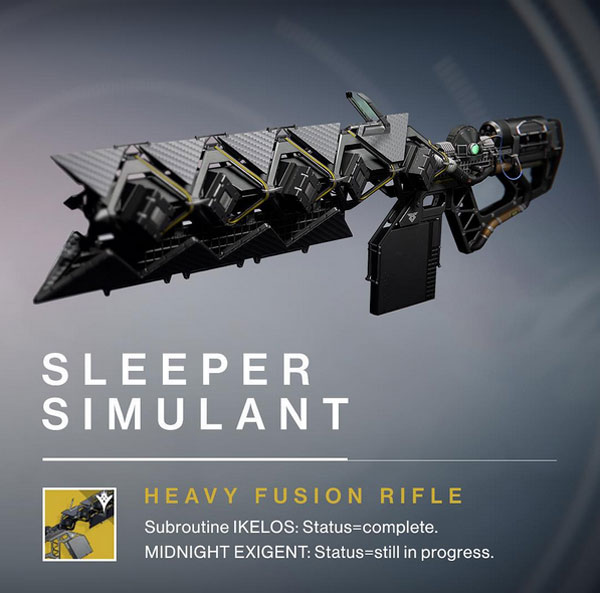 I cannot endure this place any longer… Before I depart, a final offer for you. Sleeper Simulant: a Fusion Rifle equipped in your Heavy Weapon slot. This weapon’s laser tears through enemies and ricochets on hard surfaces. – Xûr, Agent of the Nine 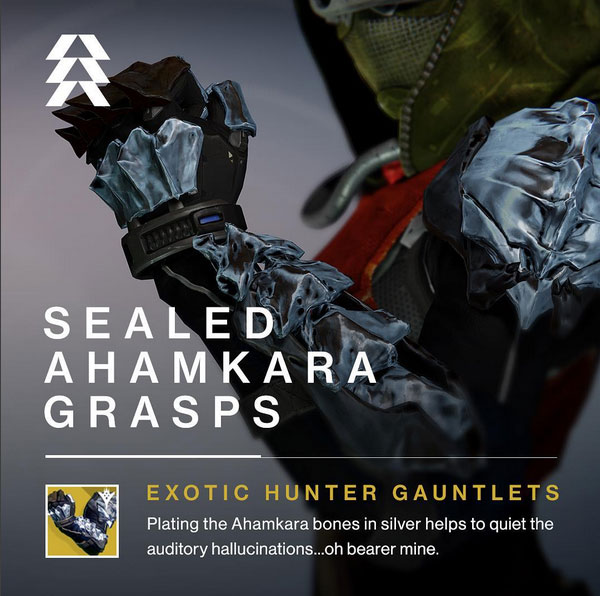 Hunters: these Sealed Ahamkara Grasps are filled with Nightmare Fuel. They will provide you with an additional melee charge and your melee damage will have a chance to reload your Primary Weapon. – Xûr, Agent of the Nine 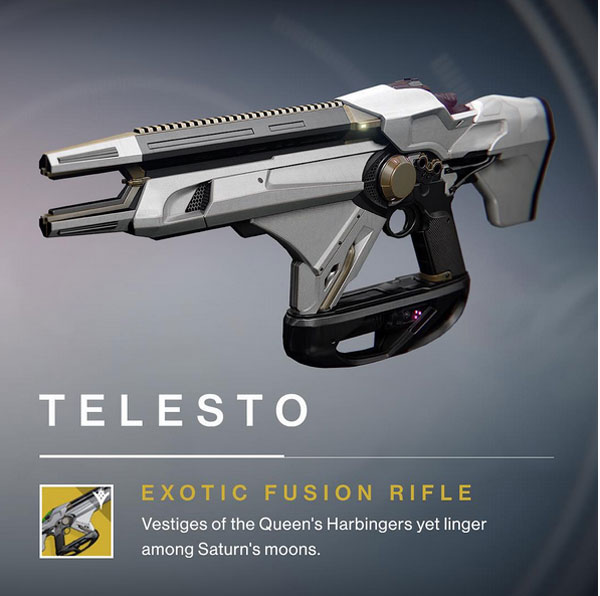 An end will come, Guardian. Bring it about sooner with Telesto, a vestige of the Queen’s Harbringers. This Fusion Rifle will attach projectiles to your foes and detonate with a delayed Void blast. Multikills with this weapon will drop Orbs for your allies. – Xûr, Agent of the Nine 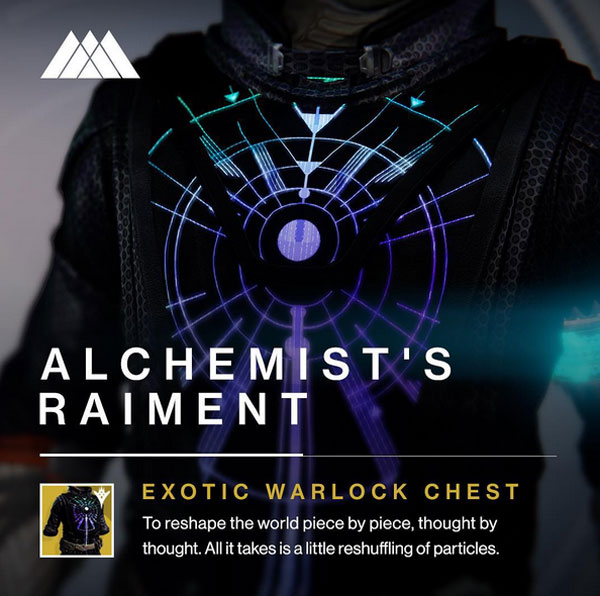 Warlocks: reshape the world and turn iron to gold with the Alchemist’s Raiment. Collecting Primary Ammo will give you a chance to gain glimmer. Orbs collected when your Super is full recharge your grenades and melee. – Xûr, Agent of the Nine 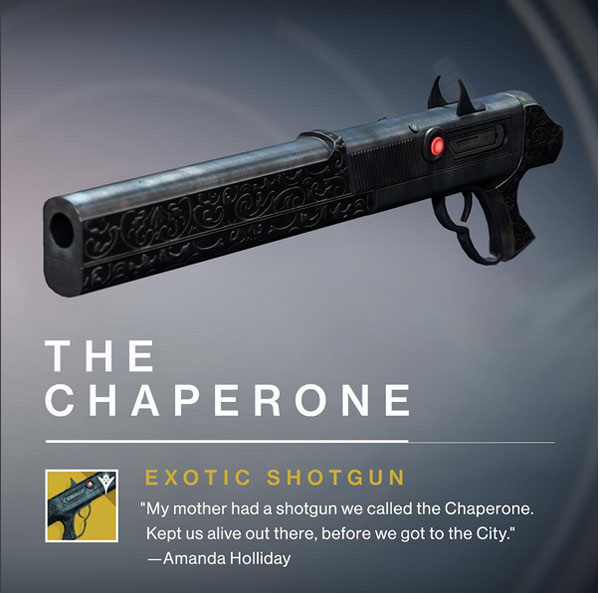 You must adapt to persist, Guardian. The Chaperone Exotic shotgun fires a single slug shot and grants an Agility boost when equipped. Your precision kills will grant a brief increase to Handling, Range, Rate of Fire, and Stability. – Xûr, Agent of the Nine 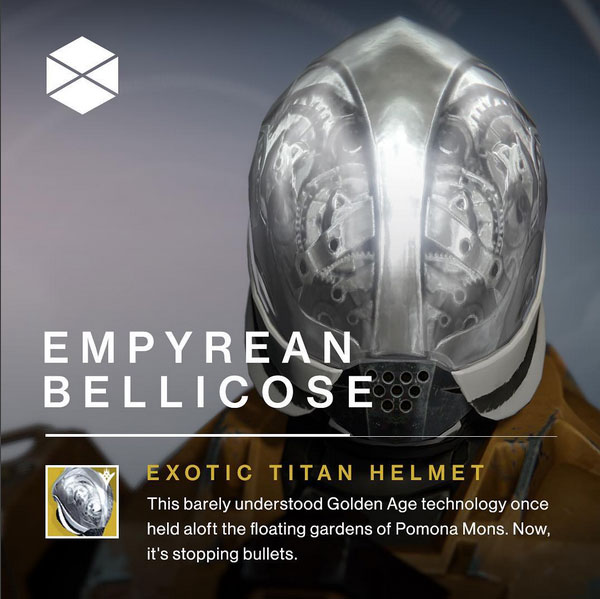 I have information, but I do not know yet if you are the one it is meant for… Titans: fly like the shadows with the Empyrean Bellicose. Aiming your weapons while in the air will hold you in place for a short time. Orbs collected when your Super is full will recharge your melee ability. – Xûr, Agent of the Nine

Another live-stream is scheduled for this week. Expect even more info about The Taken King, which has already dropped a ton of deets so far. And stop crying. It’s been several days since I posted any Destiny news. People who give up smoking, I know your smelly pain at long last.