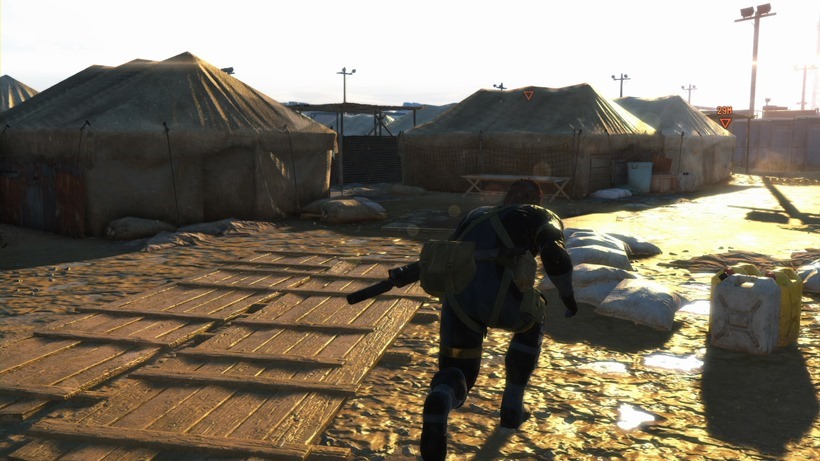 Metal Gear Solid V is still an excruciating eight days away, but the confidence in Hideo Kojima’s farewell to the series is clearly displayed in the excellent reviews that game has received today. It’s clear that the single-player portion of the game is near flawless, with the Forward Operating Base multiplayer still being locked until its October launch. That didn’t, however, stop some reviewers from snooping.

According to Gamespot, who investigated the locked online mode during their time with the game, the online component of The Phantom Pain will be locked behind a paywall. Forward Operating Bases allow you to build extensions of Mother Base using resources you find in the single-player, but you’ll need to build a special platform on a specific piece of water to allow online invasions from other players.

The only way you can achieve this is by burning through a currency called MB coins – and right now its a bit ambiguous to to whether you need to spend real money on them. Previously it was thought that all in-game currency could be earned in-game, but there’s no mention of that in Gamespot’s own time with the game. Konami isn’t exactly forthcoming with a clear answer either, simply refusing to discuss the mode at all.

“…unfortunately we don’t have any official details to share at the moment regarding the microtransaction model for F.O.B.. I should have more information for you next week though as those details are still be solidified.”

But since the online mode is still inaccessible to anyone outside of Konami, it’s not exactly proof that they’re expecting players to fork out more for a little online integration. Considering this mode is only out in October for consoles (and next year for PC), Konami still has time to change some systems if need be. I suspect the response to this rumour will be a particular driving force in their decision.