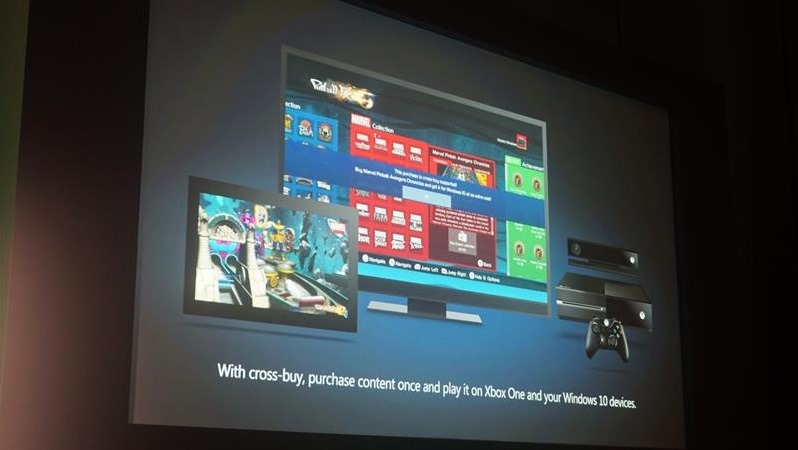 It’s about time Microsoft woke up to the fact that they don’t own one, but two hardware markets out there. Since the dawn of the Xbox the software giant has been treating their platforms as completely separate, rarely allowing the two devices to act on the same playing field. No longer though, because you’ll now be able to purchase games across Windows 10 and Xbox One.

Microsoft has revealed cross-buy, which should be familiar to anyone who owns a PS3/4 and Vita. Sony first introduced the idea of purchasing a game once and enjoying it on their entire console family, and it seems Microsoft are throwing their hat into the ring too. Select games will be made available on both Xbox Live and the Windows Store, meaning you only have to purchase them once to enjoy them on PC or console. It’s not going to be a staple option for every game, much like Sony’s own program.

But it does mean that more first-party titles will start appearing on PC. In fact, Xbox head Phil Spencer suggested at GDC that the age of Xbox Exclusivity was coming to an end. He hinted at the possibility of most first-part titles coming to both Xbox One and PC as exclusives. Forget console exclusives, and think more about hardware families. Windows exclusives, if you will.

Spencer believes that Microsoft finally have a robust ecosystem to allow for unparalleled cross-hardware gaming, and with Windows 10 I’m certainly starting to believe it. Cross-buy, cross-play and streaming, it’s becoming increasing apparent that Microsoft wants you to buy into their Windows family, and not choose between console and PC any longer. That’s perfectly fine by me.