Home Gaming No, there is no GTA V PC beta 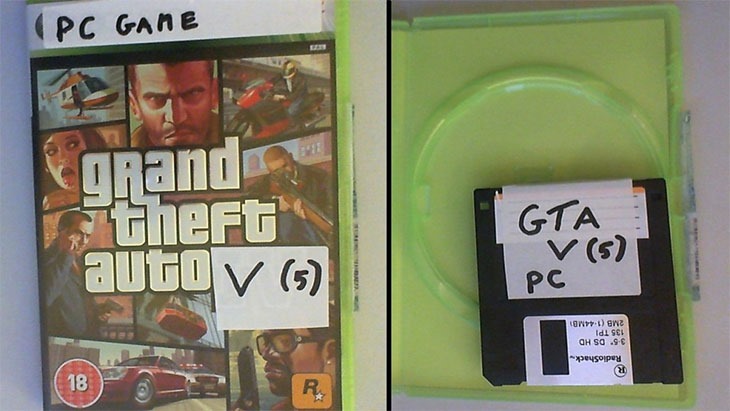 Grand Theft Auto, last year’s best selling game is for now, stuck on the old consoles. It may or may not be coming to Pc, and even the new machines from Sony and Microsoft. Rockstar hasn’t confirmed a damned thing. People  though, want to believe. Which is why some of them have been dumb enough to get suckered by the latest GTA V Pc scam, promising beta invites.

Here’s what the latest scam looks like..and it doesn’t even look remotely legitimate, sporting questionable language that seems to have its origins in eastern Europe somewhere. 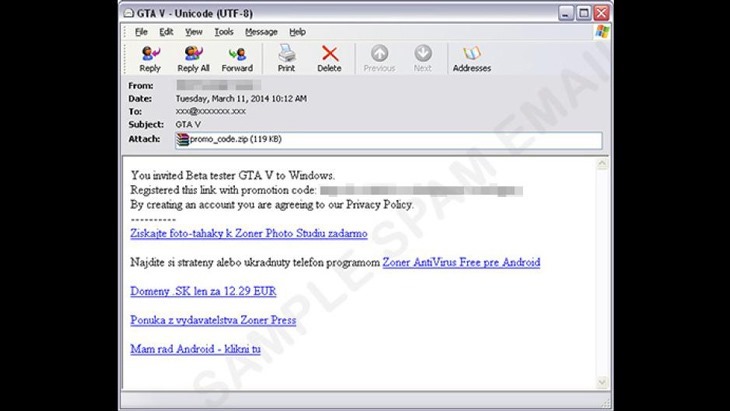 Registered this link with the promotion code” says the mail.

Naturally, the attached file contains malware, and anybody dumb enough to fall for this probably deserves to have all of their money siphoned. That’s very much the same thing that happened to people who downloaded “GTA V for PC” via torrents n October last year.

"Even though the existence of a PC version of GTA V is an unproven rumor, cybercriminals still managed to make convincing bait out of it.  We recently found a spam campaign making the rounds; this one claims that the user has been invited to the GTA V PC beta test," security firm Trend Labs stated in an official statement.

Remember kids, if an email looks too good to be true then it most likely is! Fight the urg…