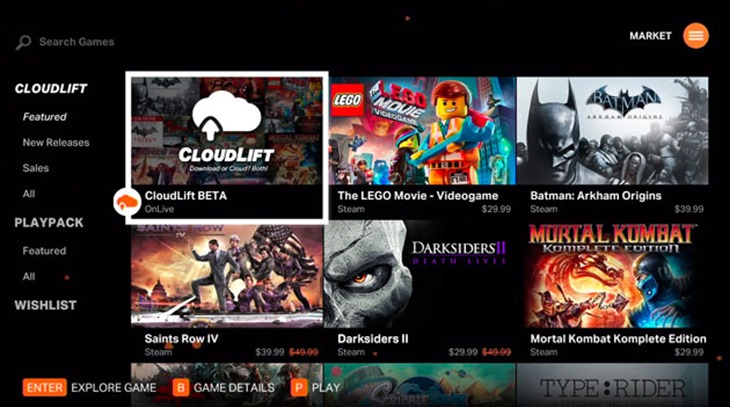 When OnLive first launched I scoffed and stated that it will never work. Through the numerous trade shows and press releases that followed I never once thought they had a chance and it was absolutely no surprise that they virtually collapsed in late 2012.

Since then we’ve not heard a thing out of the company and if you had asked me yesterday what happened to OnLive I would have told you that it’s probably dead… and I would have been wrong.

In fact while it’s been hibernating some really good ideas have been implemented and they have just started talking about the company again.

OnLive had two truly impossible issues the last time they tried to launch. Firstly there is the issue that most customers simply didn’t have the Internet connections available to make the idea of streaming a AAA title viable.

The second and the reason I believe it died at the time was that it was trying to position itself as a new distribution method entirely and that meant it was not only taking on retailers but also the might of Steam, Origin and smaller players.

The main publishers may want their game everywhere but at the same time they want the experience to be good and it was taking a lot of time and money ensuring OnLive could compete on that level.

However it seems that OnLive has now changed their plans and instead of wanting to compete against Steam they have decided they are going to partner with Steam.

The new OnLive offering, CloudLift, will enable you to sign into your existing Steam account and start playing your Steam purchased games instantly from no matter where you are. Now that’s cool.

Unfortunately right now it doesn’t work for all titles and according to Engadget is only available on the following 20 titles right now.

So how much is this going to set you back? Well $15 a month.. yeah they replaced a serious problem with another one. Why would you pay $15 a month to play games you already own?

They have a second offering now called OnLive Go which appears to be a way for existing games and publishers to provide a mobile interface to their experiences through OnLive instead of creating one from scratch.

At the moment they are also trying to score $10 per subscriber if you want to take Second Life on the go which is again ridiculous. The idea of outsourcing the mobile development would be appealing to developers but the costs OnLive are charging makes me think their infrastructure is far too expensive to realistically maintain.

Oh and most of us don’t live close enough to an OnLive server to make the service viable anyway.

So in short, OnLive have some fantastic new ideas but the cost makes it unrealistic to the mass market. I still don’t see OnLive making it.

If OnLive could convince Steam, Origin and publishers to use their service exclusively instead of maintaining their own infrastructure I could see them doing very well, but until that time this all seems like a pipe dream.