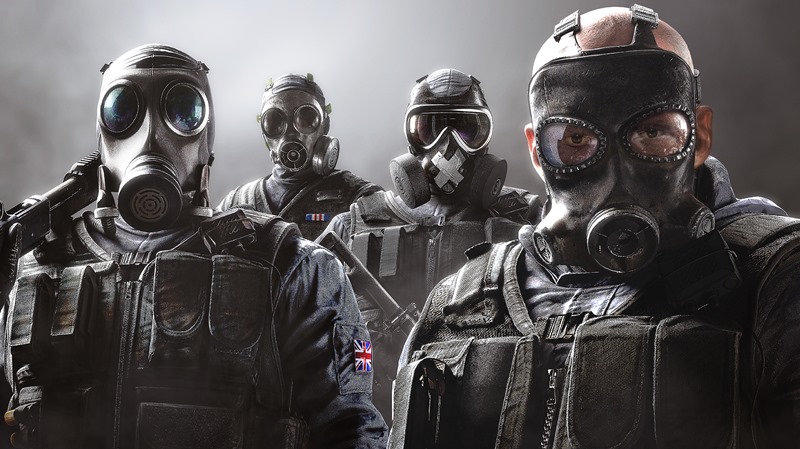 Operator, get me Tom Clancy on the line please.

Sure, you’ve got the skills to pay the bills. You see a terrorist and BAM! He’s dead. You’ve earned those stripes man. You’re the top dog, the alpha male in any hostage negotiation scenario and your skills happen to be in high demand thanks to your specialised methods of introducing your enemies to the business end of a lead slug. That’s where operators come in, in the Rainbow Six: Siege grand plan.

They’re the specialists that can be called upon to help tip the odds in your favour. Or as Ubisoft described them in a press release:

Operators are specialists from the world’s top Special Forces units and masters in their respective fields. Each has their own unique expertise which adds a new tactical layer to the Siege experience and pushes team play even further. Players will put together these operators to create their best CTU (counter-terrorism unit) composition in order to defeat the opposing team.

It’s not exactly a system that‘s new. Battlefield has all manner of classes, Evolve emphasised a team made up of various disciplines and Counter Strike sealed the deal on this idea many years ago. It will however, offer a tighter gameplay experience due to the four on four nature of Rainbow Six, where you’ve got one life to make your match count. Should be interesting to see the balance dynamic between operators as the game goes through development.

Rainbow Six: Siege will also have a collector’s edition available on launch day. Here’s what it looks like, with a list of goodies below that would make Goldmember himself rather happy: 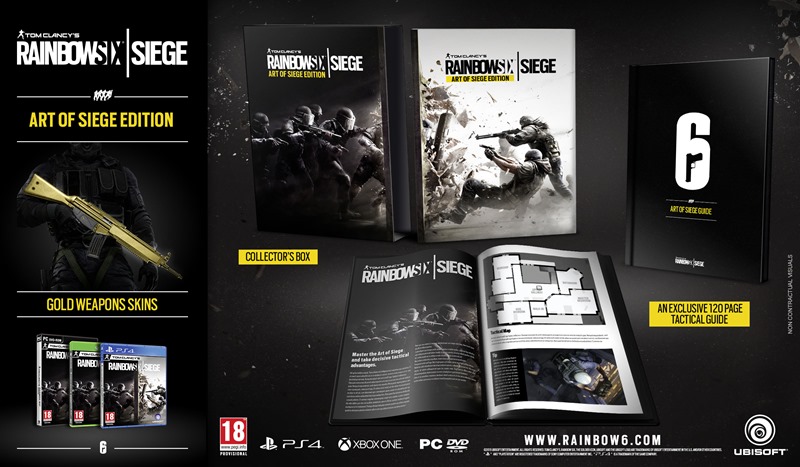 Reports of an even beefier collector’s edition, that includes Ubisoft providing an authentic Rainbow Six experience by having your home SWATted, have not yet been confirmed. Now keep those hands where I can see them, and check out some brand new assets in action: