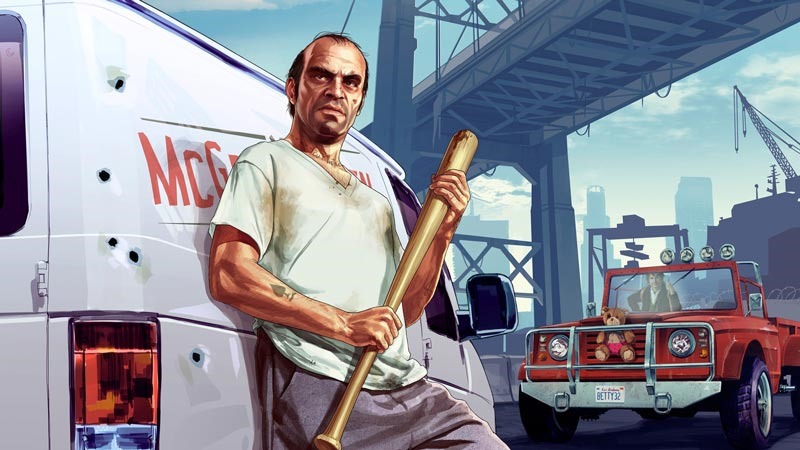 Because replaying GTA V through the demented mindscape of Trevor with shinier graphics sounds like an insanely fun idea to me, I will choose to believe one quickly retracted Rockstar post.

As much fun as GTA V was on Xbox 360 and PlayStation 3, shelling out extra for the same game a second time around is going to require some sort of incentive, some sort of extra that adds a new layer to the experience. And according to Rockstar, that bonus feature comes from a first-person perspective. The September 12 update was deleted since it was posted, but Google Cache has a backup. Here’s the original post:

Question: When upgrading from the Xbox 360 or PS3 version of GTAV to a PS4, Xbox One, or PC version, what changes will I see?
Answer: Grand Theft Auto V will take full advantage of the power of the PlayStation 4, Xbox One and PC with across-the-board graphical and technical improvements to deliver a stunning new level of detail. Increased draw distances, finer texture details, denser traffic, and enhanced resolutions all work together to bring new life to the cities, towns, deserts and oceans of Rockstar North’s epic reimagining of Southern California.
All new content and gameplay created since the launch of Grand Theft Auto Online, including an extensive array of new Jobs, an arsenal of new weapons, scores of new vehicles, new properties and player customizations will also be available for the PlayStation 4 system, Xbox One and PC with much more to come. In addition, the current community of players will have the ability to transfer their Grand Theft Auto Online characters and progression to their choice of PlayStation 4, Xbox One or PC.
Grand Theft Auto V for PC will also feature a video editor designed for advanced movie-making.
In addition to the above features, you’ll see:
• A brand new first person mode for vehicles that shows the interior of the vehicle, including working speedometers, tachometers, dash lights, and more
• A brand new first person mode while on foot
• A wealth of new easter eggs and random events for Story Mode
• New animals roaming Los Santos
• Animals in GTA Online?
• Players that transfer characters from Xbox 360 or PS3 will receive free new weapons and a free garage in GTA Online.
• Newly overhauled character selection screen

Take it with a dash of salt though. Faking this stuff is remarkably easy as it is. Then again, even if this mode doesn’t make it into the final PC game, you can bet that some enterprising modder will put it in anyway. Modders. They can do anything. GTA V arrives on PlayStation 4 and Xbox One on November 18. PC Gamers need to wait until January to get their San Andreas fix.