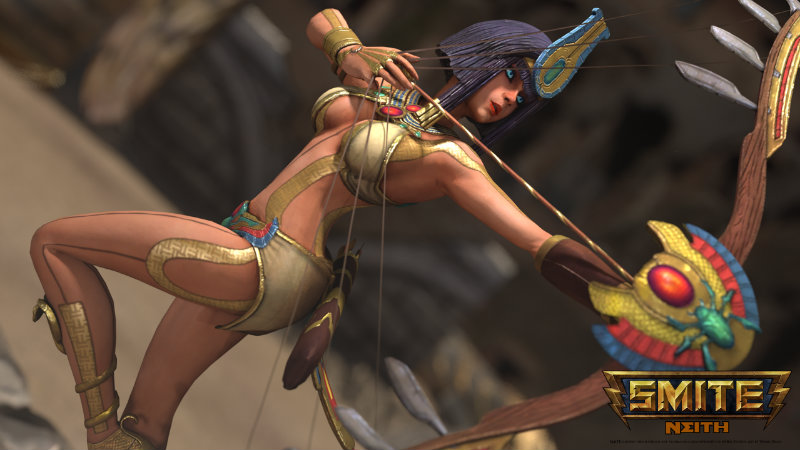 SMITE is the latest MOBA seeking to grab some of the Dota and LoL magic. In a bid to garner more players, they’ve released a a sexy video to promote their championship, gameplay and the fact it’s coming to Xbox. And I’m serious about the term sexy.

Here is the video to promote the Xbox Beta for SMITE:

The same video is used again with a different ending to promote the game as the “Battleground of the Gods” and push people to watch the Championships this weekend. It’s a cool looking video, although I spent almost the entire first half looking at the Egyptian goddess’ character design. Yes, let’s call them that. She is quite well endowed designed.

The championship is similarly ample, raising a prize pool of over $2.5 million. At time of writing, the 1st place winners will take home $1.2 million with the rest of the ranked winners still grabbing some rather sizable prizes. I had no idea that there was so much support for the game, and I’m seriously impressed. Hopefully a prize pool of this size will also pique the curiosity of new players, particularly on Xbox since it’s coming to them soon.

Were you planning on watching this championship? Are you more inclined to do so after seeing the bewbs videos and prize sizes? I might have to see some footage of the Championship and see if I can tell the difference between it and Dota/LoL. With so many new MOBA on the market, it’s good to see one that can drum up this much support.