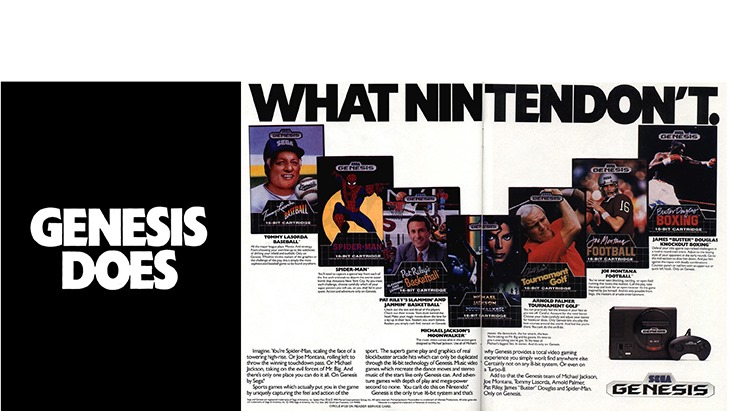 Harris uses hundreds of interviews with people in the industry to really showcase how heated the battle was between Nintendo and Sega, and how from humble beginnings, evolved into an industry that records more sales than the music and movie industry combined. Atlantic books publisher, Toby Mundy, has acquired the book for publishing for August 2014. He commented on Harris’ novel pertaining to its audience and strong narrative.

‘Blake Harris’s amazing book has all the narrative drama of the work of Michael Lewis and Ben Mezrich. It should appeal to gamers and non-gamers alike.’

Scott Rudin, producer of ‘The Social Network’ and Sony Pictures have acquired the rights to a feature film based on the book. It’s set to be directed by Seth Rogen and Evan Goldberg, known for their work directing Superbad and Knocked Up. They are also writing the screenplay.

I’m actually really excited about this. As someone who has thoroughly researched the console wars, since it tends to come up a lot in my Retro Wednesday feature, it’s exciting to hear this film is being made. It’s about time that videogames got a decent movie about the industry. If Facebook can have a good movie, so can the video game industry.I’m not sure how successful this film will be, considering the subject matter. It’s interesting how it’s from the viewpoint of Sega, and Sony has acquired the rights. Hopefully this’ll be a winner and not pointless and embarrassing. Could this be a good film with Seth Rogen and Evan Goldberg directing a thriller?  I have hope for it. What do you guys think?