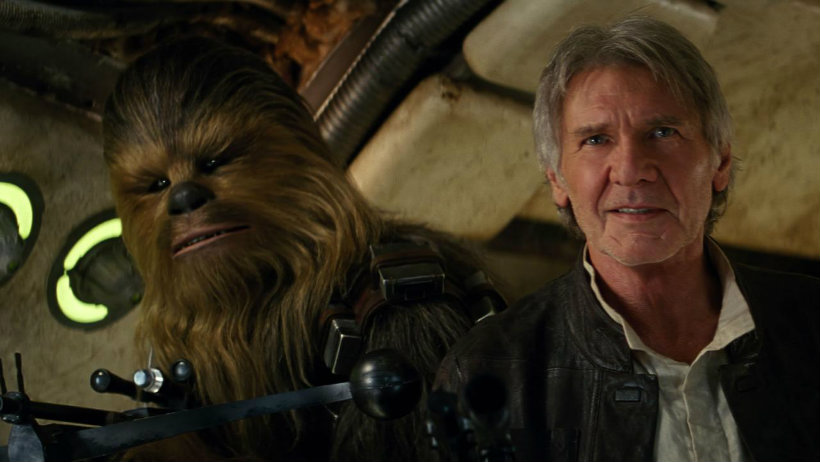 EA’s executive vice president, Patrick Söderlund is a huge fan of Star Wars, and he’s not the only one. Apparently, despite all the “difficulties” of working on licensed material, everyone at DICE was amped to get their hands on Battlefront; it seems to be a developer’s dream in general to be a part of making a Star Wars game.

Speaking to GamesIndustry.biz, Söderlund explained the supposed difficulties of working with licensed material and how easy it was for the team.

Disney has been very supportive. Everyone said ‘big licenses are hard to work with, the licensors.’ There’s been a lot of guidelines and rules that you need to follow, but they’ve been very simple, and they’ve always felt right to follow them. We’ve never had a big, ‘what are you guys thinking, putting Jabba the Hutt here? That makes no sense.’
So yes, there’s obviously a lot of work that goes into making sure that it’s approved and everything, but it’s never been a big issue for us, which is pretty cool.

While it has its difficulties, apparently all of the developers wanted to work on the game. They are excited by the vision of where the franchise is going and want to be a part of it. So what makes Star Wars so great? Geoff might argue “nothing”, but it’s obviously a franchise that gets a whole lot of people from all walks of life incredibly passionate.

In full disclosure, I was a complete Star Wars fanatic, and I know me and my brother had a room dedicated to all the Star Wars toys we had, and we had so many of them, we worked weekends to just buy more Star Wars toys. I’m 41 today, but I also have a 10-year-old daughter who wants nothing more than for her and me to go to see Star Wars, and that’s interesting. There are other old brands, I’m not going to mention them, but that I’ve tried to show her, and she’s like, ‘What … This is stupid, why would I watch this,” so it just continues to cross over generations, which is kind of interesting,

That, I think, is because it’s so timeless in its design, and the story is simple yet very powerful. You have the idea of something dark and something evil against something good, and then, on top of that, the third part of it is like something mysterious, like, in the Force and what that means, and then, you know, brothers and sisters and it’s a very, very, I think, it’s a very inspiring universe… What I’m trying to say is, the picture they painted to us, and why we wanted to get into it is, that’s the power of the brand.

Ugh, I hate hearing Star Wars referred to as a brand, but I suppose that’s exactly what it is. It’s just weird for me that an IP like this is actually considered a brand by companies and publishers. Still, it is telling how powerful Star Wars is to a younger generation as well as their parents; it bridges all of the generational divides; it’s probably a forgone conclusion that Battlefront and the new movie will sell incredibly well. Now for me to finally buy all those LEGO sets I never had as a kid…