With Crystal Dynamics and Tomb Raider community manager Meagan Marie appearing as one of the guests at ICON 2018, it was kind of inevitable that there would be a Tomb Raider presence at the Johannesburg gaming, comic and geek lifestyle convention. In fact, in a themed Shadow of the Tomb Raider theatre, daily previews of the upcoming action-adventure game took place. 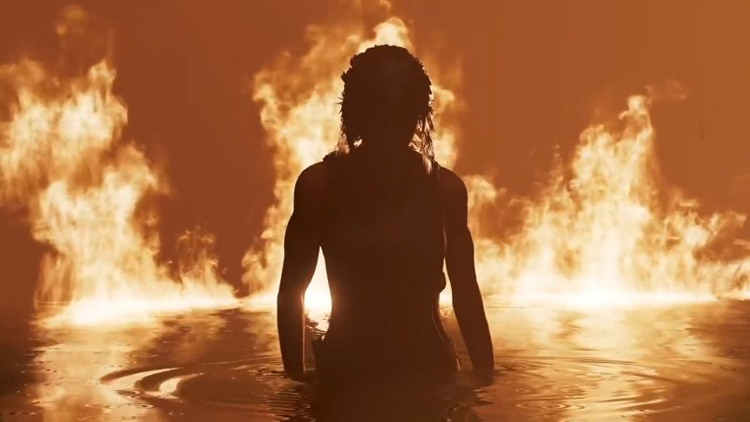 These previews included exclusive footage, evidently captured from the demo that has been playable at a handful of other global preview events and E3 and has yet to be released online. In this twenty-minute clip that combined cut-scenes and gameplay, Lara Croft is in a small village in Mexico, with her trusty care bear companion Jonah from the other two Tomb Raider reboot games.

In the footage, our heroine is keeping tabs on Doctor Dominguez, one of the heads of Trinity, a secret organisation of zealots focused on cleansing the world of the impure and unworthy through the use of powerful supernatural artefacts. When Lara receives word of Dominguez’s intention to find a legendary ceremonial dagger, she outraces him to the long-forgotten temple that houses it.

Lara has to endure cave diving, traversal and physics puzzles to reach it, but she gets her mitts on the dagger first. Unfortunately, her theft – with the intention of keeping the artefact out of Trinity’s hands – triggers a Mayan Apocalypse that commences by flooding the peaceful little town and killing many of its inhabitants, including children. A surprisingly reasonable (but middle-management-weary) Dominguez declares he has to stop what Lara has started, and departs. The fledgling archaeologist is left on her knees, with only her guilt and a serious reprimand from Jonah about her selfishness and destructive obsession. 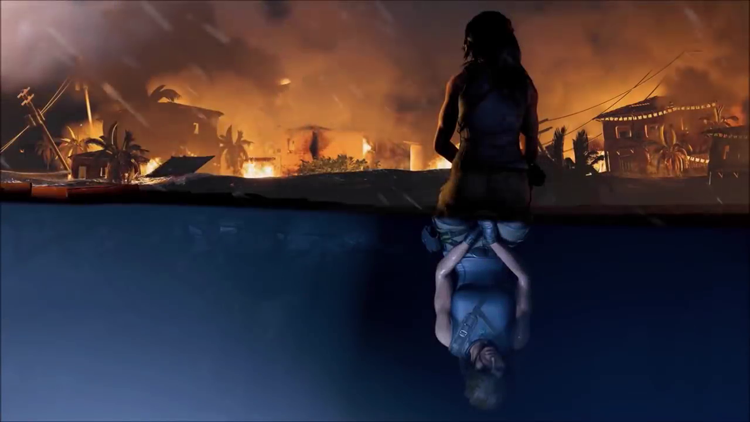 Between the footage and daily Q&As that followed the screening at ICON, here’s what was revealed about Shadow of the Tomb Raider:

There have been some welcome tweaks to the formula though by Eidos Montreal, who have stepped in as lead developers for Shadow. Making traversal meatier is the introduction of a rappel feature. Reminiscent of the magnetic grapple in Crystal Dynamics’ first Tomb Raider series, the Legend-Anniversary-Underworld trilogy, Lara can use the rappel to lower herself over ledges, as well as swing and build momentum to cross vast spaces. 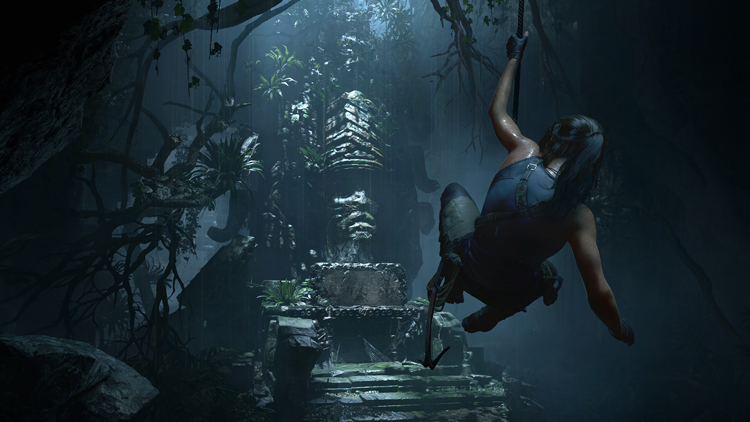 Noticeably buffer, and generally more physically prepared for her adventures (which has been highlighted in the recent run of tie-in comics), this time Lara can also overhang-climb.

2) Intricately customise the challenge of your play experience

Fans have been asking for it, and Eidos have delivered. Shadow of the Tomb Raider will include highly customisable difficulty settings. By the sounds of it, the game will have essentially a slider system affecting the three elements of combat, traversal and puzzle-solving. So if you want easy combat, but challenging puzzles and level-crossings, no problem. Although adjusting combat difficulty is more obvious, puzzles can be made harder by removing Lara’s Survival Instinct mode, which highlights useful items, as well as her verbal hints to the player. As for traversal, when set to difficult, usable ledges lose their white colouring and scuff marks. Brace for the many blind leaps of faith and limb-snapping deaths of the good ol’ Tomb Raider days. 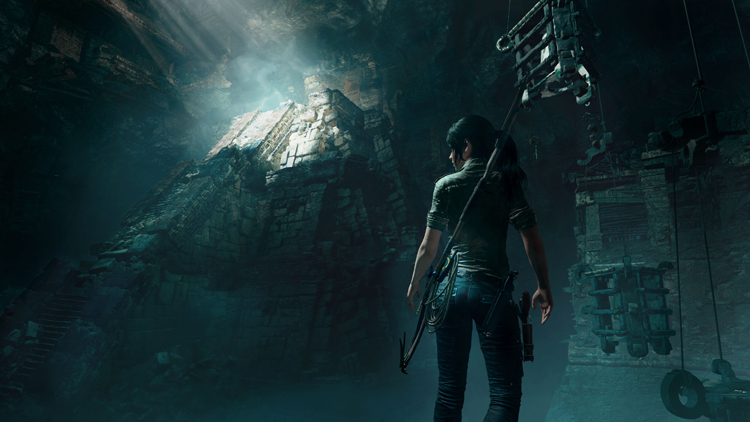 Building on its introduction to the gameplay mix in Rise of the Tomb Raider, stealth is even more important in Shadow. Although Lara can still do things like throwing objects and firing well-placed arrows to distract enemies, she has even more options at her disposal this time.

Like Batman in the Arkham games, she can now return to stealth mode by hiding. Guards will remain on the alert, but our heroine won’t be forced to engage in a gun battle. 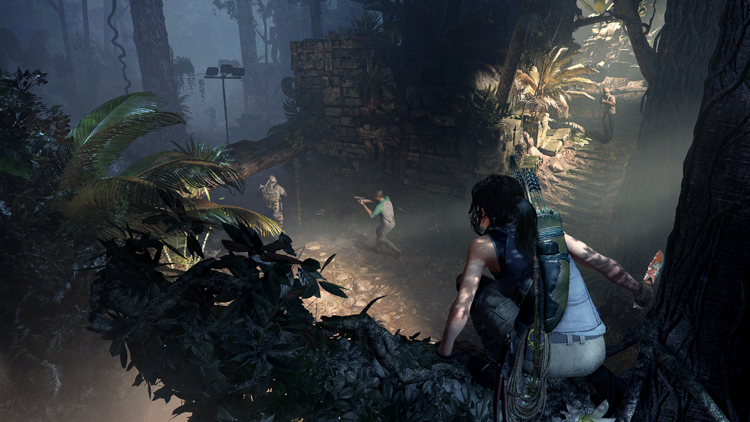 In fact, the preview footage showed Lara pulling a Homer Simpson and backing into the foliage to disappear from sight. This is all part of how the trilogy is intended to present Lara Croft’s evolution from Survivor (2013) to Woman vs Wild (2015) and, now, Apex Predator (2018) who is one with the jungle and complete master of her environment.

For the record, as previously, you won’t be able to stealth through the whole game. At certain points, you will be forced to fight. Thank goodness for those convenient red barrels of explosives then.

4) Get your archaeologist (and anthropologist) on

More cerebral and story-driven gamers will be pleased to know that mural reading and artefact collection are still very much a part of Shadow of the Tomb Raider. The assemblage of historical accounts via item, letter and journal collection was one of the most enjoyable aspects of the previous games – the closest the player got to real archaeology – and it’s back again here.

Shadow of the Tomb Raider will also reportedly include an Immersion mode, where you can set it so that background characters speak in local languages instead of English. It’s a welcome, authentic-feeling addition after the Remnant community all jarringly spoke American-accented English in the Rise of the Tomb Raider base game. 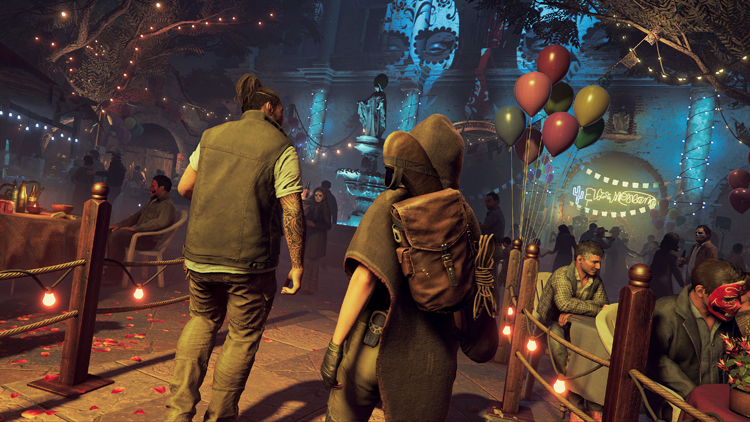 Shadow of the Tomb Raider promises that it will feature the franchise’s biggest ever hub – at least three times bigger than anything seen in Rise. The lost city of Paititi has yet to be properly revealed, but it’s apparently both breathtaking for players and a headache for Shadow’s developers. This is because the bowl-shaped design of the legendary settlement means that it’s mostly all visible at the same time, preventing easy division into sections and leading to loading issues.

6) Kick those cultural appropriation concerns to the curb

Speaking of Paititi, one early image released of Shadow of the Tomb Raider evidently shows Lara wandering around in traditional Maya garb. The Tomb Raider franchise has for a long time allowed the player to dress Lara up like a digital doll, in an assortment of outfits ranging from the practical to the wacky. However, it’s one thing to pull on Byzantine chain and leather, and another to don the traditional cultural wear of an indigenous people – simply to be a cool, colourful option for the player. How many real-life celebrities have learned this lesson the hard way at Halloween?

Before you get your knickers in a knot, Lara’s wearing of local clothing in Shadow of the Tomb Raider has an explicitly-explained reason in the game’s narrative. In short, she’s being respectful of her surroundings – and that translates into some of her other actions as well. So no, it’s not cultural appropriation. Shadow’s developers have reportedly consulted with experts to ensure the game’s depiction of South and Central American cultural heritage is sensitively handled. 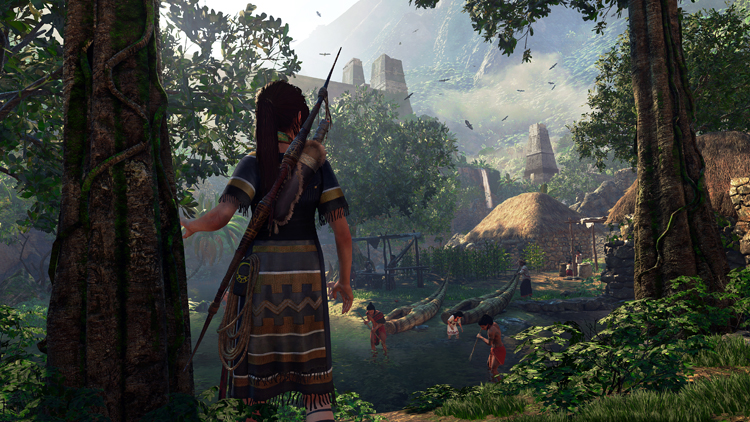 P.S. Props to the devs for actually presenting Lara Croft’s “white saviour” as swooping in to save the day and instead causing disaster for the local “brown people” through her arrogant belief that she knows best. That’s woke by mainstream video game standards!

7) You better be good at holding your breath

In Tomb Raider 2013, Lara could wade a little across rivers and off the beach. In Rise of the Tomb Raider, underwater swimming returned, but mostly involved a rebreather. In Shadow of the Tomb Raider, after extensive preparatory training, Lara is back to the perilous freediving of the Classic franchise days – continually risking death by drowning as she explores cenotes, vast underwater cave systems and flooded passageways.

To heighten the stress of this special kind of exploration, it looks like you’ll have to adjust the game’s difficulty setting. Otherwise, the pockets of air that keep you alive are marked as you pass by – and that’s a bit too convenient. The same goes for the traps in the reportedly “far more deadly tombs.” One thing you can’t be alerted to, though, are the aquatic enemies, such as eels, that are waiting to dart out from shadows and crevices. 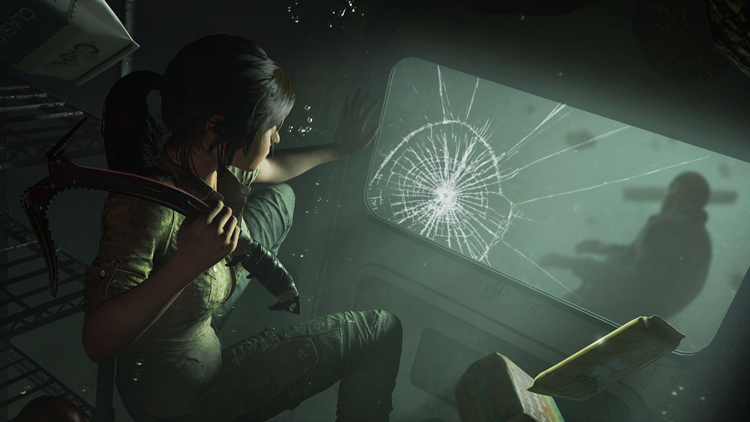 8) It’s not all doom and gloom

Shadow of the Tomb Raider is being marketed as the grimmest of the reboot series, both in terms of its moody, threat-filled setting and Lara’s psychological journey – grappling with the frequently tragic consequences of her obsession. This said, Shadow of the Tomb Raider won’t be without some levity. The reboot series will never feature Nathan Drake-style wisecracking, but in Shadow you can expect Lara to go full archaeology nerd during some explanations. Jonah will also reportedly make her laugh in some scenes – one of those big, warm, forget-all-your-worries kind of laughs. So yes, there is some lightheartedness in the mix. 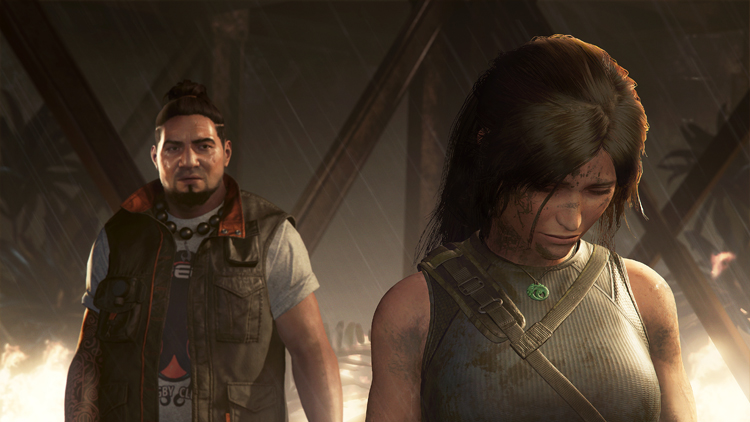 9) Love me some llamas

Taking a page from Assassin’s Creed Origins and its cat stroking, in Shadow of the Tomb Raider Lara will be able to interact with llamas as they roam around the landscape. There’s hopefully going to be some achievement related to the creatures – in Rise of the Tomb Raider, you were encouraged to fling around chickens, and sometimes flame(arrow)-grill them. FYI, Shadow’s game devs have sadly refused to include a “hug llama” option, so get your petition set up now.

South African gamers – at least those at the ICON preview – asked about multiplayer every single day. Although Shadow of the Tomb Raider’s exact season pass content has yet to be presented in detail, the game will definitely not have a conventional combat-centred multiplayer (which was attempted with Tomb Raider 2013). Shadow’s developers have listened to fans, and the end result are the promising Challenge Tombs. There may be a cooperative element to completing these tombs, just as there was cooperative Endurance Mode in Rise of the Tomb Raider, although the early impression is that this DLC content will be more like the Predator Challenges in Batman: Arkham City, except with traversal and puzzle-solving prioritised over stealth. 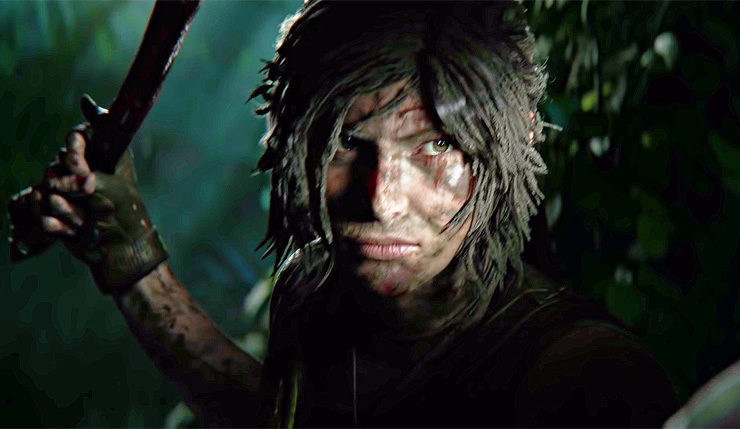 Shadow of the Tomb Raider releases on 14 September and will be available simultaneously on Xbox One, PS4 and PC. No timed exclusivity deal this time, whoop whoop.