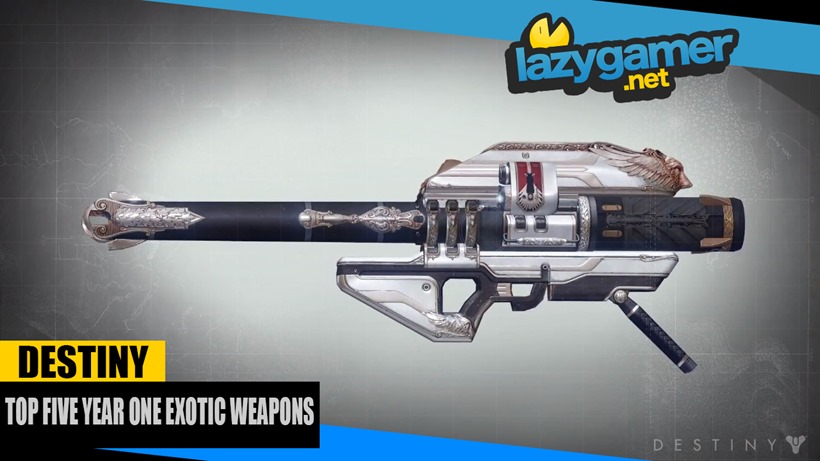 Listicle articles are great. They’re easy, sort of quick and everybody wants to tell me just how wrong I actually am. THAT IS AWESOME! So in celebration of the verbal bollocksing that I’m going to get, I’m bringing back lists with a bang.

Specifically, a Destiny bang! While I wait for Axel Braun to make that suggestive title a reality, I’m looking back at the very best Exotic weapons to come out of the game. Exotics that’ll soon be outclassed by the upcoming year two gear. So let’s get this show on the road!

You cannot have a Destiny list without mentioning good ol’ Gjally. The Gjallarhorn is the very definition of Destiny’s first year: An unbalanced piece of art that few people could get their hands on properly. But once you had it, you were a king.

Overpowered and as ostentatious as a peacock in an EFC ring, the Gjallarhorn isn’t just the best rocket launcher in the game. It’s the best weapon, period. 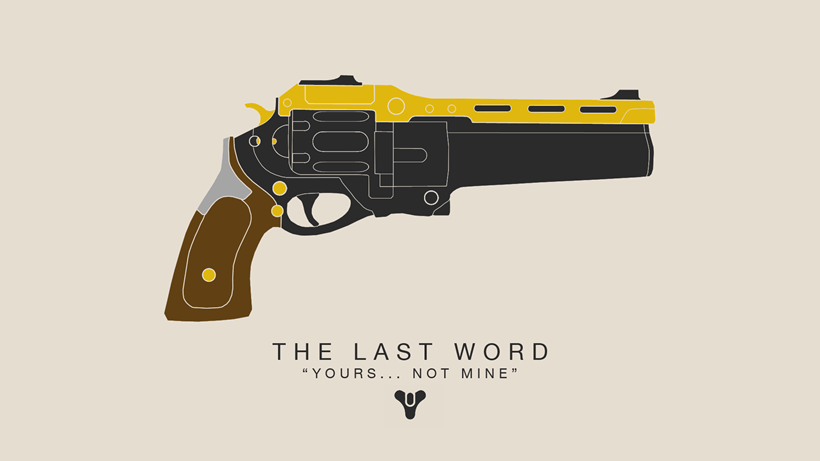 I hear you: Yes, pound for pound, there are better hand cannons in Destiny. Guns such as Hawkmoon, Thorn and Fatebringer. But let’s be real here: None of them are as cool as The Last Word. It’s got a gorgeous space-western aesthetic to it, a hip-firing monster that just dares you to go ahead and make its day.

It’s pure art, but one with a fantastic story attached to it if you read up on it. A tale of betrayal, darkness and a hero falling. And having a story such as that attached to this hand cannon, made it more special for me.

The one thing that you have to realise about most weapons in Destiny, is that they’re situational weapons. Most of them are perfect for specific scenarios, and not so great in others. But then you have the Suros Regime. It’s the workhorse of Destiny autorifles.

A reliable piece of kit, that’ll never let you down thanks to a fantastic array of perks that keep your helth up while dealing higher damage as you near the deadman’s click of an empty magazine. The Suros Regime is a Jack of all trades, and a master of all of them. 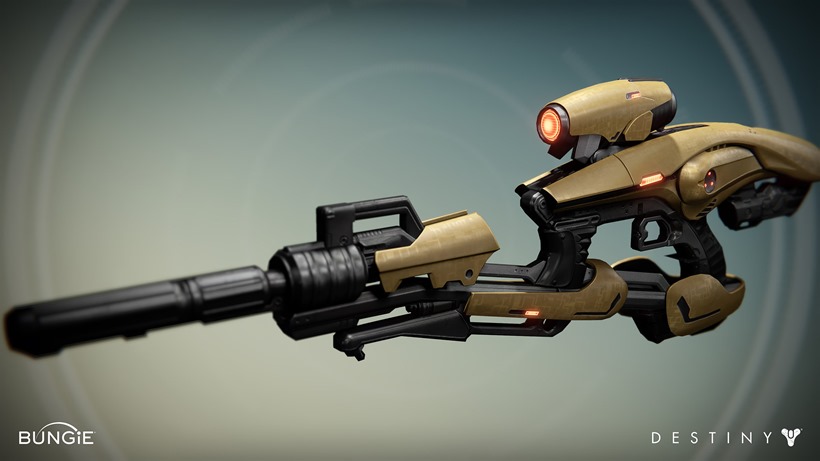 Exotics ain’t easy to find, and some Exotics are more exotic than other exotics, if my paraphrased butchering of Animal Farm is correct. Take the Vex Mythoclast for example: Your chances of having this drop in the Vault of Glass raid are usually between buggerall and jacksh*t.

But once you have it, you own something that other Guardians will lust after. At first glance, the primary weapon Fusion rifle may not have much going for it, but ask anyone who has upgraded it just how special this particular rifle really is, and they’ll just smugly grin at you. 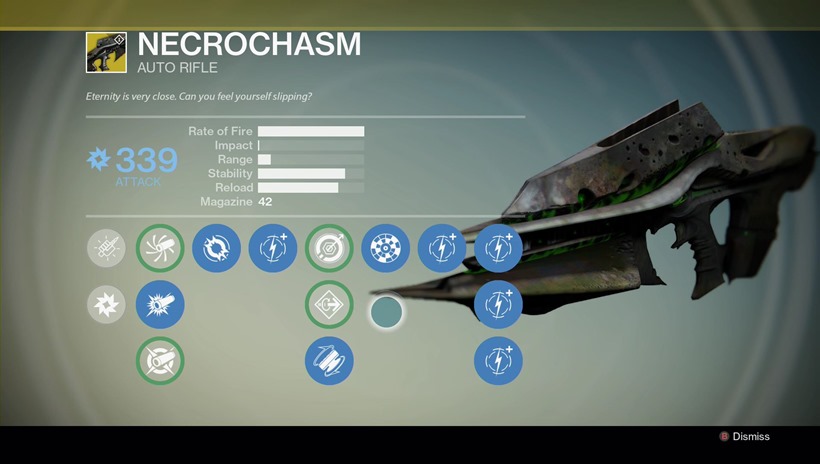 Speaking of smug satisfaction, here comes the Necrochasm. The kind of luck that I had with obtaining this weapon is equivalent to swimming in an ocean of four-leaf clovers. And that’s because most people who pick the Necrochasm up, don’t even realise what they have at first.

Cunningly disguised as a rather worthless common gun, the Necrochasm requires a few upgrades before it unlocks its final form, like a cliched Dragon Ball Z villain. Once fully powered up however?

You’ll have an autorifle that chews through ammo like an unsupervised fat kid let loose at a carnival stand. And that’s not even the best perk. Because aim your shots correctly, and you’ll turn your foes into Hive kamikaze cursed Thralls in the process. Now how many autorifles you know of that can do that?