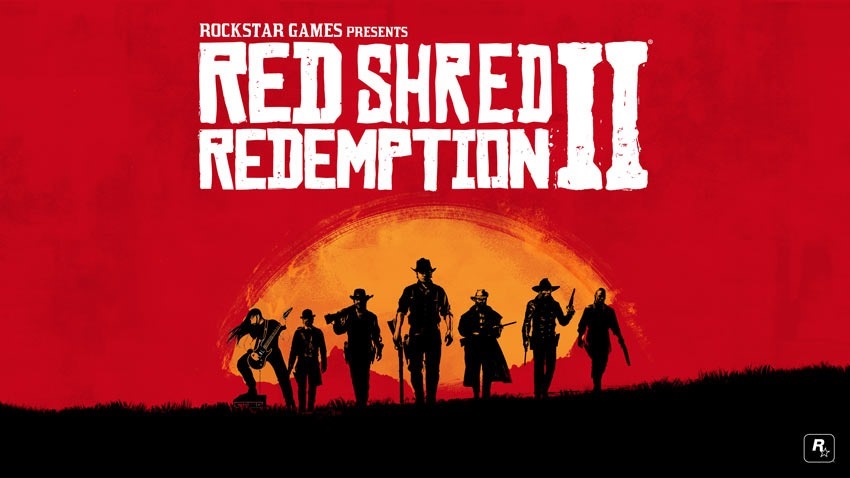 With Spider-Man and Destiny 2: Forsaken being the first shots fired in a very busy gaming quarter, it’s time to bring out the big gun: Red Dead Redemption 2 on October 26. Easily the most anticipated game of the year, Red Dead Redemption 2 isn’t just a sequel that has you donning a black hat and fighting the law in an era when the West began to settle down from its more rambunctious days.

It’s a game built for current-gen consoles, a huge leap for developer Rockstar Games who spent several years crafting Grand Theft Auto V for the ye olde PlayStation 3 and Xbox 360 before they updated the title for the PS4 and Xbox One. So what really makes Red Dead Redemption 2 different then? What makes it feel like a game that goes beyond being GTA with horses? An atmosphere of business that ties into the hustle and bustle of a simpler time apparently. “It’s the sense of life the game has that most sets it apart,” Rockstar North art director Aaron Garbut said to Games Radar.

When you first enter a town and you see the townspeople going about their business, building houses, selling papers, hanging out, you can instantly tell that we’ve never experienced this detail in an open world game before. Where you see a a shack on a hill and you know there is something interesting for you there, maybe you will break in and stumble onto a mystery, or meet the owner and end up getting tangled in something.

I think that’s when you can tell that it’s new territory, when you are not even sure if what you’ve done was a mission or not. When all the systemic parts of the world come together with our scripted content in the right ways, it’s kind of incredible.

While that does sound like same same but different when the inevitable GTA comparisons begin, at least one thing is certain: Both franchises will still share that delightful heritage of giving players the tools with which to cause untold levels of mayhem in their respective sandboxes. Now if you’ll excuse me, I have to make plans to hop into Red Dead Online and tie Al’s character to some train tracks. Choo choo mother lover.

For everything else about Red Dead Redemption 2, don’t forget to check out our hub of knowledge on the game. I worked very hard on it and my mom says its excellent.