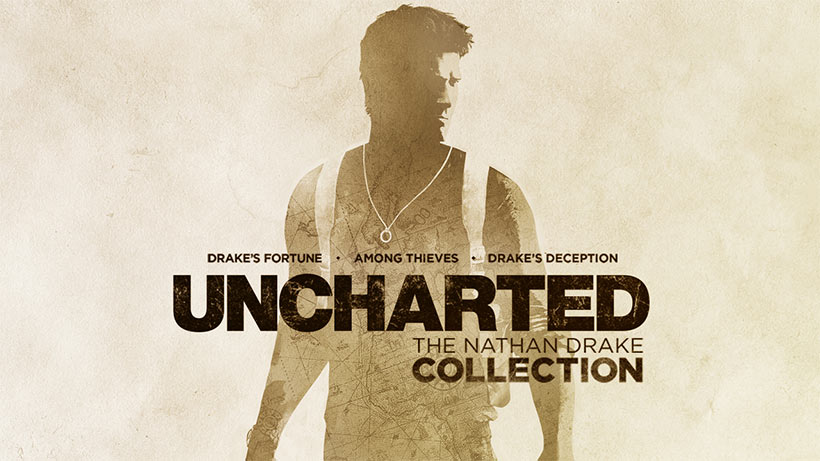 Gears of War: Ultimate Edition is out this week – and it’s a lovingly crafted remake, more than it is a remaster. There are new assets, new textures, new voice-overs, wholly remade cut-scenes – and a new multiplayer mod that modernises the game. It’s been done with a tremendous amount of love and care – which is great for a flagship series on a new console.

And it looks like the impending Uncharted: The Nathan Drake Collection is getting a lot of love in its remaster too. Though not quite as exhaustively remade as Gears of War’s Ultimate Edition, The Uncharted collection will feature a trilogy of games that presents as a more than a simple remaster.

According to Eurogamwer’s Digital Foundry, you can expect more than just higher resolutions when you play through Uncharted again.

“The original character models used in Drake’s Fortune look rather dated next to those used in Uncharted 3,” said Digital Foundry. “It makes sense to create a more coherent look across all three games by upgrading the models, and based on what we’ve seen in the trailer, that’s exactly what has happened.

“In addition to main character models, supporting detail also receives a boost. A significant number of textures are replaced with higher quality versions while special effects work, such as explosions and fire, are improved as well. Models with minimal screen-time receive a healthy increase in detail as do many of the backgrounds. Meshes used for terrain are modified significantly in a number of situations.  The changes may not immediately leap out, but taken as a whole, the improvement is impressive.

“All three games benefit from an increase in resolution to full 1080p with post-process anti-aliasing.”

The porting is being handled by one of the best porting studios in the business – so no, not High Voltage or Iron Galaxy. Instead, it’s done by Bluepoint Games, and their expertise seems to be showing.

“Keeping in mind the complexity of this project, the results so far are highly encouraging. All three games were designed specifically with the PS3’s unique architecture in mind – with the wrong developer on the job, this project could have been a disaster or at least, just plain unremarkable; another in a long line of basic ports with few improvements over higher resolution and frame-rates.

The evidence suggests that bringing in the experts at Bluepoint seems to be paying off in spades: over and above the accomplished performance level and new effects, what impresses us the most is the care and attention in improving even the most incidental of background detail.

… Bluepoint is clearly one of the best in the business when it comes to remastering projects and all the evidence to date suggests that a highly talented developer is at work here, giving all due care and attention in porting over and enhancing three of PS3’s most beloved games.”

Another key difference between this and Gears of War’s remake is that in Gears, there’s been a focus on fine-tuning the game’s multiplayer, where in this collection, it’s been yanked out completely.

Still, these seems like an excellent remaster – and is especially appealing to new PlayStation owners who’ve never experienced the series before.