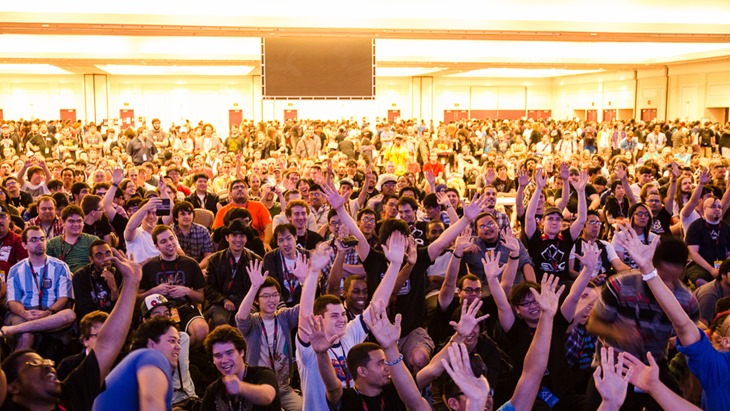 Rugby? Formula 1 Racing? Ballroom deathmatch dancing? I scoff at your sporting events this weekend. I scoff to the max. Because this weekend is all about getting your bliksem on as the EVO 2014 tournament kicks off. All the biggest names in the genre will be throwing down over the next few days to see who’s the best at inflicting pain. Here’s your full schedule and links to watch the action unfold. HIT HIMHARD HEY?!

You’ll find all the links below for the relevant Twitch streams, as well details on which games are being played, at when times. Hmm, I may have just landed a super-combo on my grammar there. 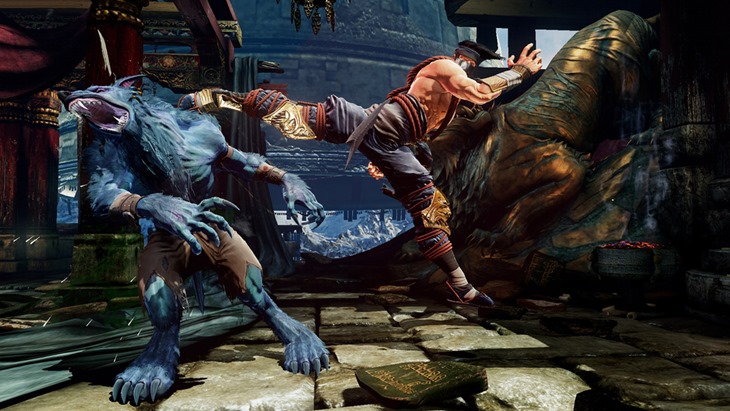 The youngest face at EVO, Killer Instinct is your Xbox One entry that has an emphasis on combos. Really, really long and massive chains of attacks that turn combatants in assembly lines of kicks and punches. Players can still break their way out of those combos with a well-timed button-press that matches strength for strength, so expect to see this game have plenty of fist-based stalemates this weekend. Matches take place on Saturday July 12 and the following Sunday. 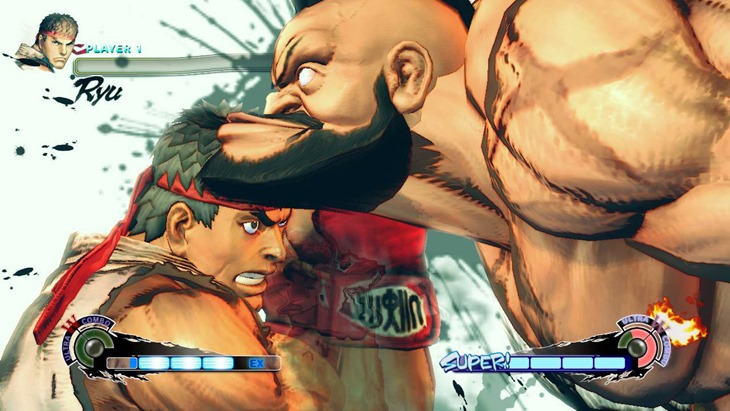 The daddy of fighting games is back once again, in the Ultra configuration. There hasn’t been a lot of time to get up to speed on all the minute changes that the latest Street Fighter 4 iteration has released this year, so matches could provide quite a few upsets this weekend. The game with the most pressure and the biggest penalty to a just single bad move, Street Fighter 4 is more defensive than the other games on this list, but no less exciting as many competitors see this title as the main event of the EVO experience.

Injustice: Gods Among Us 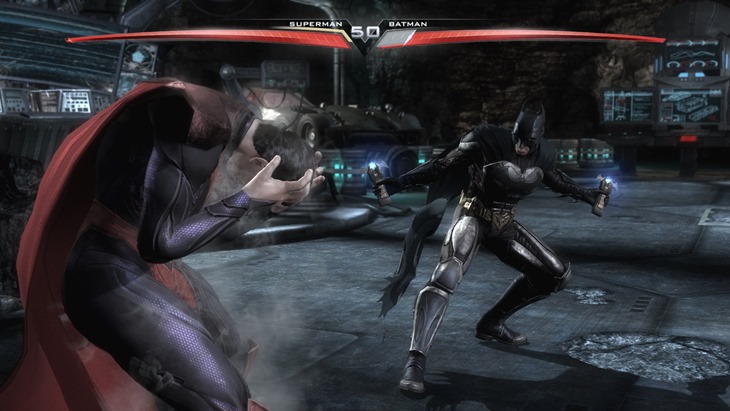 Whereas other fighting games like to get up close and personal, Injustice: Gods Among Us provides a suitable middle-ground for projectile-happy players as well. Mortal Kombat meets Street Fighter, this is still one of the most nail-biting games to witness at EVO, with the Wager system being a massive decider that can make or break a match when players go head to head. Massively tactical and heavy on the combos, Injustice is always a treat to watch unfold. 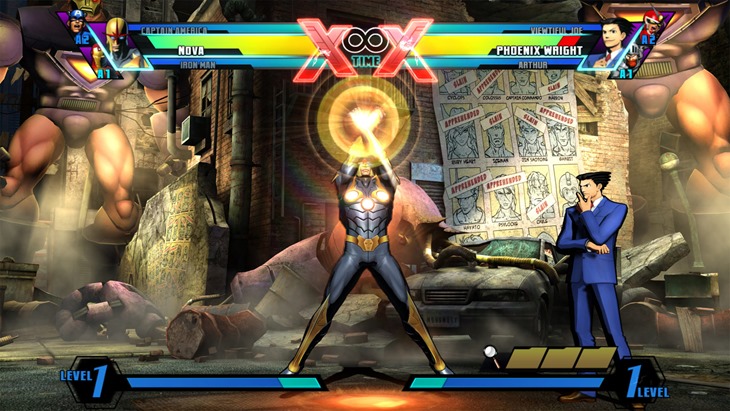 Marvel represents for the tights and capes crowd this weekend with with their crowd-favourite fighting game Ultimate Marvel vs Capcom 3. To some, it may look like an epileptic colour fart of swords and guns, but to the experienced player, it’s a far more tactical epileptic colour fart of swords and guns. One of the most over the top games around, UMvC3 is wild, unpredictable and will most likely make your eyes bleed at the end of a final. 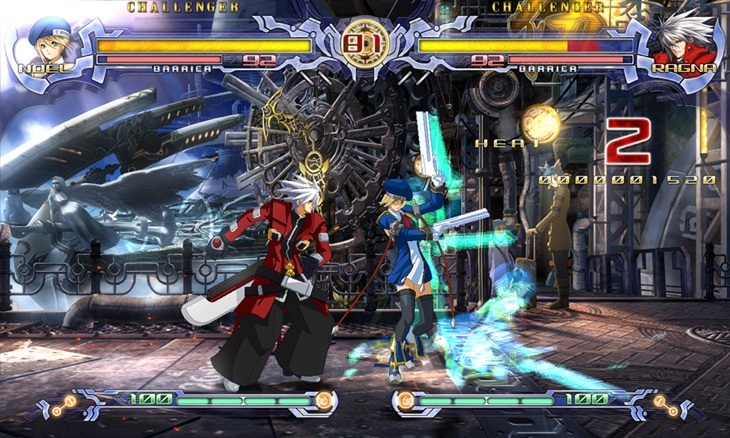 While Blazblue may not be the only anime-style game on offer at EVO, it is one of the more frantic titles around thanks to an emphasis on dashing on the ground and in the air. That simple mechanic makes air-space control so much more crucial in the thick of a fight, far more than other games on this list. High risks, big combos and big payoffs in this underrated gem.

The King Of Fighters XIII 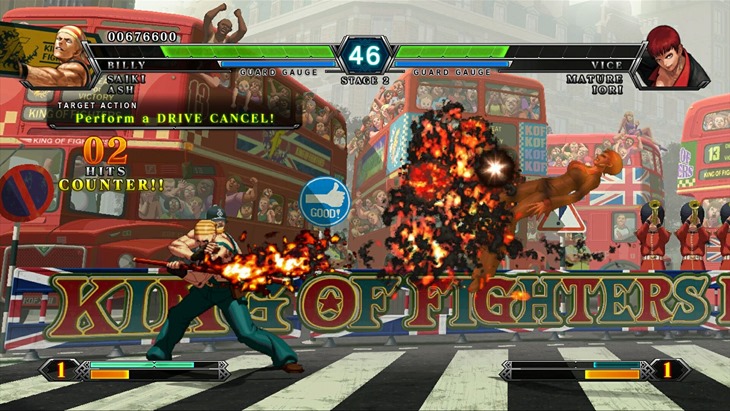 Easily the fastest game on this list, King Of Fighters XIII is weak on the defensive and heavy on offense. While it has solid fundamentals, the core of the game comes in from the way characters position themselves on screen, with various dashes and jumps available. Players can also dodge pressure attacks with handy rolls, which usually leads to some intense matches and some of the most ridiculous combos you’ll see outside of an all-you-can-clobber buffet. It’s got very little screentime at EVO, but it’s still worth a watch to see this bad boy in action. 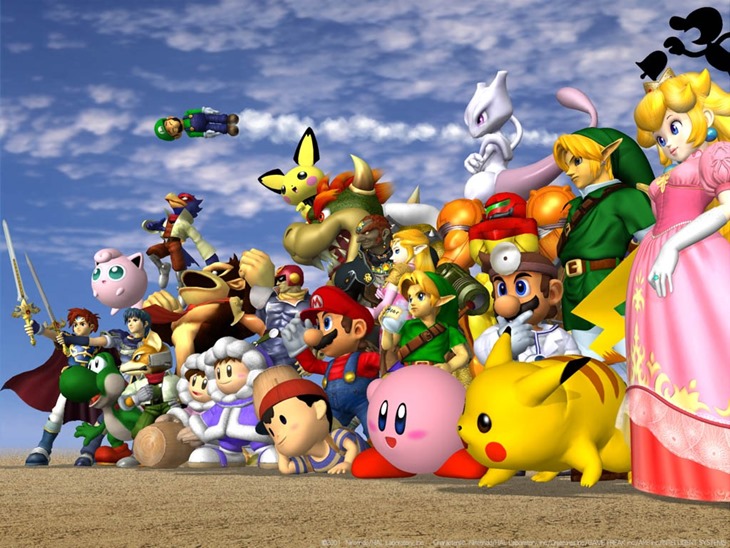 Street Fighter may be the oldest brand on show at EVO, but Super Smash Bros Melee is easily the oldest game kicking around at the tournament. How does a 2001 game such as this manage to attract such massive crowds then? Simple, it’s because even after a decade, players are still finding a way to pull off upsets and surprise new moves in the brawler. But what really makes the game so special, is that even whe
n a player looks completely down and out for the count, they have a chance to bounce back, which has made for some incredible matches in the past. 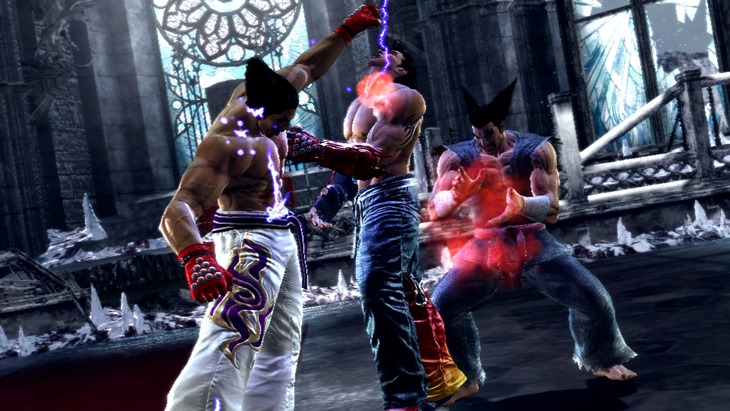 It may not garner crowds like Street Fighter 4 and Super Smash Bros Melee, but Tekken Tag Tournament 2 is still a vital part of EVO. Providing a more three dimensional approach to fighting with quick dodges and more space, the game drops projectile combat for a closer and tighter experience, and the instant switching of partners has led to some memorable moments in past EVO tournaments. It’s also the only game where you’ll see a panda kick some ass.