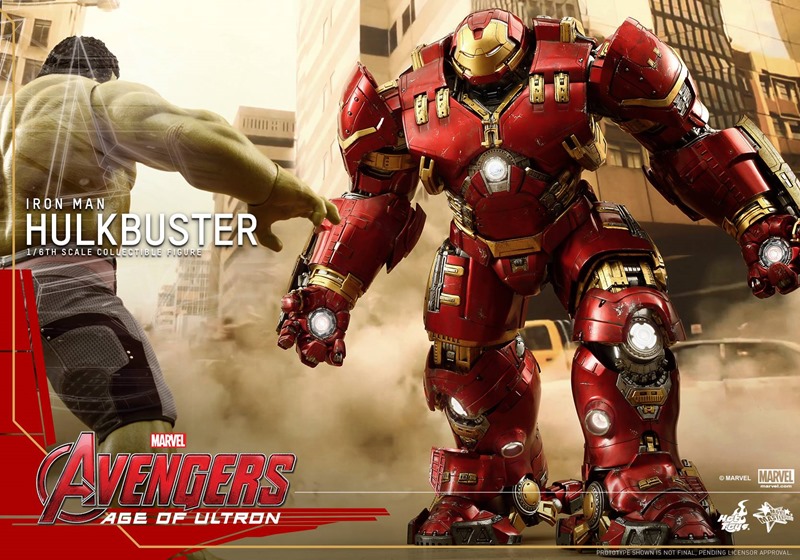 Sideshow Collectibles and Hot Toys have made a name for themselves with their various Iron Man replicas. From the classic Mark III armour all the way to the gorgeous Starboost/Gemini suit, each figure has looked beautiful. But their latest Iron Man suit may just be their biggest addition to date. They gone and made the Hulkbuster armour, straight out of the upcoming Avengers: Age Of Ultron film. And it is freakin’ massive:

This figure will measure in at a height of 55cm or 21 inches. That’s the John Holmes of Iron Man figures, as this figure dwarfs even the Incredible Hulk that Hot Toys offers by an entire 4.5 inches. As usual, this one will have built-in LED eyes, hands, legs, back and and a chest-mounted arc reactor, with enough space inside to place  an Iron Man bust. It also looks like it would be at home in the Warhammer 40K universe, but that’s a story for another day.

There’s no official pricing available yet for the Hulkbuster, but I can easily see this one retailing for around $600 when Sideshow set’s a release date for it.

Update: Sideshow just released the official specs for the Hulkbuster. As well as the price. It’ll cost ya $824.99 for a toy replica that can smash the incredible Hulk.