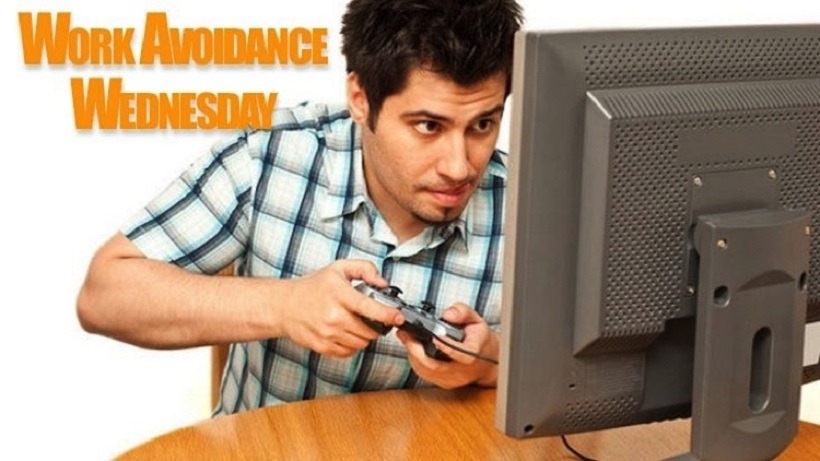 Phew, it’s cold! I’m heading straight back to bed as soon as I’m done with work. Problem is, that’s many hours away still… OR IS IT? Of course not, it’s Wednesday, and I have something up my sleeve to help me, and even you, whittle that time away into nothing more than a gaming blur. Join me, friend, in being unproductive, and avoiding work this very second!

Today’s choice, inspired by this charming weather, is Snow Bros (not that it’s snowing or anything, but you get the point). As a kid, I spent many an hour lost in an arcade with nothing more than R5, and this game is one I slotted far too many 50c [Ed’s note: 50c? Pah, children!] pieces into. 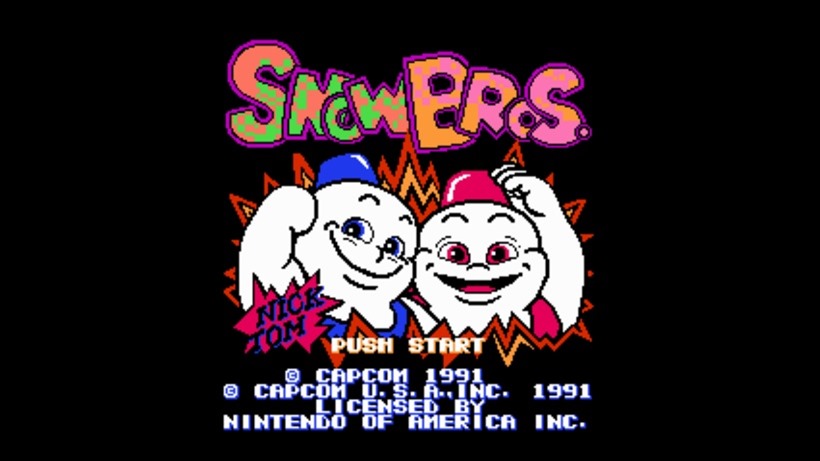 Want to feel old? Snow Bros was first released in 1990 – 25 years ago. Stories were so deep back then. Don’t believe me? Here’s the premise for the game, snatched from its opening cinematic:

For many years, King Scorch had plotted to take over the world, but he knew that his armies could not defeat Prince Nick and Prince Tom of Whiteland. Then one day, King Scorch found a way to freeze his enemies in their tracks.

From high atop the crystal mountains, King Scorch used his magic to summon the winter winds and transform the two princes into snowmen. Without the protection of the princes, Whiteland was quickly conquered.

With Nick and Tom in cold storage, King Scorch invaded the tiny kingdom of Snowland and took Princess Teri and Princess Tina hostage. When Nick and Tom heard what King Scorch had done, they vowed to rescue the princesses from Scorch’s castle and restore peace to the two kingdoms 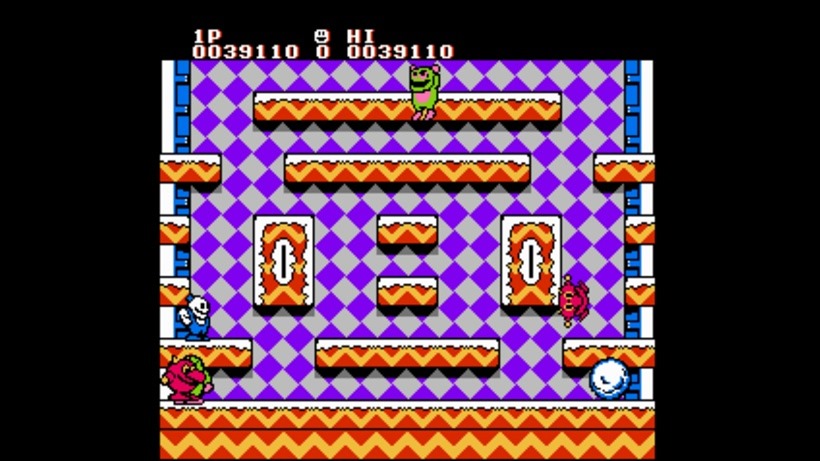 The gameplay was simple too, yet incredibly addictive. As either Tom or Nick, players had the power of throwing snow out of their hands. To defeat an enemy, they had to be covered entirely with the white powder, then pushed away to their demise.

Knocking other enemies with the pushed snowball would kill them instantly too, and sometimes yield power ups. These could make the player run and jump faster,  throw more powerful attacks, or throw their snow further. There was also one that inflated the player to a much larger size, allowing them to float around and kill any enemy that got touched. 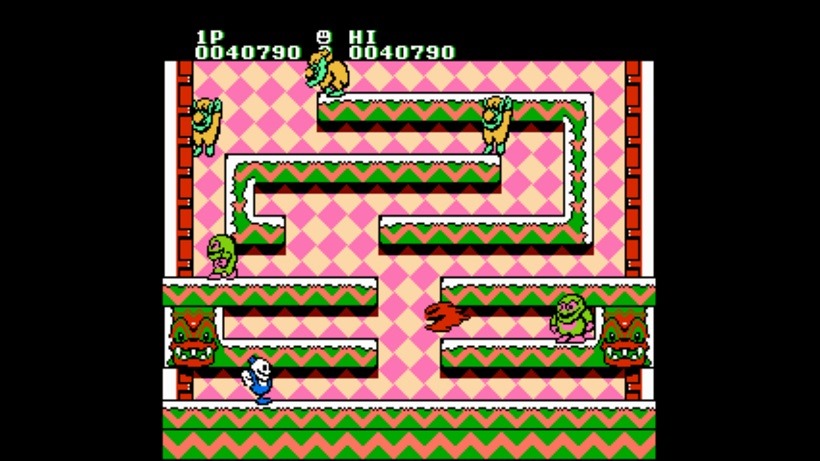 Every 10 levels would yield a boss encounter. They could be quite a nuisance to tackle, especially if no power ups were acquired beforehand. Even so, the best strategy is always to turn a smaller enemy into a snowball and throw them into the large foe, yielding maximum damage.

I could never finish the game with one 50c piece alone – it always took me multiple tries. The emulator you’ll be playing is more forgiving, the NES version – costing you absolutely nothing! 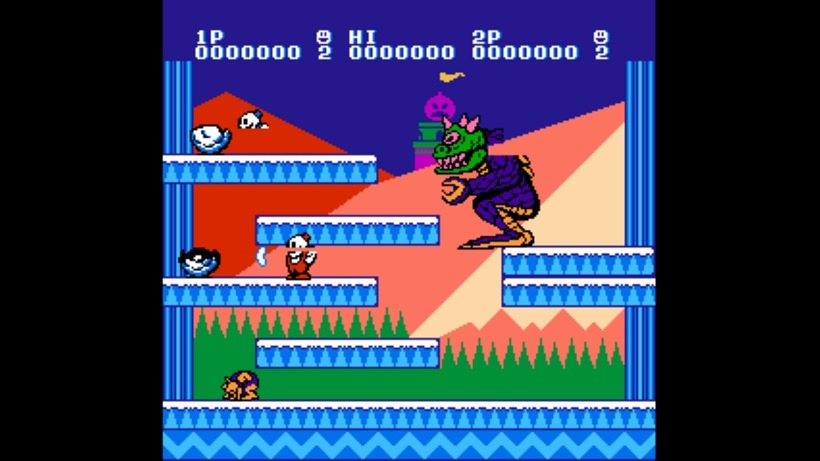 How far can you get in Snow Bros? Be sure to grab a buddy, because it does make for a better experience when played co-op!