Home Gaming World of Warcraft: Warlords of Draenor on pre-sale 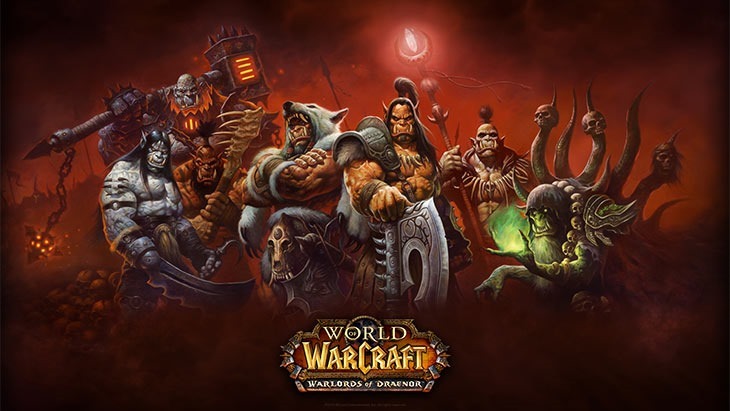 The fifth (and, deity of choice willing final) expansion for World of Warcraft is coming this year, and Blizzard’s seen fit to put the digital versions of the thing up for pre-order. You can pick up both the regular game and the digital deluxe edition from the Blizzard store. they’ve also revealed that the expansion will be out on or before December 20 this year. Brace yourselves.

It costs 45 Euros for the regular version, and 60 euros for the Digital Deluxe edition. With our currency in the toilet at the moment, that means about R670 for the regular edition, and nearly R900 for the digital deluxe. for those who prefer physical things, the expac will be hitting retail shelves later in the year with even more lthings, like art books and CD’s and  shame.

Interestingly, either version will allow you to boost a single character to level 90 in an instant.  Blizzard’s also revealed earlier this year  that you can now pay to level your characters to level 90 with a few clicks – at a cost of $60.

Here’s what Blizzard has to say about Warlords of Draenor:

The Iron Horde must be stopped. Garrosh Hellscream has escaped to the past and united with his father Grommash, fierce leader of Warsong clan. Together they are forging the orc clans of Draenor into a savage war machine. It falls to you to crush the Iron Horde before the Dark Portal is completed and the invasion begins. Travel to the Draenor of the past: a world of giants and monsters, a world the fearsome and legendary orc chieftains call home. Face the dangers of this untamable world and bring down the Iron Horde — before both the past and the future are lost forever.

The Digital Deluxe Edition includes extra things like "a Dread Raven mount and Dread Hatchling pet to accompany you in World of Warcraft, Grommash Hellscream and Blackhand Battle.net portraits to intimidate your foes with in”

I honestly have no idea what any of that means, but Blizzard also says that each of the classic races has been given a bit of an art overhaul, with new animations making the positively ancient MMO feel a little fresher.