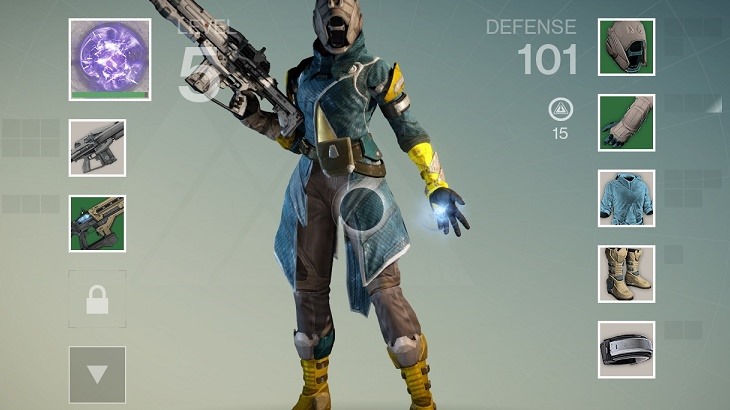 The Destiny beta kicks off on Sony platforms tomorrow, giving fans a little taste of what’s to come in September. The beta is said to be bigger and more expansive than the previous Alpha, with Bungie wanting to test a host of different features. One of them is player progression, but you might want to avoid getting too attached to your new, shiny Guardian.

That’s because Bungie hasn’t really decided on whether or not they’re going to allow beta progress to carry over to the final game. The main reason being that the beta is a test, with features and calculations that might need to be heavily tweaked before the game goes gold. Bungie community manager David “Deej” Dague spoke about the possibility of progress being carried over, but was cautious to make any real promises.

“The beta is a test. It’s extremely unknown as to what the outcome will be. So, it’s certainly not a promise or an announcement that we’re making at this time. It all depends on what we learn and how things shake out. So, we’re certainly not telling players they can carry their progress over, but we haven’t made any announcements either way.”

Bungie is using this beta as a serious testing ground, gathering information that will help them make the Destiny launch extremely smooth. That doesn’t just mean they’re looking at server information and online stability. Class and weapon balance, progression speed and enemy difficulties are just some of the things being taken into account, making this a “true beta”.

“We’re launching our most ambitious project ever on September 9, and we certainly don’t want that to be the first time anybody gets hands on with this game. Every time someone plays a build of Destiny we learn something about what we create. We learn how it can be better. We learn how we can better support it behind the scenes.”

With online launches usually being a mess for a few weeks, it’s easy to be sceptical about how well Destiny will do out of the gates. Bungie expects the launch to go smoothly considering all the work they’ve put in to ensure it, but we’ll only know if that comes true on September 9th.