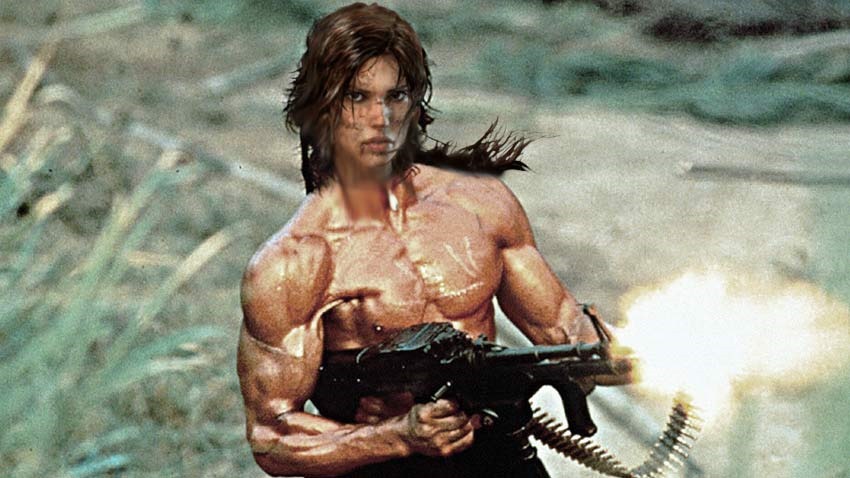 We’ve never ever had a decent John Rambo game. Not once and no dammit that last game starring the PTSD-scarred version of Sly Stallone’s signature big screen character doesn’t count. I refuse to believe that it’s an authentic Rambo game, it’s clearly a very expensive prank that received substantial word of mouth and a decent marketing campaign. I mean, what other explanation is there?

Anyway, the point here is that the next Tomb Raider game looks ike the closest we’ll ever get to that holy grail of a Rambo game. It’s brutal, there’s a clear line advantage to sticking to the shadows instead of grabbing the nearest M-60 and you’re going to need all of your wits to stay ahead of the roving packs of soldiers who are out to get you.

Basically, you’re going to have to play dirty. You’re going to have to be a guerrilla in the mist, using your environment to your advantage and knowing when to strike. Which you can see in action below in a new combat trailer for Shadow of the Tomb Raider. Just remember, they drew first blood. They started a war that they wouldn’t forget…

The latest entry in the series, “Combat Tactics,” spotlights the wide range of guerrilla techniques Lara has at her disposal as she races to stop the Maya apocalypse. Lara can strike suddenly and disappear like the jaguar, perch in the jungle canopy and wait until the perfect moment to take down a foe, use mud as camouflage, instill fear in her enemies, and more.

I like to play according to Predator rules: If it bleeds, we can kill it. In case you missed it, here are three other glimpses into the world of Shadow of the Tomb Raider, that details the tombs, locales and traversal of the upcoming sequel that completes the journey that Lara began so many years ago:

Shadow of the Tomb Raider arrives on PC, Xbox One and PS4 on September 14. I’m probably going to feel really bad for Lara when she gets put through a torture gauntlet again.