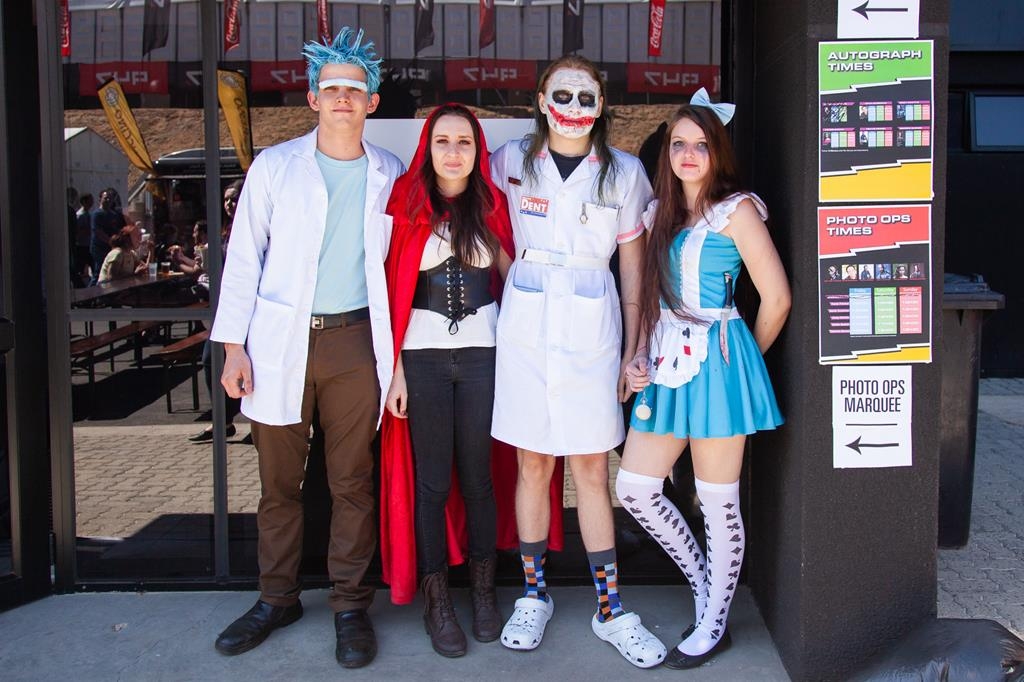 Comic Con Africa wasn’t just a celebration of all things pop culture under the sun. It was a gathering, a social showcase for comic book, anime and movie fans all over the country to rock up and flaunt their love for their respective fandoms by wearing their hearts on their sleeves. In some cases, depending on the character, quite literally. From My Hero Academia to Doctor Who, Comic Con Africa was the place to be in September if you wanted to share that love with people who were dipping their toes into that geekier pool for the first time ever.

Which was kind of rad, as evidenced here, here and here. 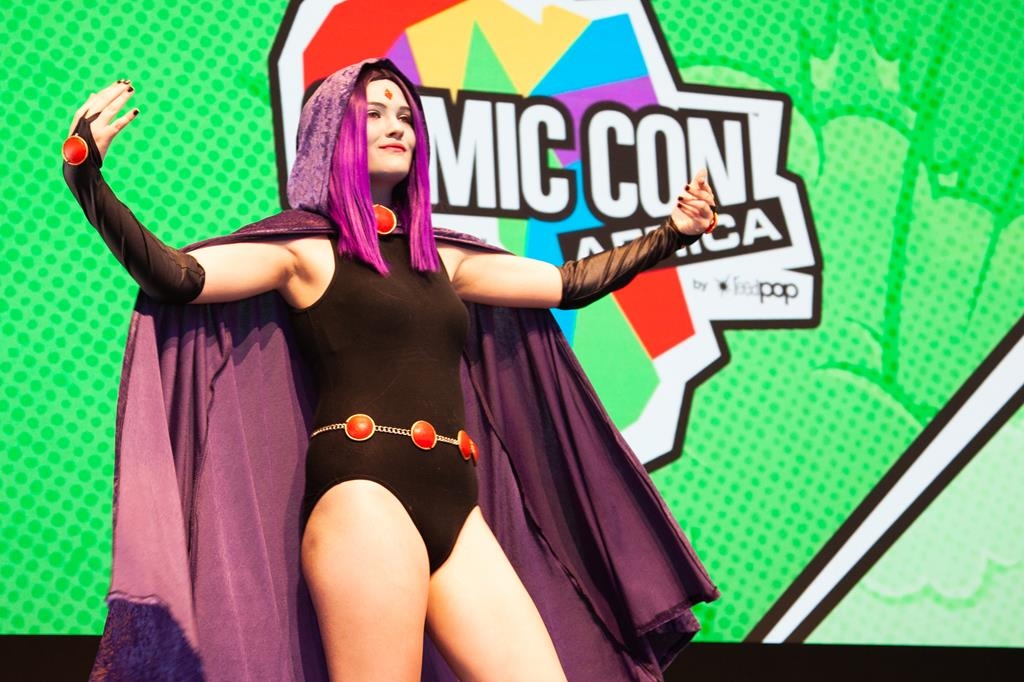 If there’s one thing that you need to know about South Africa’s cosplay community, it’s that we’re a welcoming lot. We’re as South African as can be, affably polite and delirious with joy when our ranks swell with new faces that add to our collective pool of growing excellence. Sure, there may be some drama from time to time, but compared to all the stories I’ve heard from conventions across the globe that have seen many a community derailed by infighting and competitions bringing out the ugly side of people? We’re a cut above in the positive attitude department.

That’s what I love about cosplay. The camaraderie, the shared excitement and the neverending encouragement to pursue projects no matter how ambitious they are. Leaving Comic Con Africa, I was revitalised this year. My fire to create is burning hotter than ever, I hung out with great people and I made plenty of new friends along the way. It’s as if nothing could dampen that love I have for my art.

And then this hits you square in the face, like a jackhammer of poorly-written ignorance:

I don’t think the @SundayTimesZA realizes just how much blood, passion and courage goes into the lifestyle of a cosplayer.

The countless hours of work, grafting and dedication for a single day wherein they can express their creativity. Thanks for pissing on the community ST. pic.twitter.com/KBTV5XJxUe

If you’ve been on the local cosplay groups on social media this week, you’d understand that the above piece from Oliver Roberts at The Sunday Times has not exactly left the best impression on our community. I’ve read it several times now, to see if I can crack the tone of this piece, and I think get it: Roberts was going for a humourous angle with a moral at the end of the story, albeit in a manner that was more poorly written than a North Korean rulebook on democracy.

Among such gems in the full-page feature from Roberts are opening lines wherein the writer perves on ladies, describing attendees as having “skinny carpal-tunnelled wrists” and mocking anyone having a heavier physique in their costume. 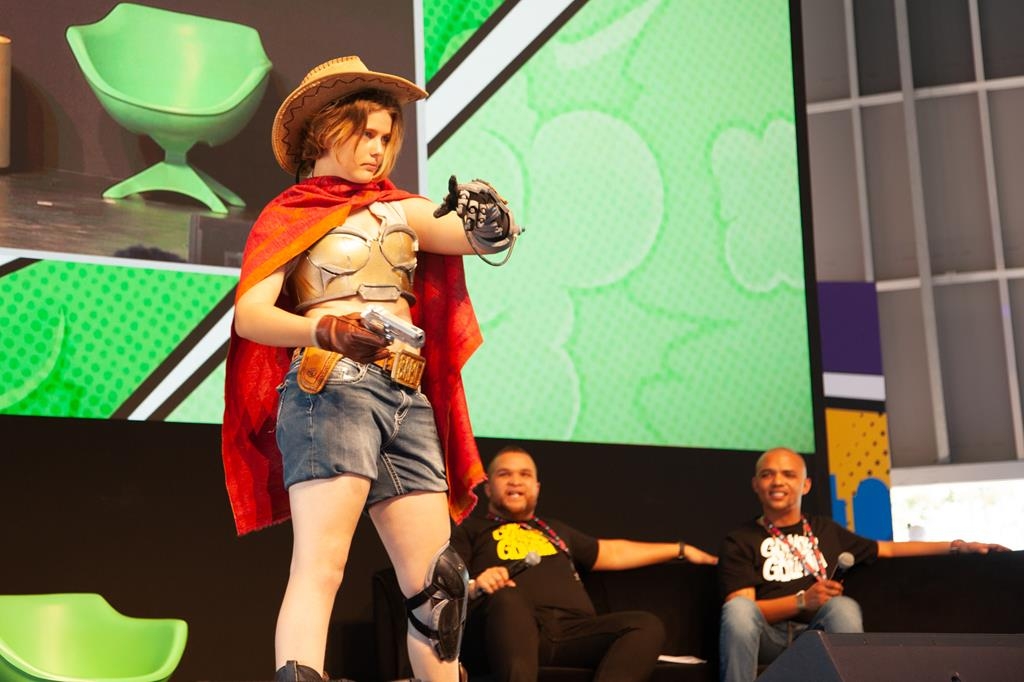 It gets better. There are digs at people being too polite, fans daring to show off their smile bones when they found their niche catered to and an air of superiority throughout the article wherein Roberts finds himself puzzled at the thought of people finding that one small speck of joy in their life that gives them a ray of hope in a world that is quickly going down the crapper.

It’s an article that smacks of hubris, ignorance and a better-than-thou attitude, capped off by a trifecta of slut, body and fandom shaming. “But hey, Roberts mentioned in the last paragraph how he happens to be in awe of the good nature of cosplayers!” you might say. Bullshit. You don’t spend 95% of your feature ridiculing a community and throw in a final positive paragraph just so that you can save face.

If I wrote a page on my first visit to a rugby game and described the people in attendance as rabid mouth-breathers fuelled by alcoholism who worshipped the overpaid muscular gods of inflated ball-carriers on the green church pitch below, I’d be crucified before lunchtime even if I ended the post on a note of how I admire sports fans for their dedication.

But I don’t do that, because I’ve got enough tact to realise just how much sport means to the people who enjoy it. Do I understand it? Not a chance. Do I understand the passion for it? You bet your Springbok jersey I do. Unfortunately, something like cosplay is probably considered easy pickings by writers such as Roberts. A joke that’s cheaper than the fact-checking in the Lifestyle section of The Sunday Times, whose silence has been damning, to say the least.

Who’s to blame here for this travesty of a post? Roberts, for penning the piece with the subtlety of a brick to the face, the editor in charge for approving the post, or The Sunday Times for running with it? Pretty much everyone involved, I reckon. So what’s the valid response then? Some people would suggest using the post as toilet paper, but the whole point of bog roll is to wipe shit away from your chocolate starfish, not add to it. Some cosplayers are sad, others are furious and some people in the community have even gone so far as to suggest that The Sunday Times needs to be taught a lesson.

I think we can be better than that.

I’d rather take this opportunity to educate people on cosplay, to encourage them to try it and see the hard work that goes into it. You don’t just rock up at an event with a costume that’s ready to go (well, unless you’re a rich bastard who can afford to buy one and import it here). Every cosplay is a story of blood, sweat and tears.

A tale of people researching for endless hours on how to nail the smallest detail in their suit that only they’d notice, of learning new skills and sinking a stupendous amount of time and effort into their project. Cosplay is a more than just a hobby, it’s a lifestyle defined by sleepless nights where the midnight oil is burned and the monster of self-doubt constantly looms over your shoulder. 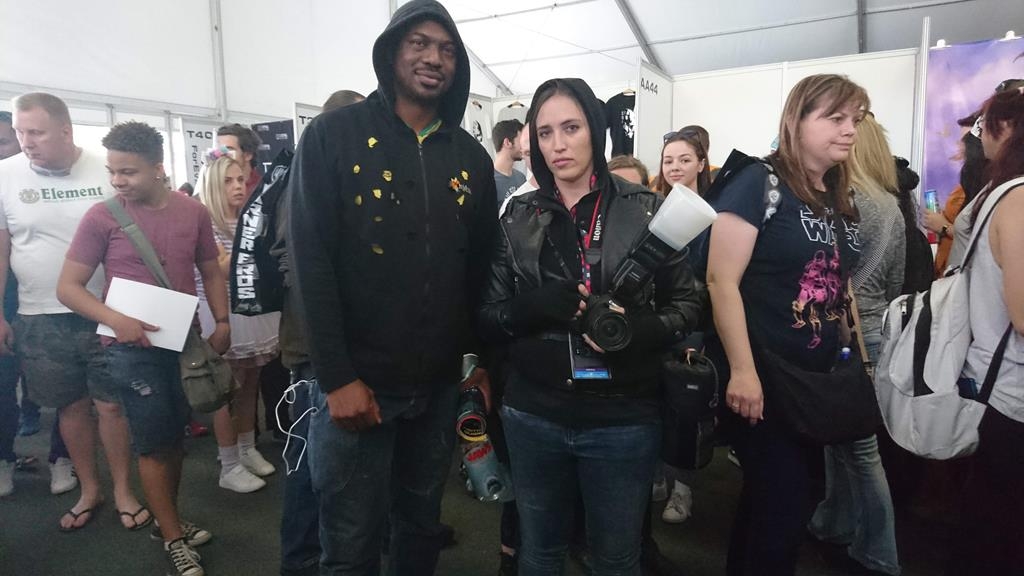 All for that one single day, when you can don your hard work and thrill people with the fruits of your labour. I’m not angry with The Sunday Times, I’m just massively disappointed that a newspaper with a reputation as a watchdog for society can allow such nonsense to be published. But you know what? Here’s the challenge: Sunday Times, I will gladly write you a feature on cosplay. I’ll inform, I’ll entertain and I’ll thrill your readers.

It’s never too late for redemption, and having the guts to get a newspaper such as yours to admit that it done goofed up, will speak volumes. The fact is, is that by publishing that story you’ve gone and hurt people. You’ve caused harm, you’ve humiliated others and you’ve set our local cosplay scene back several steps after the people involved within it have spent so many years to build a reputation for South Africa being a beacon of joy, talent and positivity within that scene.

The ball is in your court. Newspapers are supposed to inform their readers, not belittle them for their happiness. So here’s your chance Sunday Times and Oliver Roberts: Let’s make this right. Show our cosplay community that you’re capable of learning from your mistakes and willing to rectify them. South Africa’s cosplay scene is one of love and acceptance, ideals which are in scarce supply these days.

Maybe it’s The Sunday Times that could learn a thing or two for once.