Ari Aster’s first feature-length film burst onto the Sundance show floor with great gusto. Comparisons to classic American horror films like Rosemary’s Baby and The Exorcist meant high praise for A24’s latest acquisition. Hereditary is a harrowing depiction of a loss-riddled mother -scorching her grip on the world around her as her suffering becomes too great to bear- topped off with a supernatural tinge that is at once nightmarish and eclipsing of the greater drama at play. Nevertheless, the film manages to (for the most part) merge its traditional horror elements with the brilliantly acted spectacle – resulting in a more chilling experience than any commercial fright fest in 2018 is likely to conjure, despite its few loosely woven plot-lines and missed opportunities. 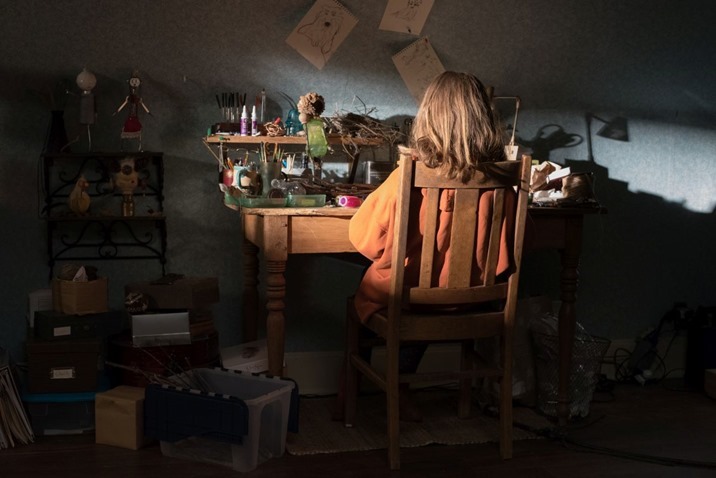 Death is very real to the Grahams. From its opening moments to its frightening but altogether middling conclusion, the film brings the weight of the end down like a jackhammer onto the central family and audience in kind. Heartbreak plagues their home. Annie and her husband, Steve, handle grief in very different ways – growing further apart the more Annie embraces the disorder creeping up on her. More complicated still is her relationship with her children, Peter and Charlie, whose adverse reactions to the initial loss of their grandmother mark them very different people. The film itself is anchored by its chief performer, Toni Collette, as Annie. Her mental and emotional descent into the abyss may overshadow her co-stars in unfortunate ways, but it is a captivating showcase to behold.

Upon delivering her mother’s eulogy, Annie is frank and sympathetic. Her honest demeanour belies a tremendous personal strength that is charming off the bat, but that resilience is tested as inordinate loss strikes swiftly again into the heart of the family. To reveal too much of the heartbreak that befalls them would be to rid the viewer of the film’s most jaw-dropping moments. It is Annie’s reactions to tragedy and the way her world breaks down that are the true draw here. She becomes desperate to make sense of her pain and, as Horror protagonists often do, delves into some dark territory in attempts to make contact with her bereaved. Her group-therapy meetings lead her into the arms of a woman who swears by the séance and Annie, at first hesitant, reaches out to her lost loved one. This unwittingly sets off a series of hellish events that threaten to rip her life apart at the seams. 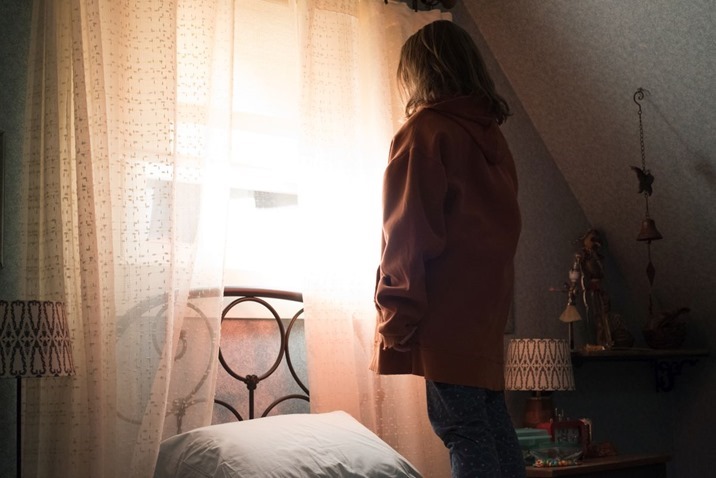 The supernatural terror that begins to besiege the Grahams is tough to pin down. To describe it wholly would, once again, be to actually spoil Hereditary’s plot. The film is undeniably not without its fair share of haunting encounters though. Certain frames burrow themselves into the mind with voracious intensity. It is not unlike a classic ghost story: unafraid to build tension with subtle cues rather than rely on the formulaic jump-scare too often; though it is not entirely devoid of shock tactics – they are simply applied with more ghoulish grace than the usual. It absolutely takes a break somewhere around its midpoint, but soon comes back around with a few breakneck horror sequences of unparalleled craftsmanship and believability to the violence.

Where its scares are among its highlights, the origin of its horror is one of its greatest misses. The otherworldly force at work is terrifying, yes, but relatively generic in nature and, worse yet, intermingled rather slackly into the story. It is detrimental towards the narrative simply because its revelations and finale rest so heavily on this element – leaving the viewer with a rather empty feeling at the credit roll, despite the film’s ability to spellbind at the best of times. With such great performers at hand, it is unfortunate that Hereditary does not always see them as the fantastic vessels for carnage they could be. 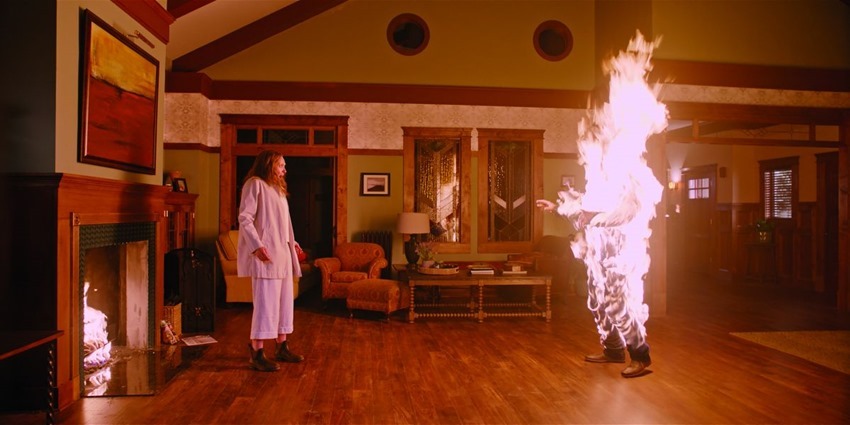 So too does the film misuse a few of its characters. Steve is entirely underutilised: he exists mostly as a stern voice to question Annie’s developing psychosis and has no real bearing over the events that occur – despite his constant presence. Milly Shapiro as the young daughter is nothing short of a gift from the heavens, but really does not see the screen time she deserves. The disturbed presence she provides so earnestly is remarkable for her age. The mysterious woman who condemns the family into this hell is hardly characterised at all. Peter, the eldest son, fairs better in the screenplay. He embodies guilt in a way that exudes skill. Every performance – despite the missed potential – comes across as genuine and believable; none more so than Annie.

In a script that asks so much from an actor, Collette is incredibly impressive here. This is a powerhouse performance in every sense. To realistically embody a mother who goes through what Annie goes through – and sees what Annie sees – is no small task. The suffering she projects is tangible. It is disappointing to see a potentially interesting plotline involving her work as a miniature artist essentially result in nothing but a few (genuinely awesome) camera tricks, but almost every moment with her is absorbing.

And with regards to the camera, this is a beautiful beast. The cinematography harks back to the Horror films of the 60s and 70s that inspired it. It favours wide shots that take their time and often give the impression of presences hidden within its frames. Surprisingly bright colours lend to its attractive aesthetic handsomely, while top-notch lighting really brings home some of the things that go bump in the night. The package is rounded out with a suitably devious musical score that, like most modern Horror films, plays an integral role in laying down the atmosphere of all-consuming anxiety that permeates this film.

When it comes down to it, Hereditary is one of the good ones. A career-defining performance and confident direction ensure this is a high point for Horror this year. Its plot could have been tidied up aplenty and the screen time been more evenly distributed, but what remains is a frightening package that shocks just as easily as it compels. It is, furthermore, sure to be divisive. It is at times too enigmatic and is certainly not always original. Despite this, the film is a very good reason to be excited as a Horror fan. Glorious practical effects and hair-raising scenes abound. Ari Aster proves a skilful filmmaker whose craft will only improve.