Home Gaming Augmented Reality to have a bigger impact than Virtual Reality? 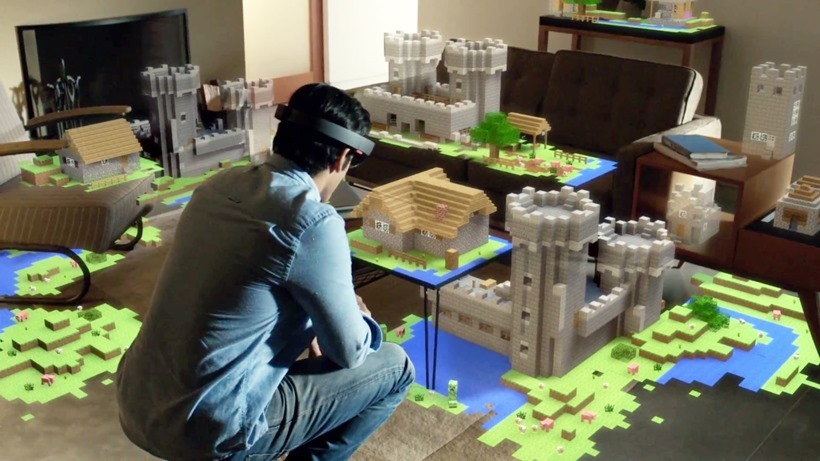 Virtual Reality is being heralded as the next big leap forward for the gaming industry. having two screens strapped to your face is pretty damn immersive, and already a handful of companies are looking beyond that. Almost parallel to VR is Augmented Reality – with Microsoft’s HoloLens being a primary candidate for its market viability. And, according to one Epic Games founder, it’s AR that will have the bigger lifespan.

That’s according to Epic Games co-founder Tim Sweeny, who believes that VR is simply a fad that will be replaced by AR in less than a decade. Although not discounting the many benefits of virtual reality, Sweeny believes that augmented reality presents far more applications. It’s because of this that more investment into its growth will occur, as Sweeny explains.

“I believe that augmented reality will be the biggest technological revolution that happens in our lifetime.”

“If we had this AR display, the deep thing to realise is this. Once you have an augmented reality display, you don’t need any other form of display. Your smart phone does not need a screen. You don’t need a tablet. You don’t need a TV. You just take the screen with you on your glasses wherever you go.”

This is something that was made abundantly clear to me after using HoloLens at E3. Augmented Reality has the potential to completely replace physical displays in every facet of our lives – with screens simply being project from smaller and smaller worn devices. That’s not only a huge leap forward for gaming, but for most other technologically developed industries.

Sweeny believes that VR will simply act as a gateway to AR – tantalising curious minds and begging questions of how it can improve. AR, over the span of a few years, will eventually be that answer.

“Combine with convenience of mobile and the display is with you everywhere you go and you don’t need anything else. Augmented reality will drive all things like chat, social networking, photos, videos, organizing data, modeling, painting, motion capture, and visual programming.

“Every form of computing will be combined together and unified in a single platform. That is long term. This trend will start with VR. AR will take a full decade to play out.”

I’m inclined to strongly agree with Sweeny, even if I think that VR is the next big thing for now. AR is still a long way off from being commercially viable in the scope that we all expect it to be, and even Microsoft’s HoloLens isn’t exactly there yet. Regardless, the prospect of it all is intriguing.