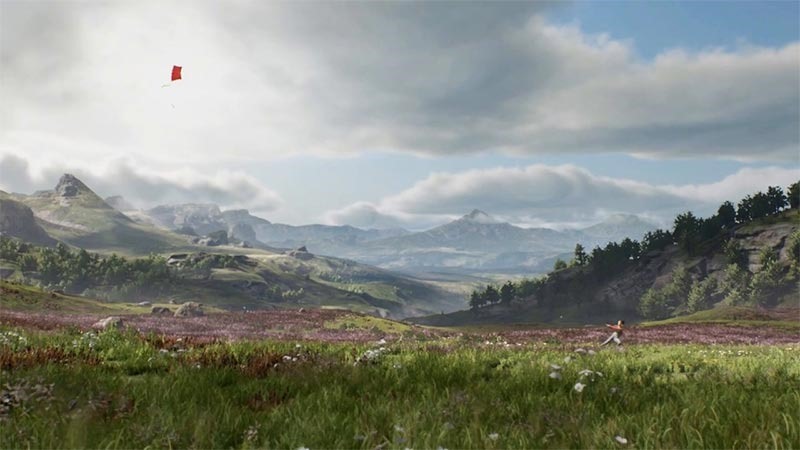 If you haven’t seen Epic’s Unreal Engine 4 Boy and his Kite demo, you’re missing out on a glimpse of the future. The engine’s shaping up to be rather impressive stuff, and the demo shows us how the engine could be utilised to transform open-world gaming. Epic’s now detailed the tech that’s gone in to the demo.

In addition to that, the leaves and grass are all two-sided, with 15 million pieces of vegetation, plus phtometric sampling of real world data and dynamic global illumination from heightfields. Along with that you’ve got temporal anti-aliasing, procedural asset placement, subsurface scattering and 500 sculpted blendshapes.

It’s all just gobbledygook that elicits a response of “Damn!”

The single GPU running it, as you know, is Nvidia’s newest Titan X – which as it stands, is the undisputed king of desktop GPU’s. Nvidia officially launched the $1000 card yesterday, and it’s the most powerful card on the planet at the moment (we await news of AMD’s R9 390X with eager anticipation), pumping out performance equivalent to two of the company’s last gen, Kepler-based flagship cards.

The GM200 core on the GTX Titan X comes with 6 Graphics Processing Clusters, each of which consist of four SMM (Streaming Multiprocessors Units) which have 128 cores in each SMM block. The Titan X has all 24 SMM Units enabled which result in 3072 CUDA Cores, 192 Texture Mapping Units and 96 Raster operation units, 3MB L2 cache and has 6 64-bit memory controllers which result in a 384-bit wide memory interface.

And it does this. In real time, now annotated to tell you what tech is being employed.