Home Technology Razer is building a fleet of trash-collecting ocean robots, nothing can possibly go wrong 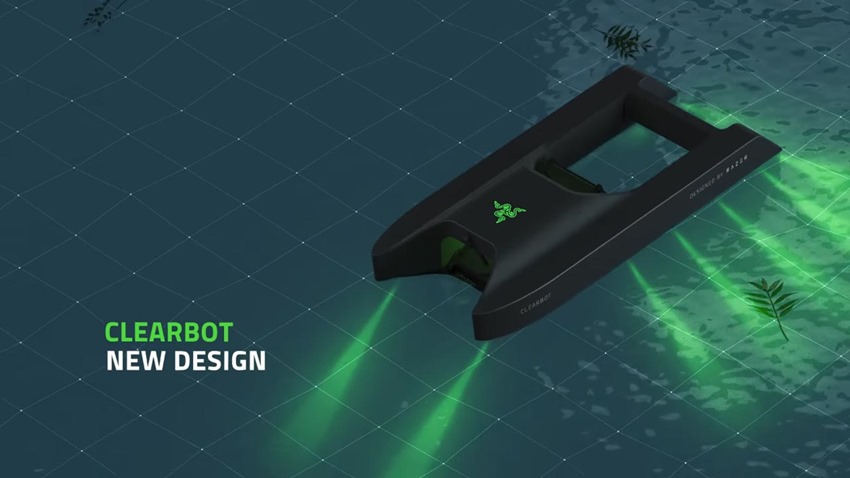 Razer’s brand is usually synonymous with RGB-infused headsets, keyboards, and other whick-whack knick-knacks, but now the company is getting ready to be greener than ever before. Or at least make the planet greener, as Razer is preparing to unleash a small army of solar-powered robots to help clean the ocean of all the plastic trash that’s floating around.

Having partnered with Hong Kong-based startup Clearbot, the idea is to build a “swarm of AI powered, self-driving, ocean trash-collecting robots” that will clean up the ocean, with Razer providing Clearbot the resources to build these bots quicker, easier, and cheaper using some of its technology.

“Under the ClearBot partnership, Razer’s leading engineers and designers have volunteered personal time and technical expertise to help turn their prototype into a scalable, mass-marketable product,” Razer’s press release explained. “Leveraging on Razer’s extensive knowledge and manufacturing know-how, ClearBot was able to evolve the robot design into one that is smarter and more efficient.”

There’s a ton of garbage in the ocean right now, and I don’t just mean me going for a morning dip at Sardinia. Actual, properly harmful stuff that ranges from gigantic islands of rubbish to tiny particles that are consumed by marine life and thus work their way up the food chain to us. At this point, a fleet of Razer-branded robots with the potential to go rogue and build a new naval machine empire is a safer alternative to checking your hake for bones and bottle caps.

This isn’t the only news that Razer will have its sleeve this week, as the company has a few other announcements planned for its keynote event this weekend. Which is happening, you guessed it, at E3 this week.