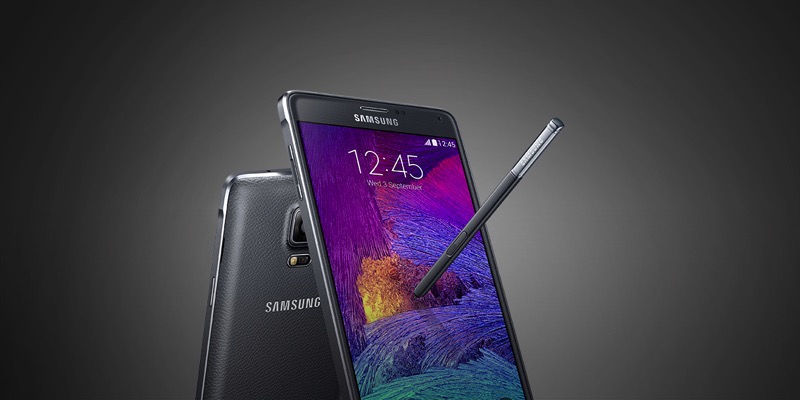 You could say that Samsung started the Phablet trend, and it’s easy to see why. The company both baffled and intrigued with it’s very first Galaxy Note, but since then it’s only progressively become better and better. Those who find a use for a big screen on their smartphone truly love it. But there’s a lot more to a good Phablet than just a bigger display. It’s these challenges that the Galaxy Note 4 tackles, and overcomes with absolute ease in every way.

It is, however, difficult to look past that at first. The Note 4 is an absolutely stunning phone to look at and hold. The white model I’ve been using for the past two weeks stuck outside of my pocket most of the time, and I had no issue with it. Samsung is against all metal finishes (at least they were up until the Galaxy S6), but that doesn’t really make a difference in this case. 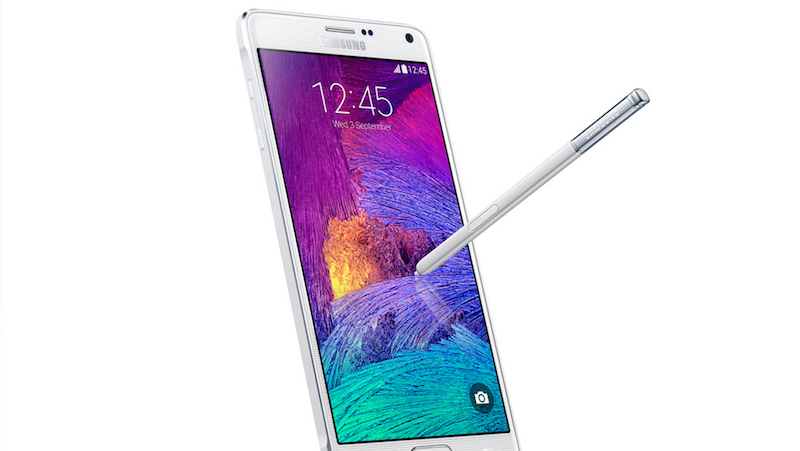 The Note 4 features an aluminium frame that holds together a polycarbonate casing. The back sheds off the stitch faux leather design of the Note 3, but still tries to make it look more premium than what is essentially plastic. It pulls it off to a degree, but I wouldn’t mind Samsung trying something more creative with their design rather than trying to make it look like something it isn’t. Still, the plastic casing comes with its own advantages, starting and ending with a removable back cover. That means easy access to the battery, and upgradable MicroSD storage – a big plus over the all-metal iPhone 6 Plus.

The Note 4 is rather large, and therefore weighs a little more than you’re probably used to from a regular smartphone. The 5.7-inch screen is monstrously massive at first, but it makes a lot of sense when you turn it on. The Note 4 has considerably upgraded its resolution, delivered through an absolutely gorgeous 2560×1440 AMOLED display, with an impressive 515 ppi to boot. That’s a noticeable improvement over the 1080p Note 3, and the extra space shows. The display is vibrant and colourful even under direct sunlight, and you’d be hard pressed to find a better one in the market today.

The front of the Note 4 is rounded off by a slightly elevated home button, which also acts as a fingerprint scanner for what’s supposed to be easy unlocking. Unlike Apple’s undeniably incredible solution on the iPhone, the Note 4 is just miles behind. You still have to swipe your finger as opposed to just pressing it, and even setting it up was a chore. It simply doesn’t work properly, making it pretty throw-away in the end. 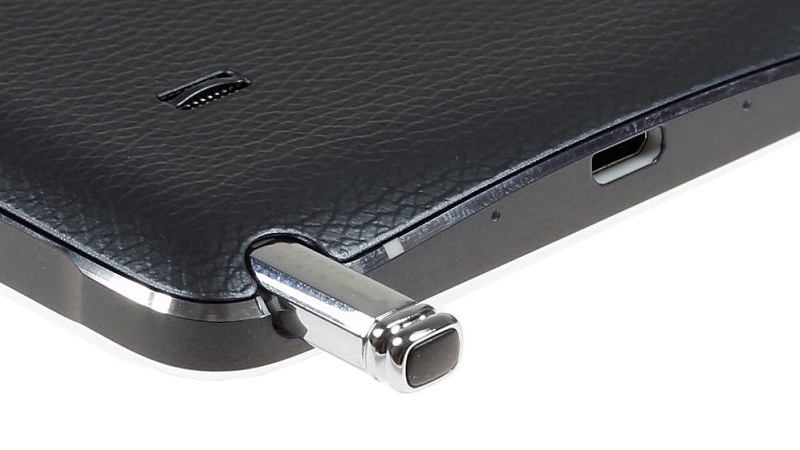 The Note 4 features a standard 3.7MP front-facing camera that serves its purpose just fine, but it’s the software behind it that’s sure to excite the selfie crowd. The front-facing camera has a wide view to start off with, but an additional feature allows you to extend your selfies into more group-orientated exercises. You’re able to take three pictures with varying angles, stitch them together and create one rather large image. It’s great if you’re trying to capture your face in front of an entire cinema, and a simple solution that doesn’t require a massive physical change to the camera itself.

The rear camera is just as impressive. The 16MP camera features optical image stabilization, which seriously helps image quality in low-light situations. Images still feature some noise, but it’s far less than I’ve seen on most of the other smartphones I’ve used, including the iPhone 6. Daylight images are full of colour and close to the real deal, making the upgraded Note 4 camera a worthy tool in nearly every situation. There’s the standard set of tools to edit shots and take an array of different types, but nothing overly important that stands out. The camera is fast, accurate and generally great to use on the Note 4 – and that’s really all you can ask for. 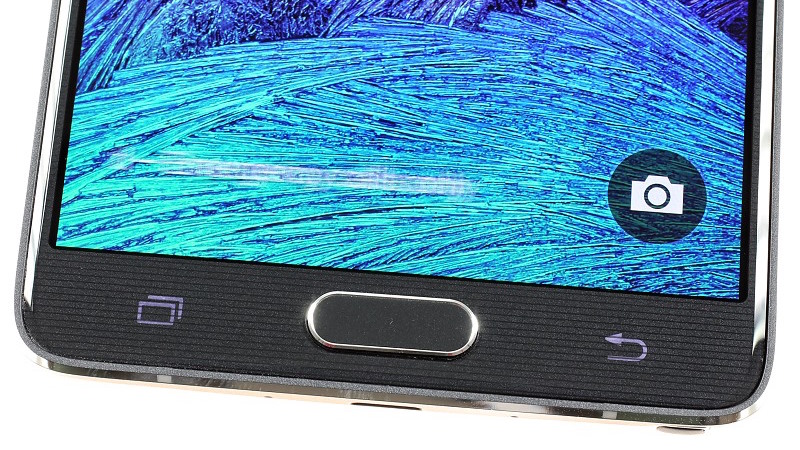 Behind the plastic back lies a large 3220mAh battery, which manages to keep the dense display alive through a day a heavy use. The LG G3 featured an identical resolution display, and it buckled under regular daily use. The Note 4 does no such thing, usually capping the day with more than 25% battery life to spare. With fairly moderate use I was able to stretch out a single charge over two days – which is almost unheard of in smartphones today. The Note 4 also features Fast Charge technology, which can take the phone from completely dead to hours of use in a matter of minutes, defying everything you know about physics and chemistry.

Underneath that lies a Snapdragon 805 chipset, which is made up of four 2.7GHz Krait 450 cores and a 600MHz Adreno 420 GPU. The Note 4 is considerably powerful, and never seemed to buckle under any of the computational weight I threw at it. The 3GB of RAM keeps things running smoothly, with apps opening up quickly, the OS running as smooth as butter and multitasking never forcing itself into a corner (a bit more on that later). It’s not the fastest smartphone on the market, but it’s right up their with the best of them. And with its impressive battery life, it’s quite an achievement. 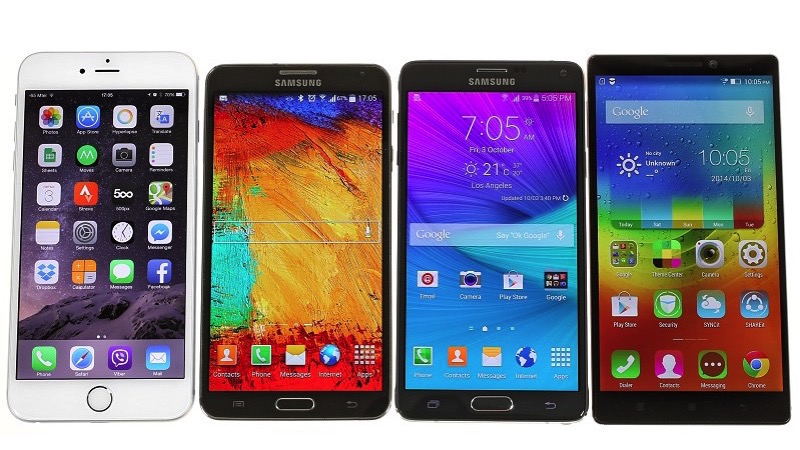 When you glance further down the phone though, you eventually arrive at the real star on the Note 4. Samsung has paid a lot of attention to the S Pen stylus that brings unparalleled functionality to the Note series, and it’s paid off. The S Pen is still excruciatingly short, but it’s light, sturdy and irreplaceable to the phone’s experience. Popping it out immediately wakes the phone, and a light press of the on-board button brings up a menu exactly where you are pointing on-screen (as long as it’s close enough). The Note 4 tracks the stylus relatively well, although there is still a slight, noticeable lag – especially when you’re just hovering over the screen as opposed to actually touching it.

With the S Pen you can easily jot down notes on any part of the screen, open up a proper notepad for more articulated and properly documented thoughts or just simply let your creative spirit free with some drawing apps. The pressure sensitive capabilities of the pen give it a lot more depth in the way you use it, but it’s still not as accurate as a proper brush stroke, or fine pencil writing. It’s a step in the right direction though, and already puts the Note 4 miles ahead of any competition. Look at the iPhone 6 Plus for example – which relies solely on finger input. The Note 4 asks, “why not both?”, and I never found a truly satisfying answer. 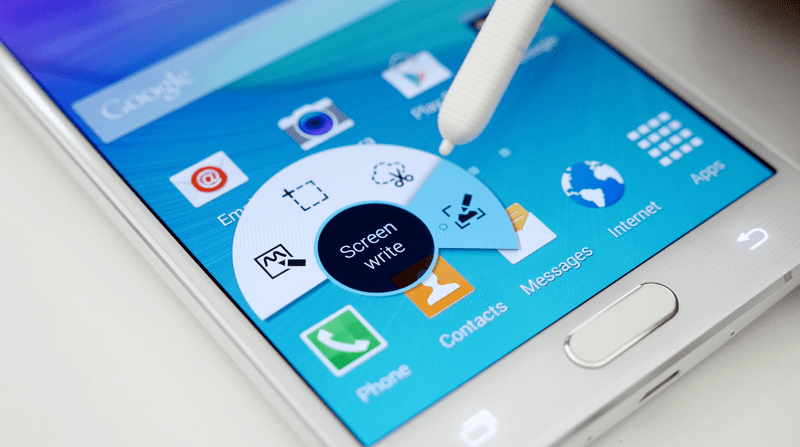 The trimmed-down TouchWiz overload on Android software also helps with general use, as does Samsung’s own custom editing to the Note’s UI. You can still easily minimize apps into smaller windows and unlock some seriously awesome multitasking. Being able to highlight text, drag it to another window and paste in a manner similar to PC is extremely useful, and I can’t imagine having to go back to single window usage on my iPhone 6. You can bring up previews of anything from images to emails by slightly hovering over them with the S Pen, which sounds gimmicky until you actually use it. The Note 4 even packs in an impressive feature that allows it to automatically correct photos of slides or presentations taken at odd angles, correcting them so that you can add your own personalized notes to them. It works to a degree, but the situations where you’d actually use it are far and few between – even for a lazy student like me.

And that’s something you’re going to have to consider when looking at a Note 4 purchase, really. It comes packed with all of these multitasking features that not everyone is really going to use on a day-to-day basis. In cases like that, it’s all just a waste really – and you’d be better suited with a smaller, more one hand friendly device. But you’re your constantly taking notes on your phone, or need precision writing on a moments notice, there’s almost no phone that does it better than the Note 4. Couple that with a nearly unrivalled display, some truly stellar battery performance and versatile multitasking features, and there’s little reason to look anywhere else.