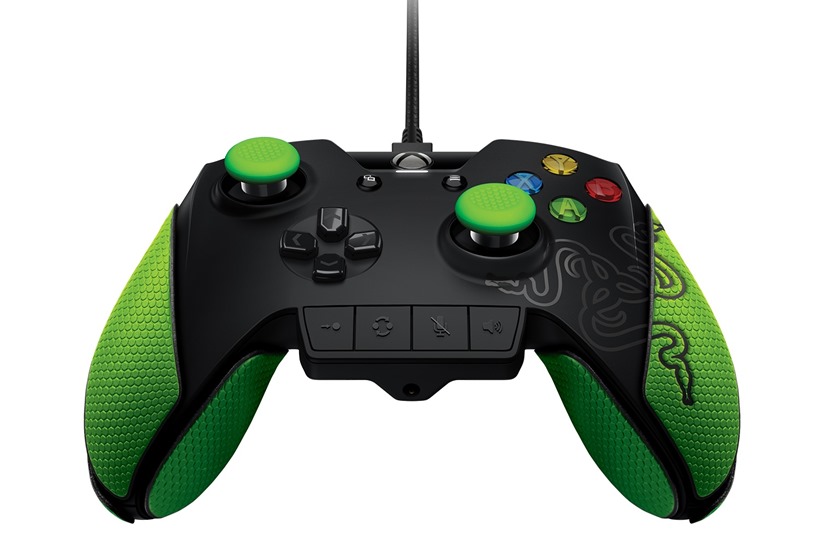 Thing is, there’s not exactly a whole lot of competition out there. The standard Xbox One controller is aces, and the upcoming Elite controller is even more attractive thanks to a wide range of customisation options. Now, Razer wants in on some of that action.

And they’ll be busting in with this, the $150 Wildcat controller. Revealed at PAX, the Razer Wildcat is another controller aimed at professionals in the eSports scene, with Razer stating that this device is 25% lighter than a standard Xbox One controller.

Four additional buttons have also been added, which can be remapped with the use of a quick control panel at the bottom, which will also support multiple profiles and chat options.

There’s also a honey-comb rubber grip pattern on the palm sections of the controller, analogue stick covers and “aircraft grade” aluminium triggers. All that, and the usual ostentatious splash of green across the device that is the usual trademark of Razer.

Despite the fact that the Wildcat looks like a peacock sponsored by Mountain Dew, I’ve got a fondness for Razer controllers. The Sabretooth is an excellent input device that I still regularly use for PC gaming, while the Atrox was a superb fight-stick/ blunt force trauma instrument.

In fact, the Wildcat looks rather much like a retooled Sabretooth when closely examined. And that’s something that I have no problem with.

If the Razer Wildcat controller has a decent build quality that can go toe to toe with Xbox’s Elite model, then there might be some hope for third-party manufacturers who can crank out a solid device at a price that won’t break the bank.