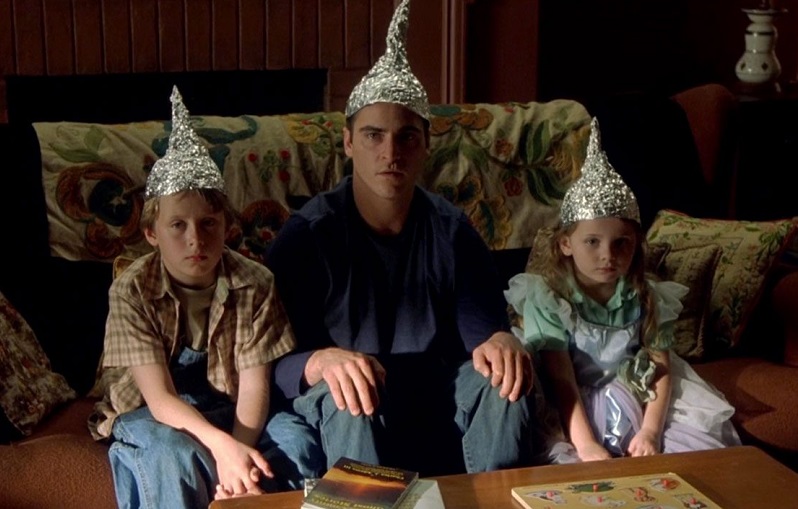 Welcome to Critical Hit’s 31 days of horror! It’s the month of spookiness, of frights and jump scares and we’re ready to celebrate! Over the decades, pop culture has managed to create eerie atmospheres, scenes of terror that can’t be contained within a single genre and we’re looking back at the films and the movie maniac moments that had us squirming in our seats. Today we’re checking out a film from M. Night Shyamalan back when he had just been billed as the latest and greatest whizkid in Hollywood.

This is my second entry in our horror series of scary scenes and it too is about aliens. As you can probably figure out, aliens scare me more than demons do and they always have. Not sure if it’s because I believe the likelihood of their existence affecting my life is greater or not, but when you have a secret fear of aliens potentially taking out the world, it’s bound to increase your scare levels.

M. Night Shyamalan might get a lot of hate for his convoluted stories and plot twists, but the man is a master of suspense and knows how to build it better than most. All of which he put on display in crafting one of the biggest successes of his career – Signs.

Signs is not my favourite of his movies, but it definitely showcases his talent to craft a remarkably tense scene better than any of his other movies have. If the Sixth Sense showed the world that Shyamalan has a talent for making scary movies, it was Signs that cemented it with. It’s not the scariest movie you will ever watch, but there are moments in this film that are so beautifully tense, they leave you so relieved that it’s just a movie in the end.

There is a moment in the movie where the news broadcasts one of the first sightings of the aliens, which up to this point, have remained hidden in the movie. It’s a scene that in hindsight, is a little anticlimactic when the actual appearance of the alien is revealed, but it’s the build-up that makes this such a frightening and important moment for the film and most certainly a memorable one for me.

This is not so much about a scene in isolation as it is about an entire period of tension building that is all set up to culminate up to this point. That you know this scene is meant to finally give you an answer to what has been teased all along, simply just makes it so much more impactful. That expectation of incredible tension release is what makes 90% of this scene work so well, but even then, as a standalone scene it is still so well executed.

Here we see Joaquin Phoenix’s character hiding under a dark stairwell which brings an element of tightness to the scene. He is alone and isolated from the rest of the family when news of the first alien sighting comes on the TV. Phoenix’s performance here is remarkable as he genuinely looks frightened by what he is watching and reacts convincingly given the context of dread filling the movie up to this point. Furthermore, the nature of the new clip, with its shakiness and lack of clarity makes it all feel real and as the camera focuses exclusively on the scene you are watching and subtly zooms in on it, you feel as if you are there watching and living the moment with him. It

Signs also has a remarkably subtle score, but this part of the movie is mostly silent and you may not notice it at the time, but that quietness actually crafts a lot of tension into the scene, especially in contrast to other moments of the movie.  The final reveal is actually not scary at all as the aliens look pretty bland and non-threatening, but it’s the build-up to the reveal that leaves you scared regardless.