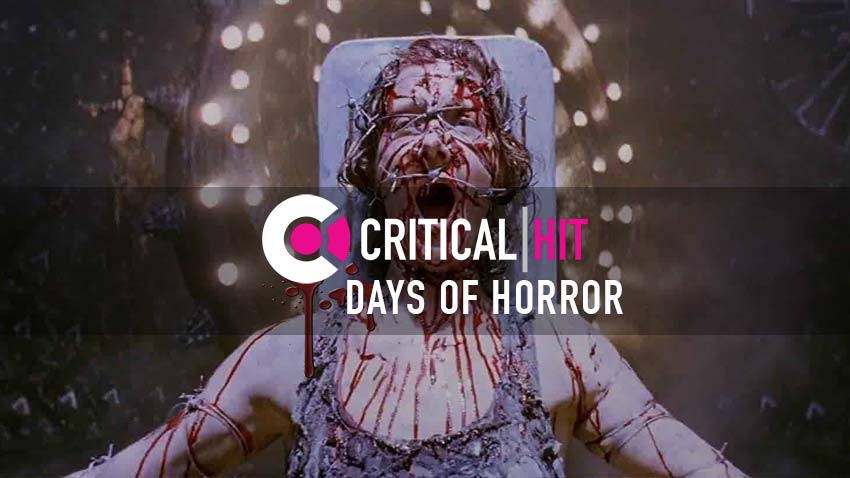 Welcome to Critical Hit’s 31 days of horror! It’s the month of spookiness, of frights and jump scares and we’re ready to celebrate! Over the decades, movies have managed to create eerie atmospheres, scenes of terror that can’t be contained within a single genre and we’re looking back at the films and the movie maniac moments that had us squirming in our seats. And today we’re looking at a cult classic horror that proved that in space everyone can actually hear you scream!

Rushed to release by Paramount Pictures, with a barrage of studio-mandated cuts, director Paul W.S. Anderson’s Event Horizon would debut to terrible reviews and even worse box office takings in 1997. It was initially criticized for borrowing heavily from other genre classics and for gaps in its story (not that those whow saw it had the wits left to care). A story set in 2047 and which followed the crew of the deep space rescue ship Lewis and Clark who are sent on a mission after the Event Horizon, an experimental spaceship that had disappeared 7 years prior, suddenly appears again in the orbit of Neptune. The ship had been performing an experiment that would allow it to punch through spacetime for instantaneous travel, but the crew quickly learn, much to their bloodcurdling terror, that the Event Horizon had taken an unexpected detour into what was essentially a twisted Hieronymus Bosch-styled hell dimension. And it had picked up a stowaway. 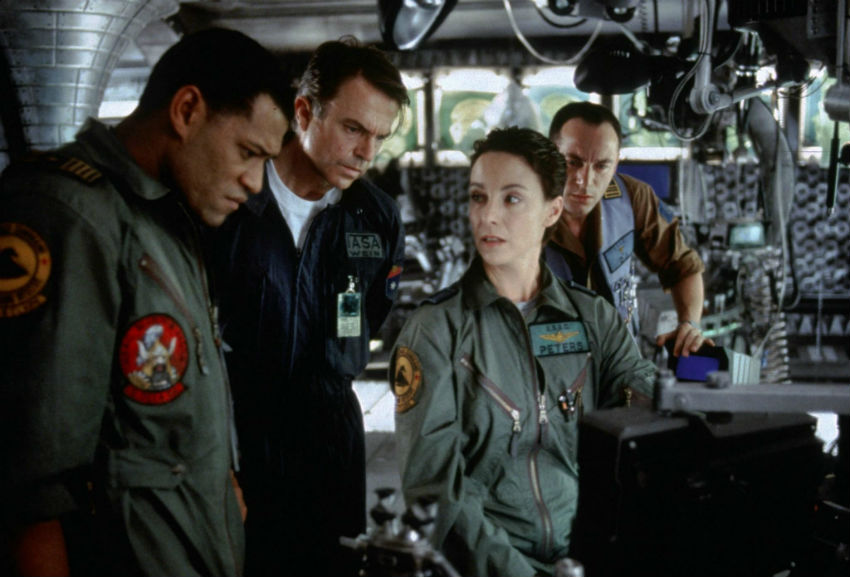 Despite Event Horizon’s initial box office bomb, word rapidly spread about the film’s bonkers gothic horror, prompting the birth of a serious audience on home release and turning it into a cult hit. It reached even further cult status when it was discovered that most of the studio-cut footage had either been lost or accidentally destroyed, preventing Anderson from releasing a proper director’s cut and prompting fans to frantically dig up every frame they could find. I have no idea why they would want to. I was 15-years old when I first watched it, and the squirming I did back then was more than enough.

Event Horizon bludgeons you immediately with tension and horror (Oh hello there, naked man suspended above a table with your abdomen slit open and your guts spilt out!) as the rescue crew boards the Event Horizon and finds the bloodied remains of an apparent massacre. The psychological screws get turned tighter when the Lewis and Clark gang start seeing personal trauma somehow brought to life. Laurence Fishburne’s Capt. Miller, the leader of the crew, sees an old crew member he was forced to abandon to his death; Katheen Quinlan’s medic Peters sees her wheelchair-bound son with shocking leg injuries, etc. However, it’s when the rescue team stumbles across the security footage depicting what the old crew of the Event Horizon experienced during their little unexpected detour that the WTF-ness gets cranked up to 11.

The footage of the Event Horizon’s hellish sojourn is a grotesque and twisted slideshow of flesh and metal, bloodied and contorted bodies forced to both perform and be subjected to repulsive horrors. Anderson films it all in strobing nightmare flashes, but this obfuscation makes things even worse as you’re never quite sure if what you saw is actually as bad as you thought it was. Spoiler: It’s worse.

What we saw was after studio edits actually toned down the brutality, so this is the sanitized version. What there was though is already unnerving as hell, pun fully intended. Personally, it was the self-mutilation that pushed all the wrong buttons for me. Seeing gouged out eyes, bodies slit to ribbons, and faces wrapped in barbed wire was pure nightmare fuel back in 1997 and still hasn’t lost any of its potency today.

In fact, it’s worse now because somebody has since gone and re-edited the footage to slow everything down so that you can see in detail what is actually happening. Clearly, some people just want to watch the world burn.

Event Horizon may indeed be a pastiche of superior horror movies like Alien and The Shining, but it’s carved out – almost literally – a spot in many a sci-fi and horror fan’s hearts with how unhinged it is. Nobody is ever going to accuse Paul W.S. Anderson of being a refined filmmaker (he would go on to make all the Resident Evil movies), but when it comes to being blasted in the brain by a gothic spaceship powered by high-octane nightmare fuel, nothing beats this movie.