Lazygamer: How much of the old games mechanics, if any, will be ported over to this new title and most importantly, will Lara be able to do back flips and handstands?

Hoges: None, this is a brand new gaming experience with all new mechanics. Over the course of the adventure she will get close to that level, but never to the point of world class gymnast.

Lazygamer: In the demo she falls, gets stabbed and pulls it a almost meter long chunk of metal out of her abdomen. She then walks with a limp, in pain and agony holding her wound closed. Will this be a common thing? When Lara is shot or wounded, will she react to specific wounds?

Hoges: We do have situations in the game where we want Lara to be affected by the world and the experiences she has in it. But only when it is appropriate for the gameplay will we embrace those experiences. These will then affect how she moves and how she will look. Even in the early portions of the game, that scar will be with her and as she goes through other ordeals she will get new scars.

Lazygamer: How about the inventory and weapons?

Hoges: Yeah, we can’t talk about that. But from the demo you already know that she gets a bow and a pick-axe. A lot of that will also evolve across the game and depending on what environment she finds herself in. She will often depend on the resources around her. Lazygamer: One of the things that really got me hooked on this game is the level of focus you have put on the PhysX. When she jumps and lands you get that sense of her playing to her weight. It isn’t just the old Lara jumping every which way, and getting hang times of 8 seconds.

Lazygamer: How do you think the fans will react to this new Lara? Is it a fear that the old fans will want the old, fictional, big-boobed Lara back? Now that you have introduced a very real, fragile woman, I am very interested to see how the general public reacts to a Lara that is nothing like the one they are used too.

Hoges: The response has been very positive so far and the concept of the origins story really resonates with the people. They will come to know and appreciate the differences and at heart, people will see it as a new human Lara with a band new adventure.

Hoges: I think that we have done a great job of humanizing a character, to the point where you can actually see how a survivor is born. Really looking after her, and caring for her. Taking her through this journey is going to really immerse you in the game and take you through what it would be like to be with her.

Lazygamer: I couldn’t agree more. Thank you for your time Noah, and good luck with the rest of the game! 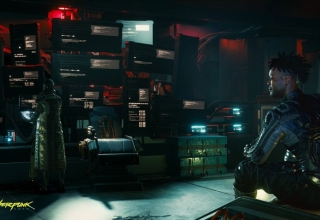