Confession time: I have yet to see Wreck-It Ralph. This despite Noelle’s glowing review or the fact that as the kid who was practically raised in a videogame arcade (no offense Mom and Dad, you guys chipped in as well from time to time), I am the main target demographic.

Now while I fully intend to correct this oversight this weekend, I am prepared to accept the expected shunning as punishment (shunnishment?). Shun away. I’ll be consoling myself with the fact that the lead character of one of my favourite videogames of all time, may just be making a daring appearance if/when Wreck-It Ralph 2 appears.

For those of you who haven’t figured it out yet, I am of course talking about Dirk the Daring, star of classic game Dragon’s Lair, which captured the imagination of many a young gamer with it’s Full Motion Video cartoon styled gameplay, and also shortened the lifespan of many an arcade repairmen with it’s constantly failing laserdisc technology.

We had previously heard that if a Wreck-It Ralph sequel were to happen, that Mario and Tron may possibly make an appearance, but speaking to IGN, director Rich Moore revealed that he’s also looking at finding ways to incorporate more contemporary games like Angry Birds. That doesn’t mean that there isn’t a bumbling knight from the past that he hasn’t got his eye on though.

“There was definitely an old school one that I loved as a kid, and that was Dirk the Daring from Dragon’s Lair. I loved that game. It was so different from other video games that had 2D animation in it. It was just very unique at that time, and it had things that I loved about both animation and video games within it. It really rekindled my love of 2D animation at just the right time, as a teenager. I really wanted that character in Wreck-It Ralph, but the legal red tape made it pretty impossible to get the rights to him. But it would be great to try and get that character freed up for a sequel, should there be one.”

Based on the fact that Wreck-It Ralph has already pulled in just under $400 million at the international box office, and has been a critical smash, I have a feeling that we may just be seeing another film in the not too distant future. And that one, I will definitely watch on opening day! 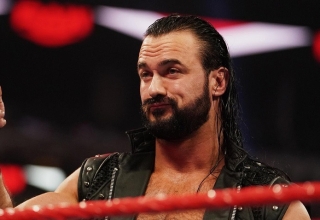