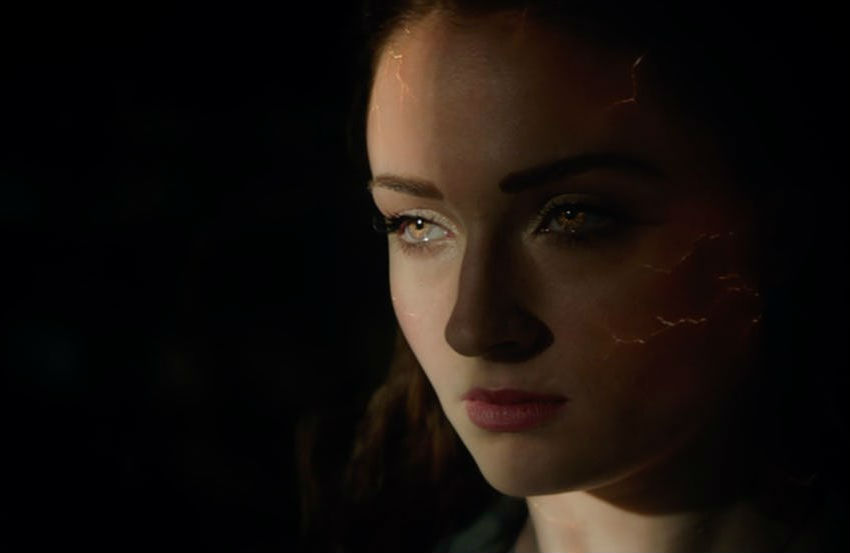 After what felt like ages of nothing but rumours and controversial delays, we finally got the trailer for X-Men: Dark Phoenix yesterday and… that was it? I know it’s just a first trailer, but I was left thoroughly underwhelmed. This essentially looked like X-Men: The Last Stand 2.0 – and while writer/director Simon Kinberg had said this was his way of fixing the mistakes he and Bret Ratner had made with that movie, I thought that meant doing a more comics-accurate adaptation of the Dark Phoenix Saga not remaking his earlier movie but only with less Juggernaut calling people bitches.

The one aspect that irked me the most was just how boring and safe this all looked. Not only have those awesome colourful costumes from the end of X-Men: Apocalypse seemingly been ditched for black and yellow leather or even plainclothes again, but the story has apparently been grounded to strip out all of the Dark Phoenix Saga’s outer space adventure aspects. Well, at least that’s what it looks like as Kinberg revealed to IGN that there may be more space-y stuff going on than we realise.

Most prominent in this regard will be Jessica Chastain’s still unnamed mystery villain. We barely see her do anything in the trailer except whisper temptations to Sophie Turner’s eponymous Dark Phoenix, Jean Grey, but she is a key character… a key alien character to be exact.

She is from, let’s say, not our planet, her character. I’ll keep it relatively mysterious but it is a cosmic story in a way that is extraterrestrial, which is something we’ve never done in the X-Men movies before but is obviously something that is integral to the Dark Phoenix story so I felt we couldn’t do what we did on X3 and ignore that.

We had to actually embrace it. So there’s a fair amount that takes place in space, and the inciting incident that starts to turn Jean, let’s say, dark and fill her with this power that she can’t control happens in space. And then there are forces from space that come to Earth because of that. 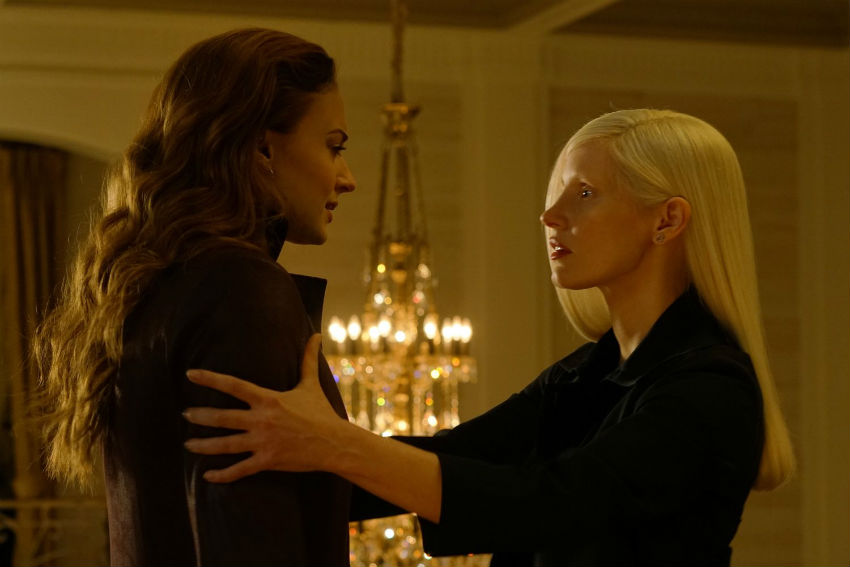 Okay, that actually sounds way more promising than the trailer which only included a few brief seconds of footage of the X-Men heading into space. Understandably, you don’t want to tip your hand too early when it comes to marketing, and Kinberg and co are possibly holding back something for next week’s New York Comic Con, but cramming the most mundane footage you have into your first preview is also not the best strategy.

As for Chastain’s character, for a long time fans have theorised that she may be a Shi’ar, the alien race heavily intertwined in the mythology of the Phoenix in the comics. Those “forces from space that come to Earth” that Kinberg mentioned sounds exactly like the Shi’ar Praetorian Guard, lending weight to that theory.

Then there’s also the speculation that Chastain’s character is Mastermind, a powerful mutant character who in the comics manipulated Jean and her Dark Phoenix persona for personal gain. While Kinberg isn’t going to spoil the character’s identity, he does hint that she’s not really any one of these characters, but more an amalgamation of these elements. Turner added that the motivation of Chastain’s character certainly aligns with these comic book characters.

It’s an interesting one and I don’t want to spill too much about it but basically Jessica’s character is very interested in this power that I’ve kind of acquired and this cosmic force that I have and she kind of wants that force to use it for her own — she has her own intentions with it and she kind of wants to use that. And she nurtures me in a way to make me kind of trust her. 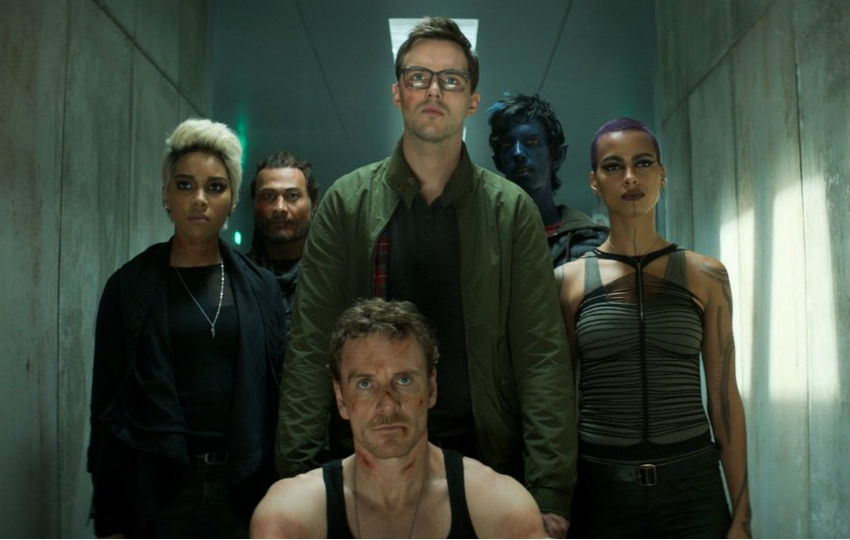 Along with Chastain’s mystery character, Kinberg and co have also revealed that mutants Red Lotus and Selene – played by Andrew Stehlin and Kota Eberhardt respectively – will also be making their debut onscreen. But for all the newness that is seemingly coming to this film, there’s still a fair amount of old ideas so to speak, as well. One of these, repurposed from X-Men: The Last Stand and several other comics in which he was a meddling dick, was the reveal that Professor Charles Xavier did something to Jean as a child to suppress her Dark Phoenix persona. However, it seems that this backfires as it may be the discovery of his manipulations that tips Jean over the edge and even draws the ire of some other X-Men like Beast who was seen in the trailer to be siding with Magneto.

People in the movie start to blame him for that not realizing what’s actually happening to her. So, yes, he did some things in the past that one could see as dubious but he did them for a good purpose, from his point of view, and so as Jean is losing control and doing these sometimes horrific certainly destructive things, for lack of an explanation for many of the characters because they don’t understand this larger cosmic entity, they are looking at Charles as the one responsible for it when in fact the movie sort of operates on two planes. 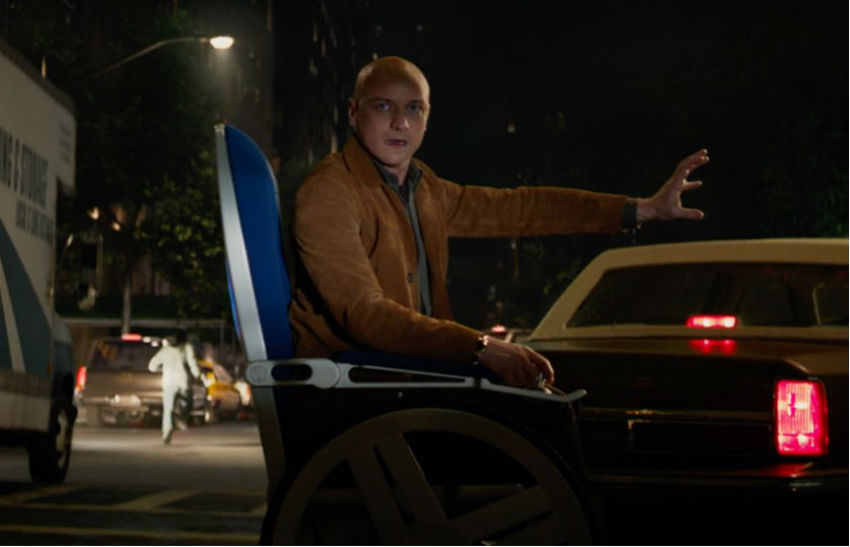 This is not a full-on Charles Xavier story though, as Kinberg insists the focus of Dark Phoenix is on the titular character.

It operates as a very personal, intimate story about Jean and her past and her struggle with her powers, and it also operates as this much larger intergalactic story with aliens involved that Charles is not responsible for.

I will admit that I’m feeling a lot better about this movie after reading these comments. However, these are only comments. My expectations for X-Men: Dark Phoenix will stay lowered until I can actually see these in action. With Disney’s takeover deal now official, this will, for all intents and purposes, be the final X-Men movie made my Fox and I would like the franchise to go out on a high note (and yes, that means getting over the leather fetish to at least give the X-Men proper costumes!) before it gets rebooted.

X-Men: Dark Phoenix is scheduled for release on 14 February 2019.